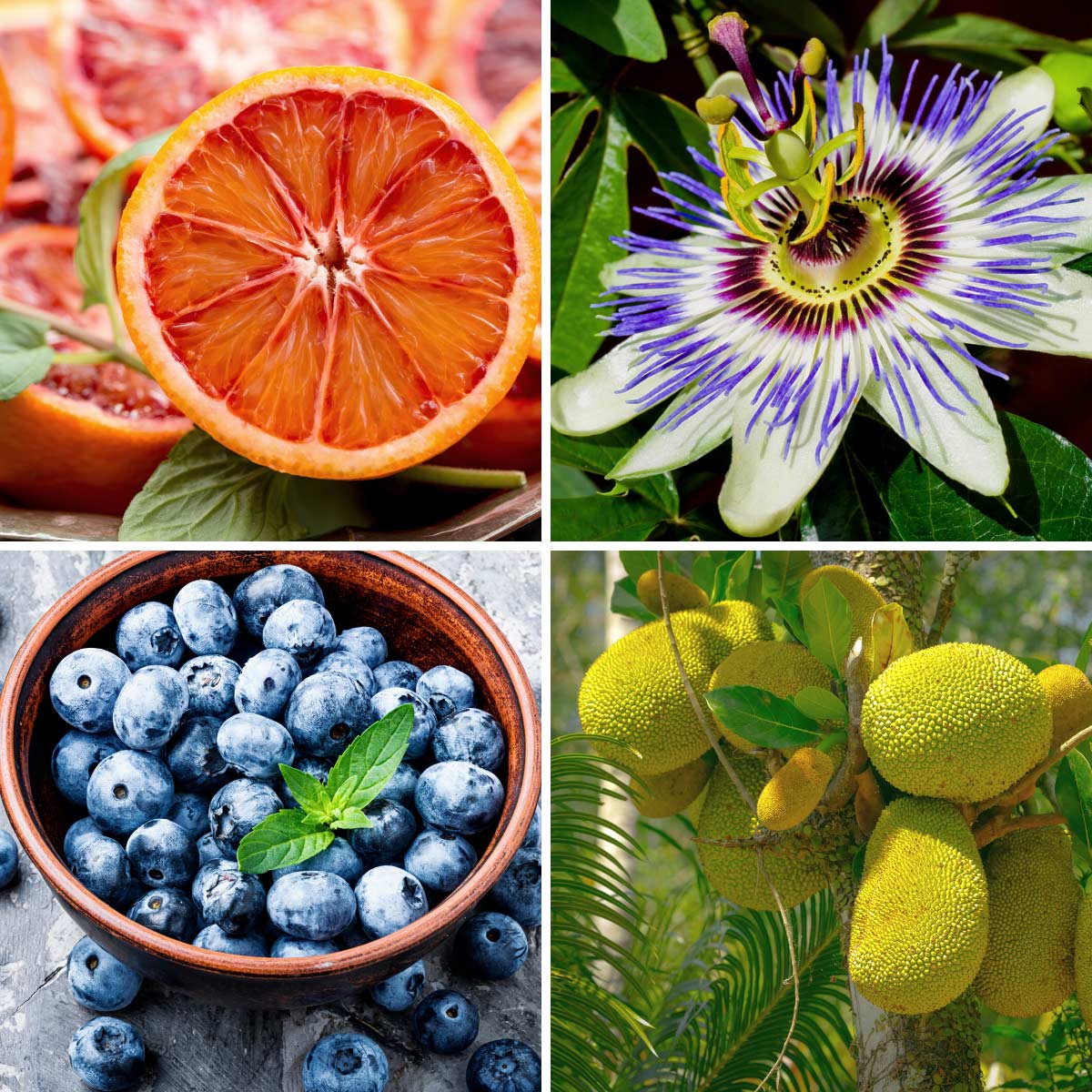 There are, perhaps unsurprisingly, many fruits that start with B. I say unsurprisingly because so many of the words used to describe fruits (black, blue, berry) are all B words.

But this only explains why there are so many familiar fruits that start with the letter B (think blackberry, blueberry, black currant, banana). Although that’s quite a few it’s nowhere near the 25 that complete this list.

There are actually fruits from all over the world that begin with B. Ever heard of a bael fruit, or the bush butter fruit? Neither had I until I did a deep dive into fruits beginning with B.

With this list of fruits beginning with B, you’ll know your barberry from your banana yucca in no time!

Use this list to give yourself a botanical education and test your family or friends on their knowledge of worldwide fruits beginning with B!

I’ve used the idea of ‘culinary fruit’ to set the boundaries for what gets included on this list.

This means that all the fruits on this list are edible items that many people, around the world, would consider eating as a fruit, whether raw or cooked.

However, I would strongly advise against eating #9! Scroll down to find out why!

Here’s my list of 25 fruits that start with B!

Related to the papaya and said to taste something between a strawberry, papaya, kiwi and pineapple, the babaco’s scientific name is Carica pentagona. It is native to Ecuador and grows in a pentagonal shape, hence its scientific name!

Also known as a Bengal quince, the bael fruit is considered sacred to Hindus and grows in India, Bangladesh, Sri Lanka, and Nepal. Its scientific name is Aegle marmelos.

This sweet fruit originally came from Japan and looks like both a strawberry and a raspberry, which has, imaginatively, landed it the alternative name strawberry raspberry.

It’s very popular in Lithuania and its scientific name is Rubus illecebrosus.

Bananas are botanically a berry, and come in many varieties. The most common bananas are sweet bananas and plantains which are often used for cooking in savoury dishes.

Southeast Asia is the more diverse banana location in the world with hundreds of varieties available to buy. The genus of bananas is Musa.

The banana melon is an heirloom melon that originates in the United States, way back in the 1880s. It is elongated and has a yellow rind (hence the banana in its name), has pink flesh and a very sweet taste.

The banana yucca is native to the deserts of the southwestern United States and northern Mexico. The young flower stalks of the plant can be eaten raw or cooked as can the banana-shaped fruits. Its binominal name is Yucca baccata.

The thorny shrubs of the barberry bush make the sharp, acidic berries very difficult to harvest. However, the berries are high in vitamin C and are most commonly used to make jams throughout Europe.

Berberis vulgaris is its scientific name.

The beach plum is a hardy and resilient plant that grows wild on the East Coast of the USA.

It was used extensively by Native American peoples as food and medicine and is currently experiencing a revival in interest thanks to a focus in many communities on foraging and locally sourced food.

The fruits are about the size of grapes and wines and gins can be produced from them. Its scientific name is Prunus maritima.

This fruit is incredibly rare and is native to Brazil where it is not cultivated and only grows in the wild. It has orange skin and a sweet and tasty white pulp and is known, scientifically, as A. salzmannii.

You’d never normally hear me urging you not to eat fruit, but the betel nut (actually a berry) is one that you certainly want to avoid!

Also known as the areca nut, this berry is chewed for its mildly stimulant effect in many southern and eastern Asian countries but has been proven to have carcinogenic effects on the body.

This is a berry-sized fruit that is commonly used as a condiment in Indian pickles and spices. It is rich in iron, vitamin C and vitamin A, and its binominal name is Carissa carandas.

This is a fragrant citrus fruit the size of an orange that is a probably hybrid of lemon and bitter orange and has a sour taste.

Aromatic extracts are often used as a popular ingredient in other products and is well-known for its use in flavouring Early Grey teas and Turkish delight. Its scientific name is Citrus bergamia.

Also known as a wimberry and a whortleberry, this fruit grows throughout the northern hemisphere and is often used for pies, tarts and muffins.

It stains the hands and tongue blue while eating, and has often been used as a dye for food and clothes in Britain. Its scientific name is Vaccinium myrtillus.

Black cherries are an important food in pre-Columbian Mexico, this fruit can be eaten raw or cooked and used in various forms such as jelly or rum. Its scientific name is Prunus serotina.

Black currants can be eaten raw but are usually cooked and used in pies, jams and syrups. Cultivation of the blackcurrant is believed to have begun in the 17th century in Europe, and the fruit’s scientific name is Ribes nigrum.

Black mulberries have been cultivated for so long that their exact origin is unknown. This delicious fruit is cultivated for its rich taste, and deep purple colour, which is almost black when ripe. Its scientific name is Morus nigra.

Blood oranges have a very unique flavor compared with other citrus fruits, thanks to their raspberry hint of flavour.

The blood orange gets its name from the dark red colour of its flesh and is a natural mutation of the orange, one of the most popular fruits today, which was itself a hybrid between the pomelo and the tangerine.

Its species is Citrus × sinensis.

Australian scientists recently created a blood lime which has grown well in poor soil, but is not currently commercially available.

Blueberries are a family of flowering plants with edible fruit in the form of blue or purple berries, which are native to north America.

There are many different species of blueberries around the world but the USA is the biggest producer of cultivated blueberries.

Cultivated varieties were first introduced to Britain in the 1930s. Blueberries are of the genus Vaccinium section Cyanococcus.

This species of flowering plant produces beautiful blue flowers and small, rather flavourless fruit. The fruit is, however, known for its medicinal uses and is added to syrups, ice cream and herbal tea in South America.

The flower is the national flower of Paraguy and the plant’s scientific name is Passiflora caerulea.

This fruit only grows in Bolivia, so you’ll have to go a bit further than the grocery store if you want to get a taste! The tree is endangered due to habitat loss, but produces small, sweet flavor coconuts.

This fruit is native to the Americas and grows from as far north as Mexico, to central America, to as far south as Argentina (despite its slightly misleading name).

The bush grows a small fruit, described as having strawberry-like, tart flavor and a sometimes bitter taste. Its species name is Psidium guineense.

Breadfruit gets its name because the flesh of the fruit, when cooked, is said to resemble the texture of potatoes or freshly baked bread.

It is a domesticated descendant of the breadnut and is used as a staple in many cuisines around the world today thanks to its filling, hearty texture.

Winning the award for most unusually shaped fruit beginning with B, the Buddha’s hand is a citrus fruit with a thick rind that originates from northeastern India or China.

The different varieties of this yellow fruit have different shapes, from closed fingered to open fingered, depending on the cultivar. Its scientific name is Citrus medica var. sarcodactylis.

This plum is edible but tart, although the paler the green of its skin, the sweeter the flesh is said to be.

It is native to Australia and the Pacific Islands, and native Australians often bury the fruit underground to quicken the ripening process. Its binominal name is Pleiogynium timoriense.

Also known as safou or butterfruit, this fruit gets its name from the fact its consistency is like butter when cooked, and is often eaten spread onto bread.

The fruit has many health benefits and is rich in vitamins though has a much higher fat content than many other fruits. Its scientific name is Dacryodes edulis, where edulis simply means edible!

Ever heard of the Buddah’s Hand? The Butter Fruit? This list of 25 Fruits Beginning with B will expand your mind!

There are so many fruits I wish I could’ve included on this list – bitter melon, black apples, bacuri fruit, batuan fruit, burmese grapes – but it had to stop somewhere! Let me know which fruit you wish I’d included and I’ll add it in when I next update the list. 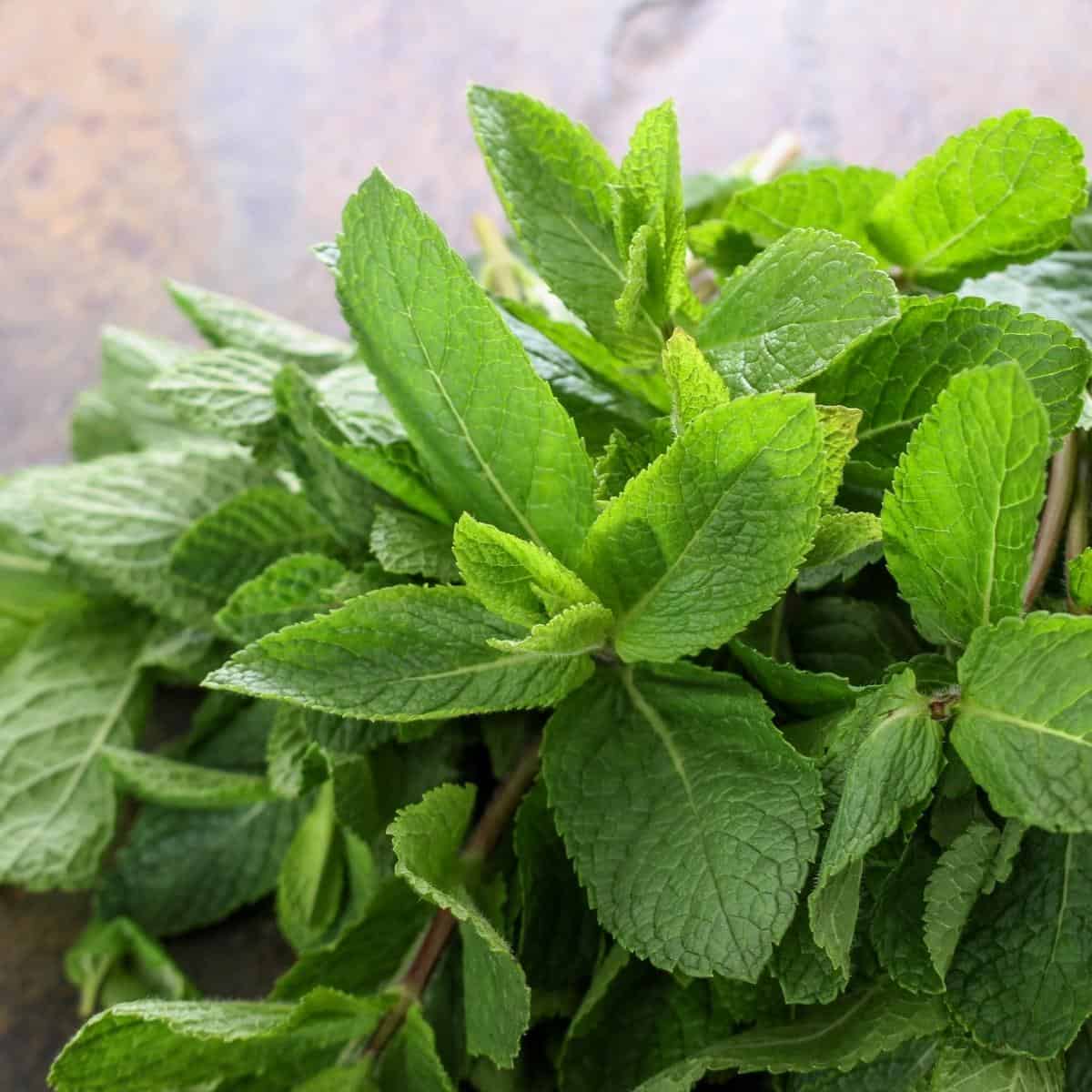 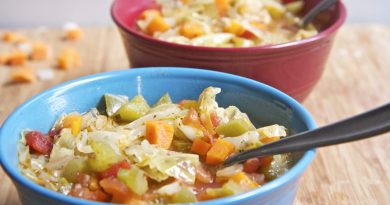