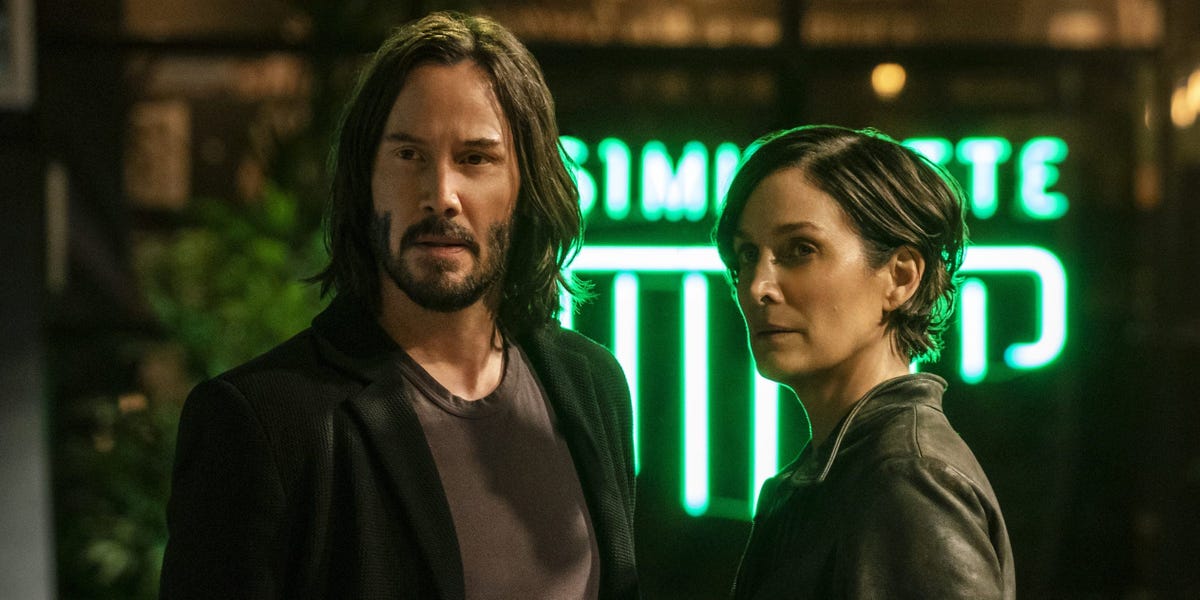 “The Matrix: Resurrections” will have you experiencing déjà vu.

The fourth “Matrix” film, in theaters and

on Wednesday, is very reminiscent of the original Oscar-winning 1999 film, at some points beat for beat.

For that reason alone, “Resurrections” is easily better than the last two installments. But, depending on who you ask, that’s a low bar to achieve since the original trilogy is beloved by most critics and fans alike in descending order.

In “Resurrections,” director Lana Wachowski returns (perhaps a bit reluctantly — there’s a surprising, biting reference to this early in the film) to deliver the next chapter in the cyberpunk sci-fi saga of Neo (Keanu Reeves) and Trinity’s (Carrie-Ann Moss) seemingly never-ending battle to try and free humanity from a machine uprising that threatens to keep them trapped inside a simulation.

Often, “Resurrections” feels like it’s trying to tap into the success of other franchise reboots like “Star Wars: The Force Awakens,” straddling the line between nostalgia and a reboot that will (likely) kick off an entirely new series of “Matrix” films. Like “The Force Awakens,” the new film brings back favorites (though maybe not enough) in their original roles while introducing younger stars to try and jump-start the saga to make it feel fresh.

The result is a mostly enjoyable — if not a somewhat repetitive — rerun of the story we’ve seen before with a few satisfying twists. Like other nostalgic reboots, it will likely cause a divide, pleasing some fans while upsetting others who want more than a two-hour retread down memory lane.

It’s like watching the first one all over again, but with the awareness that you’ve seen the 1999 film.

When we meet Keanu Reeves’ character at the film’s start, he’s not the Neo we remember. Much like the beginning of the 1999 film, Reeves is introduced as Thomas Anderson, a man trapped inside a simulation.

This time, he’s not a computer programmer. Anderson’s been upgraded to a game designer who’s been having odd dreams and flashes of a previous life that he can’t quite recall.

That may be a bit confusing to viewers. Haven’t we already watched Neo wake up from, escape, and destroy the Matrix in the first trilogy? Yes.

But for those who have recently rewatched the films — which I highly recommend you do — you’ll probably understand exactly what’s going on.

If you don’t have time to rewatch six or so hours of “The Matrix” and its animated prequel, “The Animatrix,” conveniently streaming on HBO Max, there are two things you should know going into “Resurrections.”

Well, some time has passed (I’ll let the film tell you how much) and, once again, it’s time to fly. That means Mr. Anderson needs to wake up and remember that he’s Neo, the chosen one, before he can put a stop to the Matrix.

Instead of Morpheus and Trinity, he’s joined this time by Bugs (Jessica Henwick) and a guy who calls himself Morpheus (Yahya Abdul-Mateen II). There’s more on that in a bit.

About the first hour of “Resurrections” is spent getting Neo to wake from this latest version of the simulation. You may groan a bit reading that, thinking you’ve seen this all before. Yes and no.

“Resurrections” leans heavily into the fact that you’re likely aware of Neo’s situation, with many self-aware digs at Hollywood’s reboot culture obsession.

It’s fun to watch as you’re right alongside Neo trying to piece together clues of what’s going on. Filled with hints, reminders, and flashes back to the original trilogy, those watching at home will likely want to pause, rewind, and watch again to try and catch the many nods in the background or read text on the screen.

This is where the HBO Max dual release is quite handy.

The sequel fixes the franchise’s Trinity problem, but far too much of her is in the trailers to justify her screen time.

The best thing about “The Matrix: Resurrections” is its handling of Trinity’s character, but it will give fans false expectations for her amount of screen time.

Something that always bothered me with “The Matrix” sequels was that Trinity went from this badass warrior in the first film to a little more than a love interest in “Reloaded” before being fridged in “Revolutions.”

She always felt watered down in those two sequels solely to serve Neo’s grand purpose of blowing up the Matrix. But low and behold, years later, the Matrix is still up and running.

“Resurrections” fixes its absurd Trinity death in “Revolutions” by giving Trinity more agency. Here, her inclusion feels a bit like the inverse of the first film with the sequel placing more emphasis and importance on Trinity over Neo.

Despite that, viewers should be warned that Trinity’s not in the film nearly as much as trailers want you to believe. That may lead to some disappointment.

Carrie-Ann Moss’ screen time is comparable to Zendaya’s in WB’s “Dune.” WB put so much of Trinity in the trailers that fans will falsely expect “Resurrections” to be a full-on Neo and Trinity adventure. That’s not what you’re getting here, which is a shame because the duo’s scenes are easily the film’s best.

That’s not to say their love story isn’t a focus. It’s the driving force behind the film.

“Resurrections” is less interested in the two fighting side by side and more invested in the journey to reunite the two with a focus on the importance of female consent, something that was lacking in the last two films.

Noticeable absences and recasts are felt in this sequel. That may lead to some confusion and disappointment.

No matter how much prep work you do before you watch “Resurrections,” you’ll likely still feel a little lost watching the sequel.

Much of the confusion lies in Yahya Abdul-Mateen II’s role in the film. In marketing, he gives off vibes of being a new Morpheus — a role that he plays quite well. However, a reveal may leave fans struggling to understand exactly who he’s supposed to be by the film’s end and may make fans wonder why Laurence Fishburne simply didn’t reprise his role instead. (Fishburne told the press he was never asked to come back.)

Abdul-Mateen II is the new Morpheus, but he also isn’t.

That’s a shortcoming of “Resurrections” and one reason it will not do “Spider-Man: No Way Home” box-office numbers — other than the fact “Resurrections” will be available to stream.

While Sony was able to get all of its original actors to return in “No Way Home,” “Resurrections” only manages to bring back Reeves, Moss, and Jada Pinkett Smith return — the latter of which feels fan-servicey and drags the film a bit.

Could you have imagined anyone else playing Norman Osborn in “No Way Home” other than Willem Dafoe? Exactly.

That’s how it feels watching someone else play Agent Smith in “Resurrections.” That’s not to say Groff doesn’t do a fine job, but that’s the problem. He’s no Weaving. And the result takes you out of the film a bit too much.

There’s a way to do nostalgia 20 years later and there’s a way to try and do it while cutting corners. Maybe some of those expectations aren’t fair, but now that audiences have seen a studio pull off the near-impossible with “No Way Home,” they’re going to expect that sort of commitment to reboots and sequels of decades-old franchises.

‘Resurrections’ moves at a pace similar to the original. That may not cut it for some. The premise of a sequel seems more intriguing than this entry.

The biggest failing of “Resurrections” is that it spends too much time waking people up from the simulation, something that may frustrate those who just want to see Neo and Trinity on screen kicking butt again.

Instead, after Neo wakes, the majority of the film is spent trying to wake Trinity. Many may leave the film more excited to watch a sequel because it looks like that’s where the fun is about to start.

On one hand, the film’s pacing makes sense because it mirrors the first film like poetry. On the other hand, it feels like the movie wraps just as it finally ramps up and gets going. That’s a bit disappointing.

That’s not to say there aren’t action sequences. There’s probably more action here than in the original film. But many of the scenes, though large in scale and scope, feel redundant. They don’t offer much that we haven’t seen before in a “Matrix” film. No individual sequence stands out more than the thrilling highway chase in “The Matrix 2” and there’s nothing as mystifying as Neo dodging a bullet in the first film.

The film’s best sequences don’t come until its very end and even those feel a bit lackluster with Neo’s go-to move becoming him constantly throwing his arms out to stop things like a human shield. You kind of expect a bit more from the man who can take out an army of hitmen solo in the “John Wick” franchise.

Maybe some of that is the result of COVID-19 restrictions.

Henwick told Collider that after the movie was shut down during the pandemic for about three months, Wachowski considered not finishing the project — something the actress wasn’t sure she was supposed to discuss.

Maybe some of that is the result of Warner Bros. pressuring the filmmaker to finish this film.

If you’re unhappy with “Resurrections,” it’s clear Wachowski wants you to blame the studio. An interesting line from early in the film speaks directly to this and almost gives the sequel an out if you don’t enjoy it: “Our parent company, Warner Bros., wants a sequel and they’re gonna do it with or without us.” (In 2017, WB reportedly planned to reboot the franchise without the Wachowski sisters.)

“Resurrections” feels like a forced entry for the sake of reviving a franchise that is just enjoyable enough to warrant a continuation. Even so, the sequel setup sounds more exciting and intriguing than this entry.

“The Matrix Resurrections,” also starring Neil Patrick Harris, Christina Ricci, and Lambert Wilson, is in theaters and on HBO Max on Wednesday. 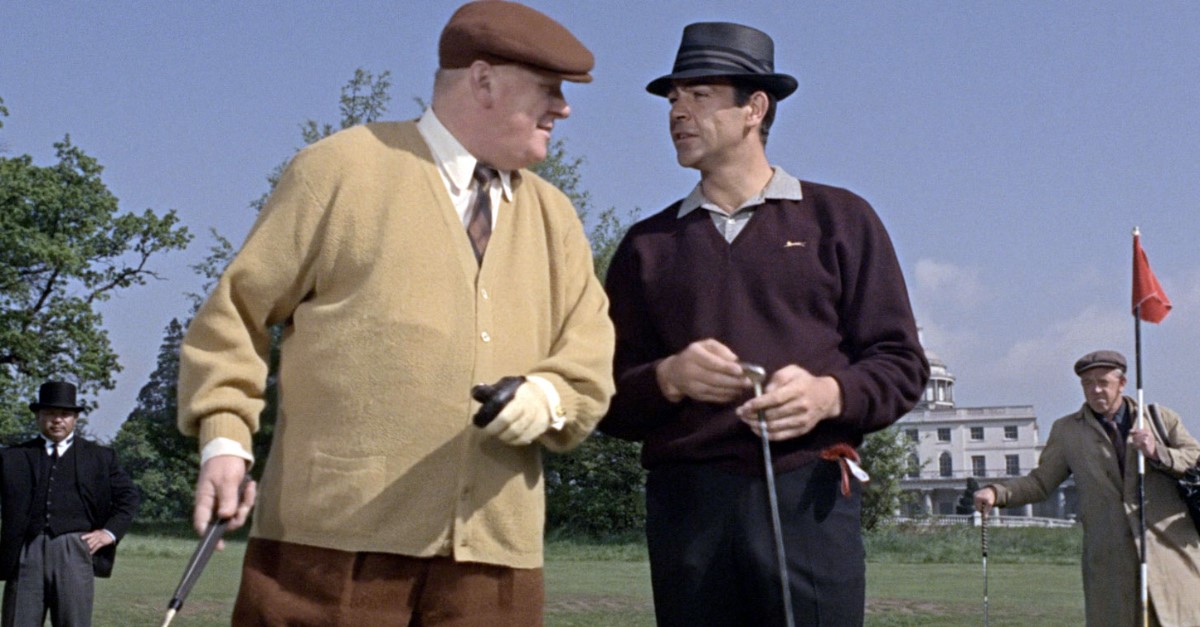 The Most Iconic Lines That Villains Had In Movies 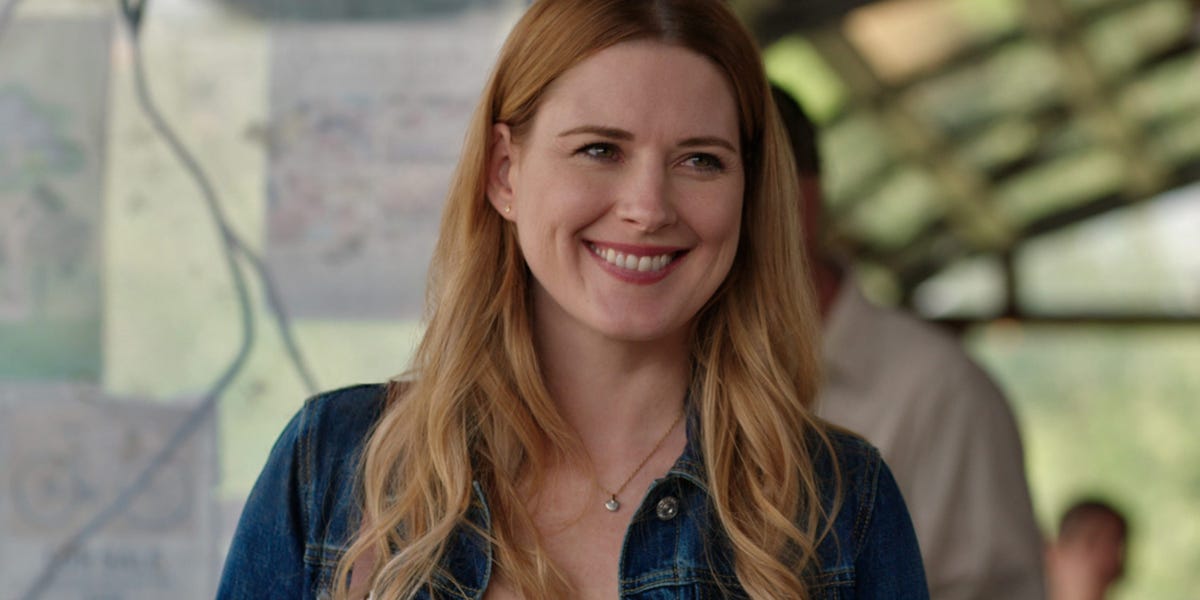 Where Every Major Character Ended Season 4 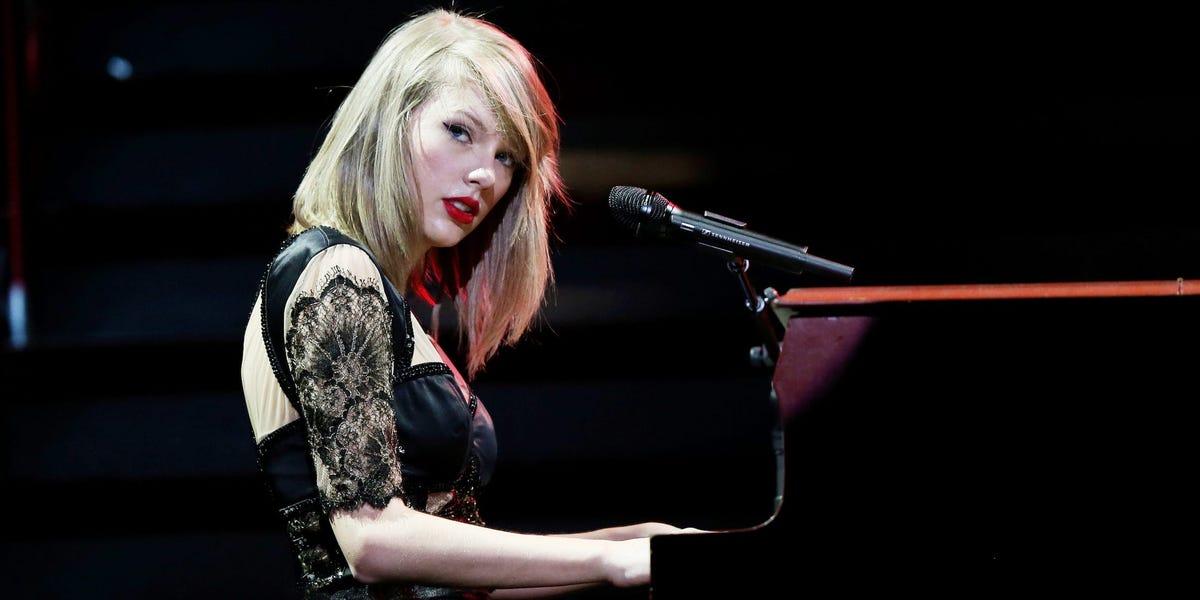 Taylor Swift Finally Unveiled the Extended Version of ‘All Too Well’