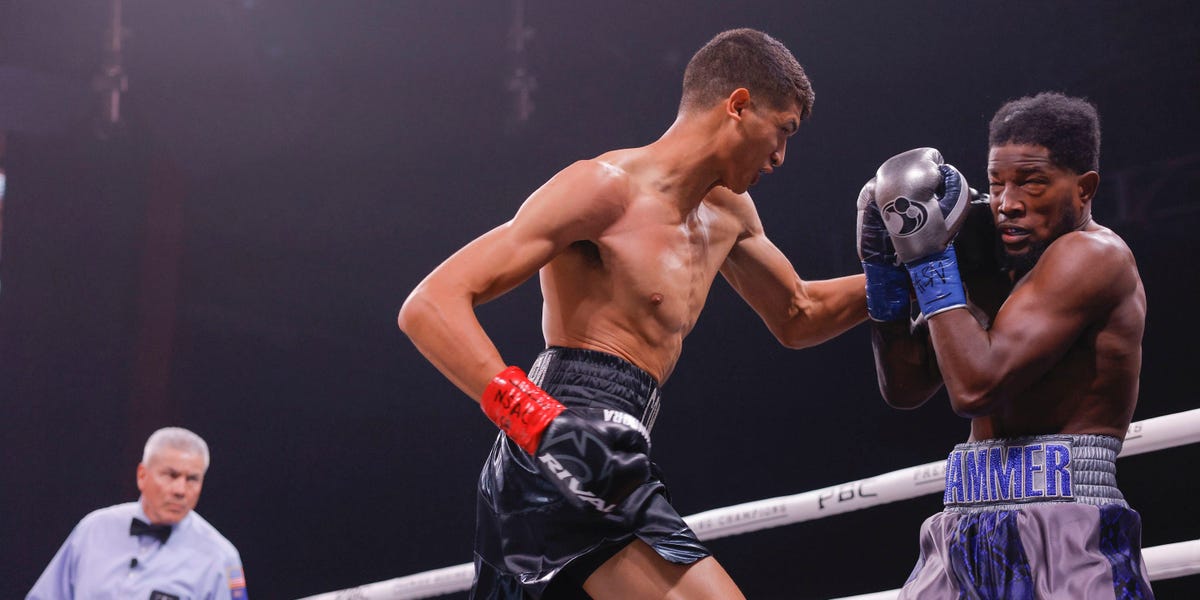 Sebastian Fundora and Erickson Lubin topped the seven-bout card with good reason, as they produced a David vs. Goliath firefight so electric it will go down as an instant boxing classic.

Lubin lost by first-round knockout to Jermell Charlo five years ago but has, in the years since, been delivering a masterclass in how to rebound from a humiliating defeat.

Though Fundora halted his winning run on the night, Lubin’s stock will no doubt rise for the heart he showed to fight despite a disfigured face. That’s what you get when you share the ring with rising star Fundora.

In a bout in which Lubin surrendered a significant height advantage, he wobbled the taller man with his solid punching early in the first round.

Fundora, a freak of nature, refused to box tall. Rather than rely on his 6-foot-6 frame at super welterweight, he fought with authority from close range, whipping left hands into Lubin’s midsection, uppercuts to the jaw, and generally had the edge when he put his punches into bunches.

Sensing how to fight Fundora, Lubin pushed him away and hit the fighter from mid-range, even wobbling him once again.

But all this did was rally Fundora, who showed great recuperative ability, fought fire with fire, and scored a knockdown of his own mere seconds from the end of the second round after a barrage of uppercuts.

Lubin was lucky the round was almost over because if the knockdown had happened midway through, he’d likely never have recovered.

But he had 60 seconds on his stool and that was enough to throw with bad intentions in the third round in a fight that had everything required to be a ‘Fight of the Year’ contender.

It was hell for those involved but heaven for fans watching in the crowd, for media on press row, and those watching at home.

From the fourth round onwards the pace started to lag behind the badass slobberknocker that unfolded in the opening quarter.

But Bodyshots were still landing all over the place, jaws were cracked for good measure, and Lubin’s facial bruising became horrific to look at.

Despite a rearranged face and likely broken nose, Lubin still had the eye-hand coordination, power, and accuracy to put Fundora on the floor in the seventh with shot after shot.

Lubin’s desire to throw had been beaten out of him in rounds eight and nine, though. And upon completion of the ninth, Lubin’s trainer Kevin Cunningham stopped the fight, thus awarding Fundora the technical knockout win.

With victory, Fundora advanced his pro boxing record 19 wins (13 knockouts) against one draw.

“I think this was probably my best performance ever,” Fundora said post-fight. “It was a back-and-forth fight. He really brought his hammer, but I decided to bring my drill. The uppercut was landing like no other.

“The uppercut is my lucky punch,” he added. “I’m here in Vegas, so I feel a little lucky, and that’s my lucky punch. It lands most of the time with everybody. Southpaw. Right hand. It doesn’t matter. Once I find that, I feel like the job’s done.”

On the stoppage, Fundora said: “I think it was a good decision for Kevin Cunningham to stop the fight. His face shifted from round one to round nine.

“It completely morphed and there was a lot of blood coming out. He’s a tough fighter. He was in the game the whole time but there’s no need to get hurt that much.”

Harrison and Garcia brought great energy to their 154-pound ruck

A crossroads fight between Tony Harrison and Sergio Garcia delivered great energy Saturday as both boxers performed like their careers near the top of the sport were on the line.

Harrison landed eye-catching flurries, pinging off well-placed shots in quick succession, and made Garcia miss big shots of his own.

Garcia, though, was unrelenting, and constantly moved his feet forward so he rarely let Harrison take a moment to breathe.

He landed sharp counters and only occasionally seemed perturbed by Harrison’s attacks, but by the fight’s midway point the American dominated the action and put a considerable number of rounds in the bank.

One of the things that won Harrison the fight was his expert appreciation of space.

It seemed like he knew where Garcia wanted to throw punches from — short range — and exploited that by moving in and out of his opponent’s danger zone while landing solid shots of his own.

Harrison’s majestic footwork, his intuitive head movement, and his dazzling shot selection were all on display against Garcia.

It was a much-needed reminder to the boxing industry that he is still that dude, and capable of scoring big wins after a knockout loss to Jermell Charlo and a draw to Bryant Perrella in back-to-back fights in the last three years.

By the fight’s end, Harrison landed a considerable amount of shots according to Compubox data sent to Insider.

True to how Insider saw the fight, the three ringside judges awarded Harrison with a unanimous decision win with two scores of 100-90 and another of 98-92.

“Muscles is the way of the streets, but skills pay the bills,” Harrison said post-fight, in a statement sent to Insider.

“He was swinging for the fences. When he was missing shots, all I heard was ‘whoosh!’ [as the shots fizzed away from his head]. I felt it. I was trying to throw a few more counter shots in between. My composure was everything.”

Fifth round sole highlight in Salgado’s draw with Perrella

A nasty left hook launched in the fifth round that sent Salgado off-balance was the sole highlight in a relatively uneventful 10-round bout that introduced Showtime’s televised card from the theater inside the Virgin Hotels.

Competing for the first time on an American canvas, Salgado had a chance to add his name to Mexico’s rich contribution to boxing, but fell short because of Bryant Perrella’s trickery.

With boxing great Roy Jones Jr. in his corner, Perrella said through fight week that they had been preparing for Salgado by drilling an assertive jab.

But as the rounds wore on, he showed more than that as he landed the punch of the night midway through the match.

Perrella found a home for his uppercut in the sixth, kept working his southpaw jab from a wide stance, and was looking more comfortable in the ring the longer the fight wore on.

Though Insider regarded Perrella’s work to have been superior on the night, the three judges disagreed and could not split the two boxers, awarding a split draw with scores of 97-93 for Perrella, 96-94 for Salgado, and an even card of 95-95.

Neither fighter was happy with the result.

“I was shocked by the decision,” said Perrella in a statement sent to Insider. “I put my all into this and I get robbed at the end of the day. It’s a tough pill to swallow. You know I easily outboxed him. He barely landed any punches.”

Compubox data sent to Insider supports Perrella’s claim as the computerized punches scoring system counted 98 shots landed from 503 thrown for Perrella (20%), compared to 68 from 375 (18%) for Salgado.

“I thought my gameplan and execution was great,” Perrella continued. “I boxed smart. I broke him down.

“He was just winging big shots any time I would step in just trying to knock me out with one punch. I kept the jab in his face. Jabs to the body. Left hands. I hurt him. Everything was going great and it looked like I was sweeping all the rounds.”

Salgado disagreed. “I felt like I won,” he said. “All Perrella did was run around and away from me … Perrella kept throwing his jab but almost never connected.”

He added: “I think that tonight was definitely a positive step in the right direction towards becoming the next Mexican star in the United States, and I look forward to pleasing the fans with more Mexican-style fights in the future.”

Premier Boxing Champions on Showtime returns April 16 for a pay-per-view offering at the AT&T Stadium in Arlington, Texas.

Errol Spence Jr. and Yordenis Ugas top an 11-bout card in a bout that has three welterweight world championships on the line. 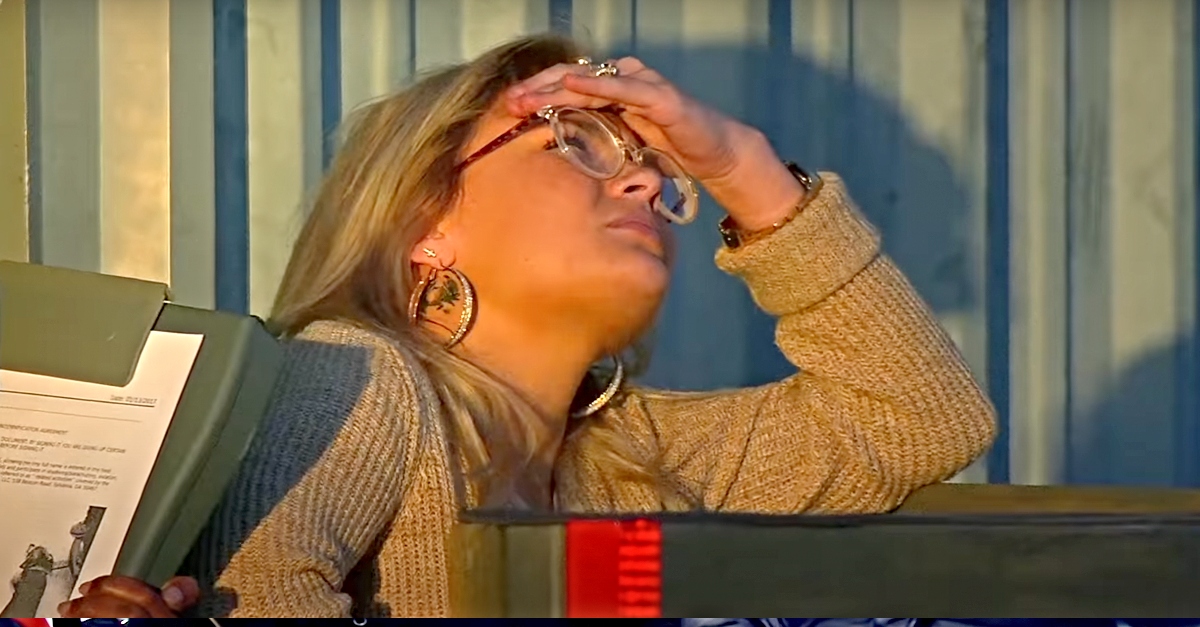 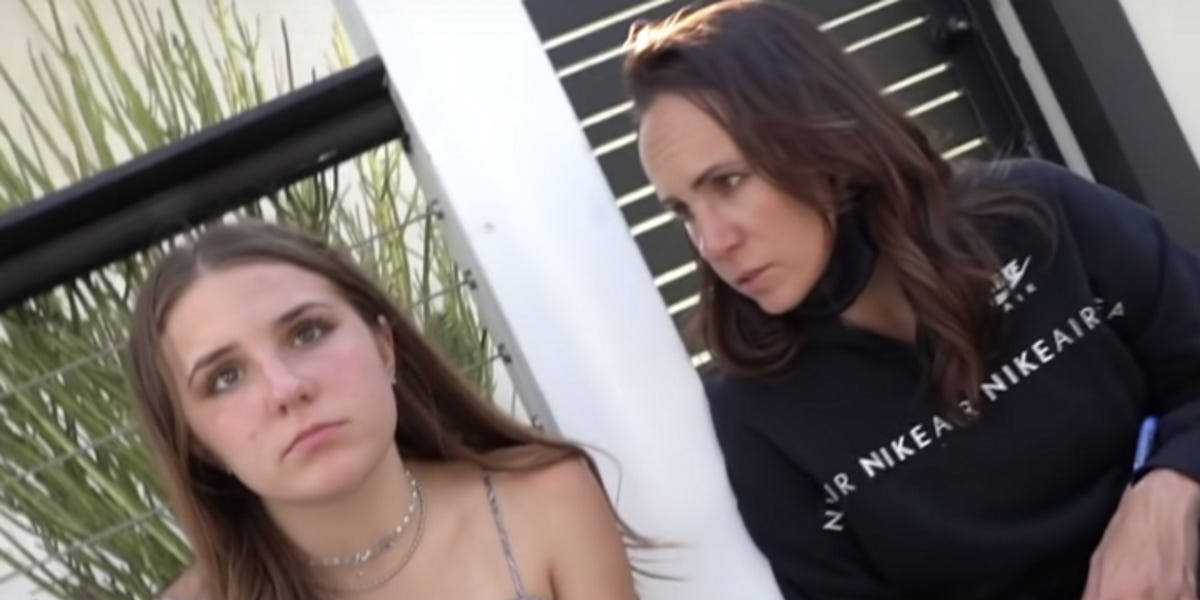 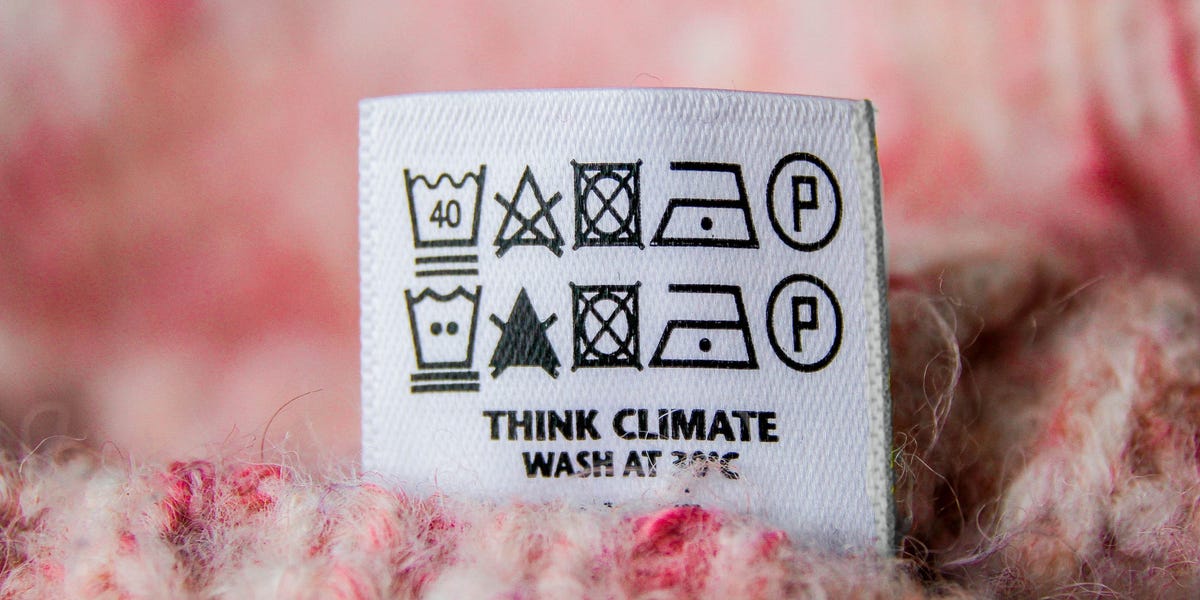 Learn What They All Mean