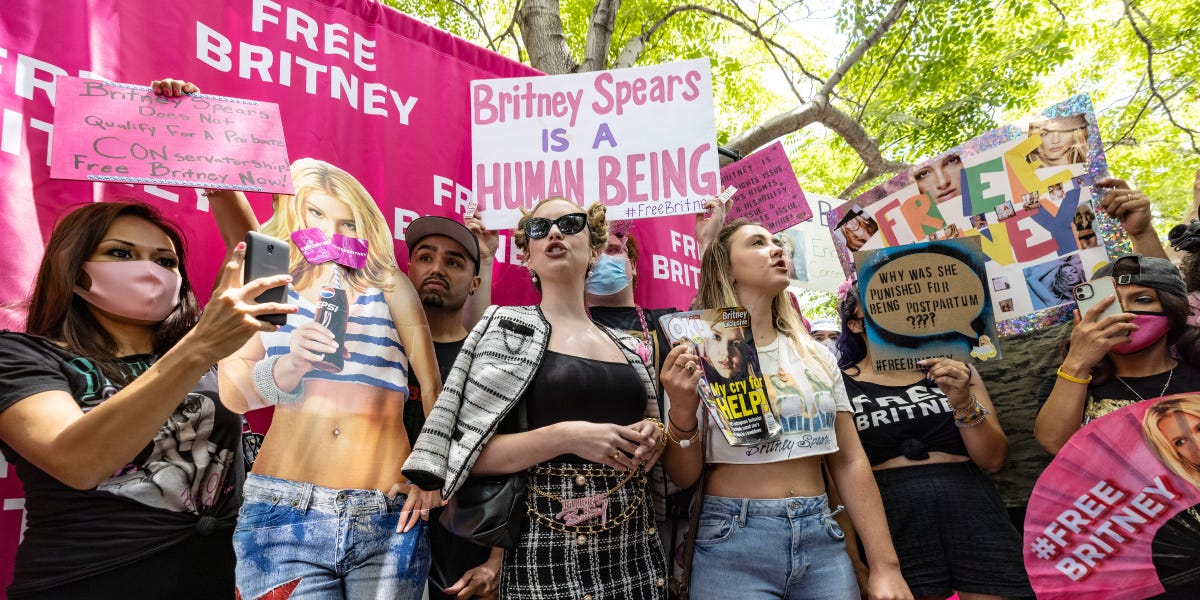 For more than 10 years, a sect of dedicated and devout Britney Spears fans have carried a torch for the singer; parsing her every post for signs of mistreatment while ringing the bell on the pop star’s now-infamous conservatorship and the many players profiting at Spears’ professional and personal expense.

Over the course of more than a decade, “#FreeBritney” — which originated as a phrase on a fan website in 2009 —  has transformed from a small community of oft-mocked devotees to a bona fide movement of worldwide activists that played a crucial role in bringing the singer’s conservatorship struggles to the forefront of culture, and eventually, to a courtroom.

The movement, which for much of the 2010s was derided by many as nothing more than a collection of conspiracy theories, gained unprecedented traction in 2019 after Spears took a step back from her career to check into a mental health facility — a move rumored to have been forced upon her by her conservators, and one that prompted fans to reignite their fight for Spears’ freedom.

In the two-and-a-half years since, the movement has gained newfound legitimacy as the pop star began a months-long legal battle to be freed from the guardianship she publicly called “abusive” and “stupid,” earlier this summer. Throughout multiple hearings, #FreeBritney supporters have been stationed outside the courthouse each time, hosting rallies and tweeting timely updates with each new break in the case.

In a euphoric moment on Friday, scores of #FreeBritney supporters celebrated in the street outside the Stanley Mosk Courthouse as a judge terminated Spears’ nearly 14-year conservatorship, bringing a symbolic end to a years-long battle many fans feel they helped fight.

“We started this journey two-and-a-half years ago, out here with just a dozen people with some posters, not a lot of media attention, being laughed at, conspiracy theories, things of that nature,” said #FreeBritney activist Leanne Simmons during Friday’s rally ahead of the monumental hearing, “And as it unfolded, who’s laughing now?”

Spears acknowledged her supporters following Friday’s hearing, posting a video of the #FreeBritney rally to her Instagram saying, “Good God I love my fans so much it’s crazy,” and hashtagging the post #FreedBritney. Her lawyer, Mathew Rosengart, thanked her fans directly, telling the crowd they were “essential” in bringing about the end of the conservatorship.

But while Friday’s ruling may seem like a natural conclusion to the movement’s advocacy and existence, organizers, activists, and fans told Insider #FreeBritney isn’t going anywhere.

“Now we have to kind of reevaluate what our next goal is, because the movement doesn’t end just when Britney’s free,” Simmons, who helps run social media for #FreeBritney, told Insider.

“This is bigger than Britney. It’s not just about Britney,” Simmons added. “It’s about disability rights and women’s rights.”

The event featured several speakers who discussed the harms associated with conservatorships, including Travis Campbell, the eldest son of “Rhinestone Cowboy” singer Glen Campbell, who spent his final years under a guardianship supervised by his fourth wife.

Both Campbell and his wife, Trudy Campbell, thanked the #FreeBritney movement for bringing publicity to the issue of conservatorship abuse.

“You guys are the voice of change,” Trudy told the crowd.

Another speaker, disability rights advocate Judy Mark, told Insider she’s been involved in fighting conservatorship abuse for at least a decade and credited the #FreeBritney movement with finally bringing national attention to the topic.

“We have not been able to get the attention of legislators in a decade,” she said. “We’ve been trying to get tiny, itty, bitty bills passed, and we can’t even get that.”

But there was a turning point, according to Mark, when members of the #FreeBritney movement realized the issue was bigger than Spears, and disability activists are hoping to capitalize on that momentum and turn it into political action.

“When they first heard about Britney, they thought there was something wrong. They thought ‘this can’t be real,” Mark said of Spears’ fans. “And then when they found out about the hundreds of thousands of people under conservatorship in the state of California, and the millions around the country, they said ‘this shouldn’t be ignored.'”

According to Mark, leaders of the #FreeBritney movement are co-sponsoring her proposed legislation, which would make it more difficult for an individual in California to be placed under a conservatorship and would set time limits for those who do find themselves in the legal arrangement.

“These people are not experts in disability law. They’re not experts in probate law,” Mark said, referring to Spears’ fans. “But what they are, is passionate. And they understand injustice.”

Several fans told Insider they were committed to remaining part of the #FreeBritney movement as the community continues to fight conservatorship abuse.

But many are hoping for an additional outcome, as well.

“I think that [Jamie Spears] deserves to be in jail, probably,” one supporter, Neil Wolf, told Insider.

It was a frequent refrain from revelers outside the courthouse. Even as they celebrated Spears’ freedom, her supporters’ minds were never far from the cohort of characters they hold responsible for Spears’ suffering.

“This doesn’t end here. They need to proceed with making sure the people responsible for this go down,” said fan Frankie Adams.

“The answer ultimately is up to my client, Britney,” he said. The attorney has previously suggested that criminal charges against Jamie could be possible.

And while several supporters told Insider they hope Spears does “whatever the fuck she wants” with her newfound freedom, members of the movement plan to stick around.

“There are so many countless victims out there who don’t have advocates standing up for them,” Simmons said. “And the responsible thing to do with a platform like we’ve created is to fight for other causes.” 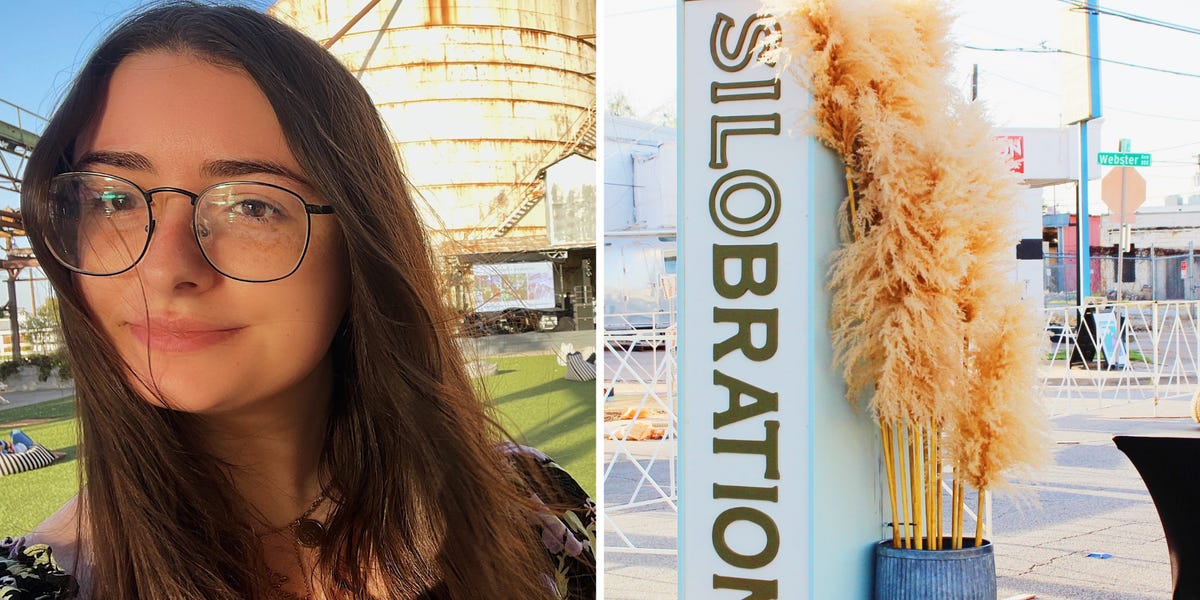 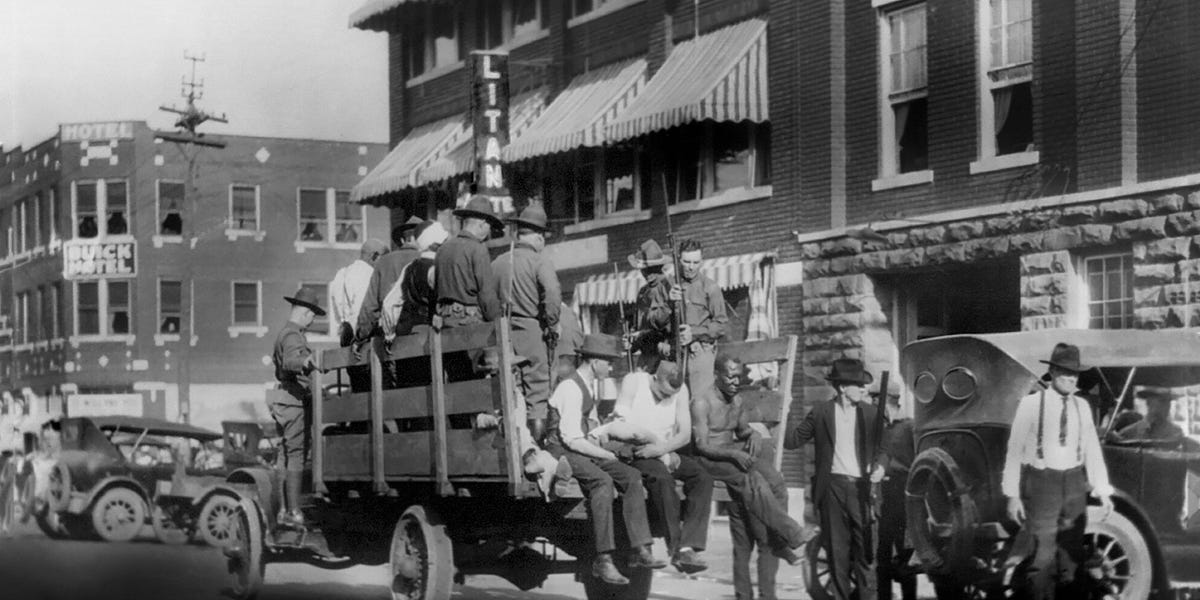