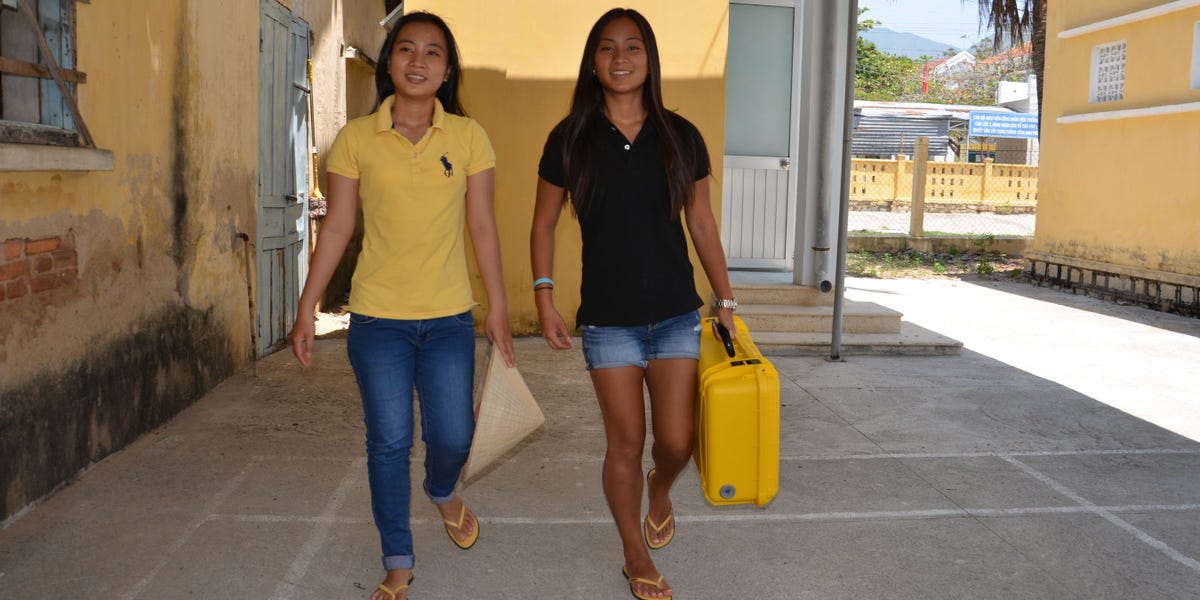 When Isabella Solimene told her identical twin, Ha Nguyen, she had begun the long process to become a US diplomat in the Middle East, Nguyen could have been forgiven for wishing that her sister wouldn’t leave.

After all, the twins didn’t grow up together or meet until they were 13.

The twins’ story began in 1998, when their birth mother saw that the newborns were malnourished. She didn’t have enough money to buy them food.

She placed Solimene in an orphanage. But she arranged for Nguyen — the sicker of the two girls — to be adopted by her sister and her partner. The couple, who lived in a rural village, doted on Nguyen as she grew up.

Solimene had to wait until she was 4 to be adopted by an affluent white couple from Chicago. They’d flown to Vietnam with the dream of expanding their family. They visited Solimene’s orphanage and chose to take her home. She went on to grow up in the US with their five other kids.

The twins’ story is chronicled in Erika Hayasaki’s new book, “Somewhere Sisters: A Story of Adoption, Identity, and the Meaning of Family.” It features interviews with Nguyen, Solimene, and their families.

Each girl was told about their identical sister when they were old enough to take it in. But they were too young to process the situation.

Neither put pressure on their parents to track the other one down, Hayasaki said.

“I was curious about my twin. I knew she lived in America,” Nguyen told the writer. But, she added, “I told myself I would not ever go to America. So I just thought then, ‘I guess I will not ever meet my twin sister either.'”

As for Solimene, she told Hayasaki, “I grew up being curious about it.” She added, “There was another person out there just like me, but I didn’t feel like I needed to know who it was.”

Nguyen’s adoptive parents — a rice picker and a babysitter — raised their daughter in a humble village with sparse electricity. It was situated in the mountains in a coastal region hit by typhoons. They didn’t have the resources to trace her sibling. But Solimene’s adoptive family did.

Solimene’s mom told Hayasaki that she felt it was her duty to bring them back together. She’d read a number of expert studies about the psychology of twins.

She said that she’d thought, “I’m going to just find this little orphan girl and bring her here,” and that Solimene’s sister would be “child number seven in our family.”

The mom was determined to locate Nguyen. Hayasaki wrote that the mother visited Vietnam to ask the staff at the orphanage for clues. She tried to get hold of adoption records. But there were too many privacy rules. It was especially challenging because she couldn’t speak Vietnamese.

In the end, she asked a local woman for help. The woman, who had a variety of contacts in the region, became her eyes and ears.

Hayasaki wrote about the search for Nguyen in her book. She said the journey began with local gossip about the twins’ biological mom. People said she took them to the orphanage because she couldn’t afford to feed them.

She showed them a picture of Solimene — it might as well have been a photo of Nguyen.

Solimene’s mom visited the family in July 2008. She played videos of her adoptive daughter practicing her favorite sports.

Nguyen told Hayasaki she felt overwhelmed. She recalled the Vietnamese woman translating the conversation. At one point, Nguyen said, Solimene’s mother asked, “Do you want to climb in my backpack and come back to America with me?”

Nguyen was shocked. “She said firmly in Vietnamese: ‘No,'” Hayasaki wrote. “Her defenses suddenly shot up.”

The girl wondered whether it was a scam. She wasn’t sure whether the American had her sister after all. She told the interpreter that she wanted to meet Solimene in person. “We’ll bring her back,” the American woman replied.

She began to wire money to Nguyen’s parents to help meet the costs of raising her. But, she told Hayasaki, she questioned her white privilege and her desire to have Nguyen come to the US.

“You know, like who am I to think that I’m going to come in and save this little girl?” she told Hayasaki. “She’s so happy.”

Hayasaki wrote that the meeting — which took place at an airport — was awkward. The girls compared their features, but their different hairstyles set them apart. They couldn’t communicate because of the language barrier and the fanfare at the airport.

Solimene, who had always been reserved, said her body went “limp” when Nguyen gave her a hug. She said that she felt “resentful” because she already had a sister in the US and didn’t want another. But Nguyen was overcome with emotion and didn’t pick up on it.

It was a slow start. But, Hayasaki wrote, the twins began to relate to each other. They talked about their respective childhoods. They laughed when Solimene recalled the time that a child bullied her by blocking the slide at the playground. Nguyen said she’d never had a slide. “I would get bullied if someone took my rocks,” she told her sister.

“We have similar scars in similar places,” Solimene told Hayasaki. “Different little nicks and moles all over our bodies.”

Nguyen and Solimene went to the same college in the US

The Solimene family paid for Nguyen to attend an elite private school in Vietnam. They rented an apartment so that her parents could live nearby. They also gave Nguyen the latest electronics, including a laptop and an iPhone.

In 2016, Nguyen decided to finish her high-school education in Chicago. She told Hayasaki that it was hard to leave Vietnam. She said that after saying goodbye to her parents and boarding the bus to the airport, she thought, “This is not forever. This is a normal goodbye. I will come back.”

The twins became inseparable as Nguyen settled into life in the US. They left high school in 2018 and studied at the same college for four years.

Solimene told Hayasaki that her sister “has helped me a lot in my life to be a little bit more emotionally present.” The young woman added, “She has allowed me to grow in an environment that is a safe space. I have always felt like she’s had my back.”

Nguyen said she was happy for her twin to pursue a career in diplomacy — even if meant living thousands of miles apart for a second time.

“I know she will say the same to me,” Nguyen told Hayasaki. “And I know we will always find a way to come back to each other.” 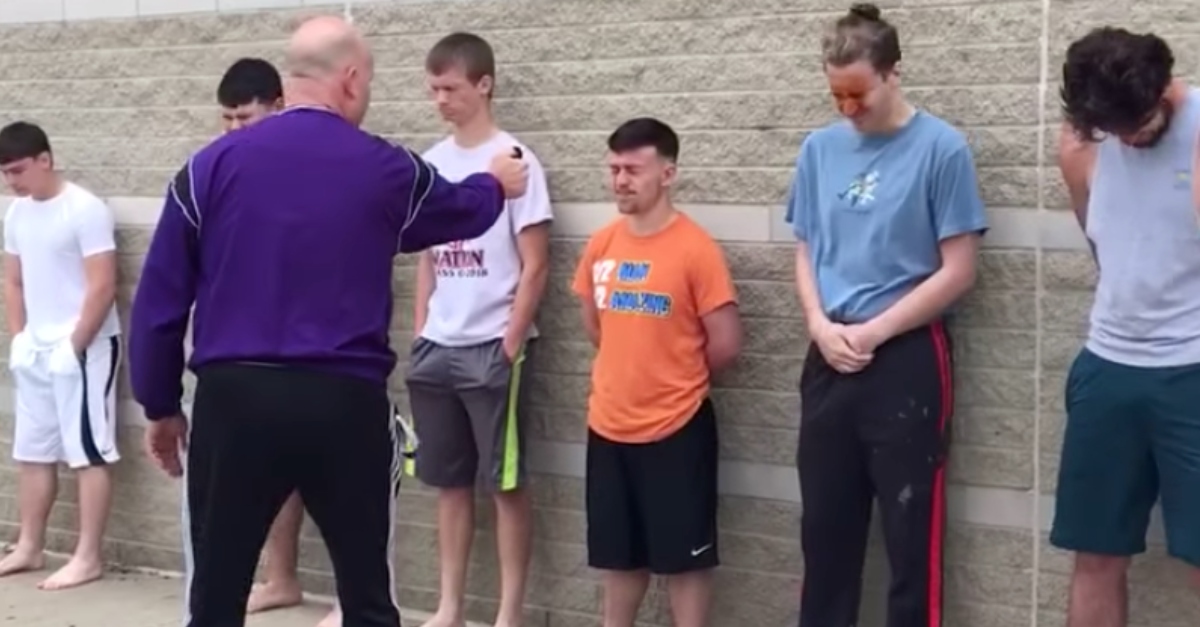 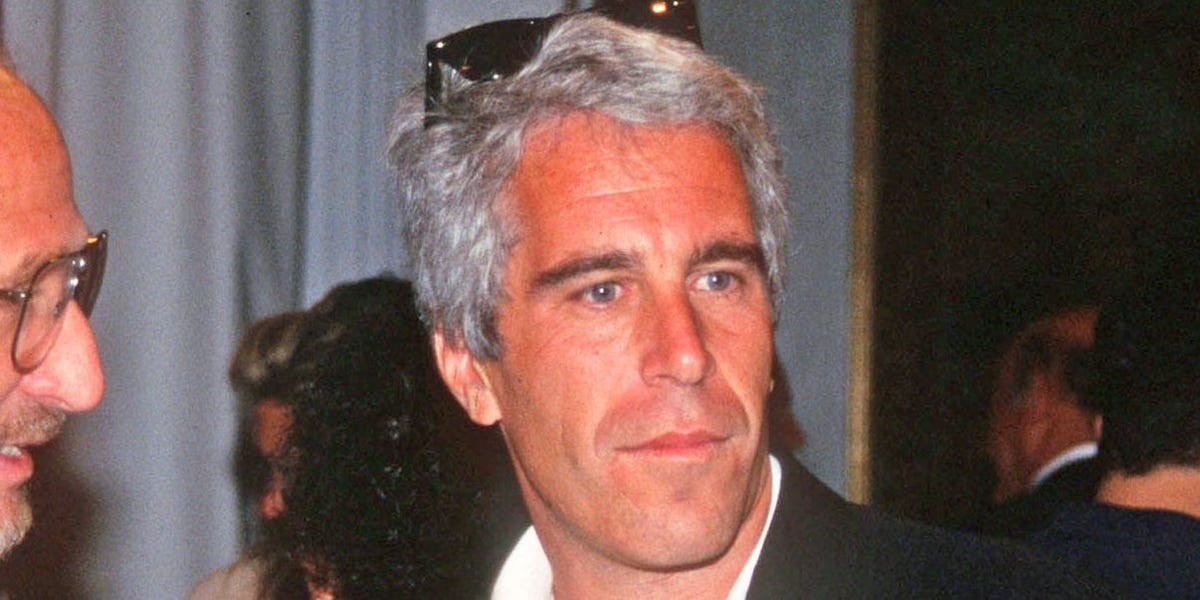 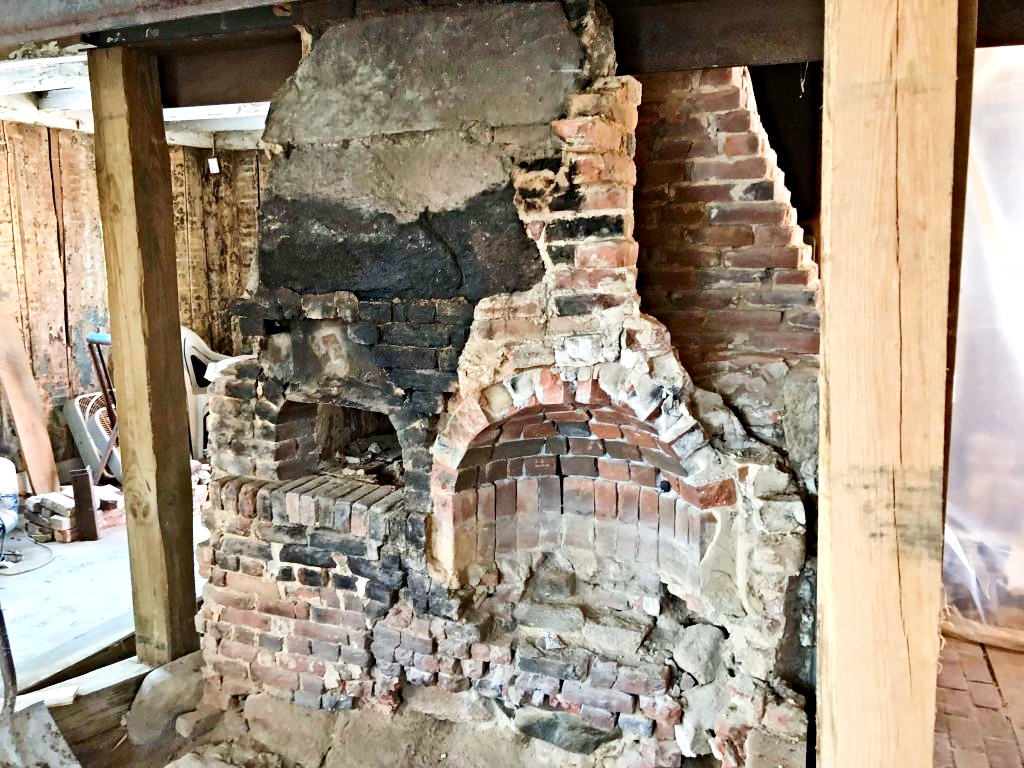 Man Finds Old Bag In Chimney, Opens It Up To Find Relic Untouched After 400 Years