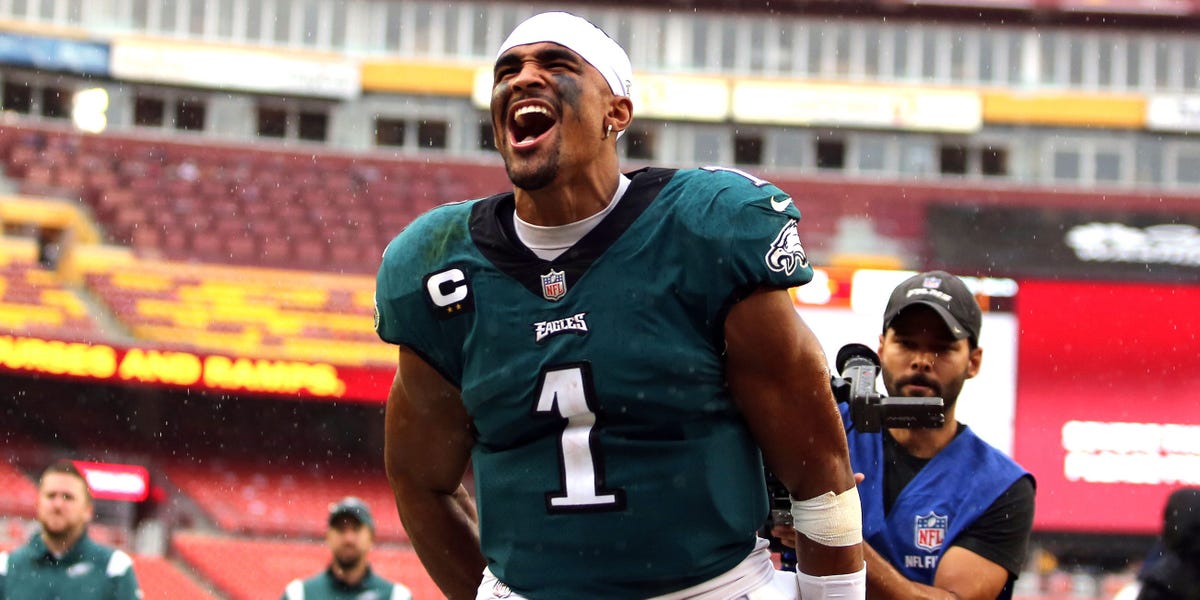 One thing to know: The Houston Texans haven’t won a game yet this year. But by way of their Week 1 tie against the Colts, they also do not currently have the worst record in the NFL. Quite an accomplishment.

One thing to know: Joe Flacco won one of his three starts filling in for the Jets QB Zach Wilson, who has been recovering from a preseason injury. But now that Wilson is set to make his first start of the season this week in Pittsburgh, can he top Flacco’s number?

One thing to know: Baker Mayfield finally got his first win as a Carolina Panther. With Christian McCaffrey limited in practice this week, it’s possible Mayfield will have to continue to carry the offensive load for the team.

One thing to know: Carson Wentz’ first game against the Philadelphia Eagles was not the happy bit of revenge he was hoping for. Wentz was sacked nine times by the Birds, and his Commanders failed to score an offensive point for the first 58 minutes of action. Better luck this week.

One thing to know: Running back Khalil Herbert came through in a big way for the Bears last week against Houston. With David Montgomery down due to injury and Justin Fields still barely throwing the ball, Herbert will need to step up once again if the Bears are to keep pace with the Giants in New York.

One thing to know: The Raiders are likely better than the 27th best team in the NFL, but as they continue to pile up loss after loss, the argument is getting harder to make. Derek Carr and Davante Adams need to figure it out, and fast.

One thing to know: The Seahawks are averaging just over 15 points per game to start the year. This week, they’re up against the Lions, who are scoring more than 30 points per game. Things could get ugly.

One thing to know: Cordarrelle Patterson is third in the NFL in rushing yards through three weeks. Pretty good for a player that jumped between four teams in five years before finally landing with the Falcons.

One thing to know: Saquon Barkley looks like he’s back to his old self, but the rest of the Giants offense is still looking for a bit of a kickstart. With Tyrod Taylor waiting in the wings, Daniel Jones may only have a few weeks left before New York decides it’s time to try something new.

One thing to know: Despite nearly giving the game away several times, the Colts pulled off one of the biggest upsets of the young season, taking down the Kansas City Chiefs for their first win of the year. Matt Ryan had his best game as a Colt yet, completing 73% of his passes and throwing two touchdowns in the winning effort.

One thing to know: Mike Tomlin knows how to win games when he needs to. With the Steelers facing a potential third-straight loss, but coming into Sunday with a few extra days of rest, their game against the Jets feels like one where Tomlin finds a way.

One thing to know: Mac Jones suffered a high ankle sprain against the Ravens, leaving his status against the Packers in doubt. Should he be sidelined, the Patriots will likely be turning to veteran backup Brian Hoyer to take on Aaron Rodgers. Good luck to all involved.

One thing to know: After a somewhat sluggish start to the season, Derrick Henry found some form against the Raiders, rushing for 85 yards and a score against the Las Vegas defense. Henry is the engine that makes the Titans offense go, so he’s going to have to keep moving if Tennessee is to turn their poor start around.

One thing to know: The Detroit Lions are better than their record indicates, having fought back in their Week 1 loss to the Eagles, and leading for most of the game against the Vikings before faltering on Sunday. If they can start to put together four quarters of football, they could be a problem in the NFC.

One thing to know: Jameis Winston didn’t look great in the Saints’ loss to the Panthers as he was fighting through back pain. Missing a good amount of practice in the lead-up to this week’s game against the Vikings in London, it’s unclear how much better Winston is going to feel come kickoff time.

One thing to know: As a team, the Browns are currently averaging 5.1 yards per carry on the ground. That should sustain the offense for quite some time barring a catastrophic turn of events for their offensive line.

One thing to know: Having watched all three of the Broncos games thus far this season in their entirety, it is legitimately shocking that this team is 2-1. Denver has overcome poor play and poorer coaching to get this far with a winning record. At some point though, this team is going to need to iron out the wrinkles or else pay the price.

One thing to know: After a thrilling performance from Kyler Murray two weeks ago, the Cardinals offense was once against stagnant on Sunday against the Rams. DeAndre Hopkins, currently suspended for violating the league’s PED policy, returns in just three weeks. It can’t come soon enough.

One thing to know: The good news: Joe Burrow is no longer alone at the top of the “most sacked QB” rankings this year, with Carson Wentz joining him last week. The bad news: Wentz needed to get sacked nine times in one game just to tie Burrow’s mark.

One thing to know: Cooper Rush is making a lot of doubters, myself included, eat some crow. Rush is now 3-0 in his career as a starter, including two wins under his belt already this year with the Cowboys. While talk of a quarterback battle in Dallas is highly dubious, Rush is certainly moving the offense along better than anyone could have hoped.

One thing to know: The Vikings are 2-0 playing in London since the NFL started its international tour, with their last win across the pond coming in 2017. Can they make it three in a row?

One thing to know: Justin Herbert did not look like himself in last week’s loss to the Jaguars, but the more concerning injuries for the Chargers at this point might be those to Rashawn Slater and Joey Bosa, who are both expected to miss extended time.

One thing to know: The Jaguars look legit. Head coach Doug Pederson returns to Philadelphia with his new team this week to face off against the franchise he once coached to a Super Bowl. It’s Jacksonville’s biggest test yet, and should tell us a lot about their potential as a contender heading into the heart of the NFL season.

One thing to know: For any other receiver in the NFL, four catches for 44 yards is a quiet, but not entirely unexpected night of production. For Cooper Kupp last week, it was downright jaw-dropping — his lowest yardage total since December 2020.

One thing to know: Tom Brady and the Tampa Bay Buccaneers offense haven’t managed more than 20 points in a game yet this season. They’ll likely need more than that if they’re to beat the Chiefs on Sunday.

One thing to know: With each passing week, Lamar Jackson’s next contract gets bigger and bigger. Should he go on to win MVP this year, we could be looking at a billion dollar athlete.

One thing to know: Aaron Rodgers might not have many receivers to throw to, but he’s still finding a way to make it work. Rookie Romeo Doubs caught all eight of his targets last week, and looks likely to figure into the Packers offense more prominently as the season wears on.

One thing to know: Patrick Mahomes was not happy when the Chiefs decided against running a play just before halftime to potentially score some cheap points. We’ll see if Kansas City has smoothed things over on the sidelines heading into its game against the Buccaneers in primetime.

One thing to know: Jalen Hurts is looking like an MVP candidate, making huge plays for the Eagles with both his arm and his legs. With the NFC looking wide open this year, Philadelphia could be poised for a run.

One thing to know: Offensive coordinator Ken Dorsey could not contain his frustration after the Bills lost to the Dolphins last week. Hopefully he has a new tablet and headset ready to go for this week against the Ravens.

One thing to know: The Dolphins are undefeated. Head coach Mike McDaniel is looking like a wunderkind. Offense, defense, and special teams are all working in tandem to secure wins. Given how stacked the AFC is, it’s hard to believe, but the Dolphins are the top team in the NFL heading into Week 4. Whether they survive a Thursday night road game against the Bengals is another story. 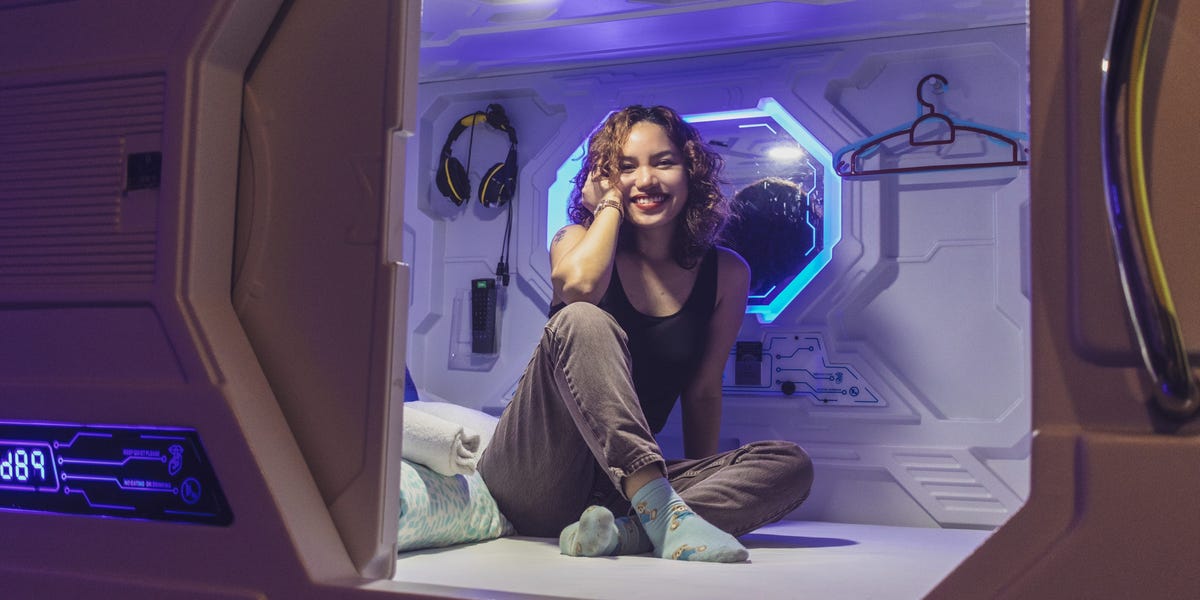 I paid $45 to stay in a capsule hostel in the heart of Singapore’s backpacking district for one night. I’ll never go back to it. 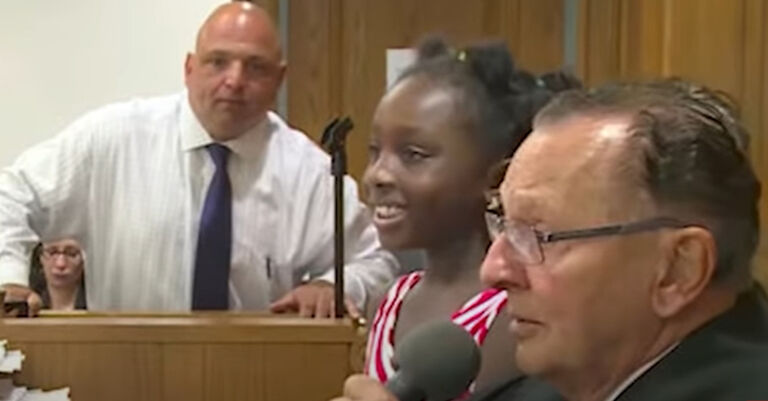 Judge Who Fined Mom Over Parking Gets Taught Costly Lesson 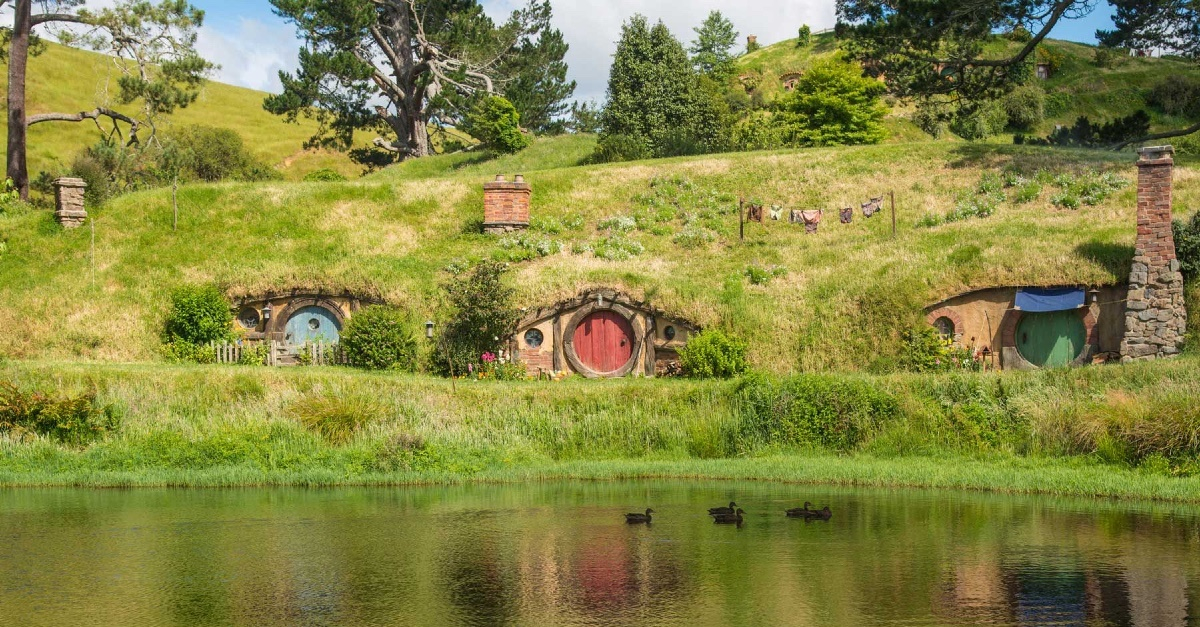