Living organisms are continuously undergoing chemical reactions which give rise to energy changes in their bodies. All these reactions and changes are termed metabolism. Metabolism consists of two processes, the synthesis or building up of complex body substances from simpler constituents and energy, and the decomposition nor breaking down of these complex substances and energy. The first process is known as anabolism and the second as catabolism.

One of the main characteristics of living organisms is the ability to feed. This is referred to as nutrition. Nutrition is, therefore, the process of acquiring energy and materials for cell metabolism, including maintenance and repair of cells and growth. In living organisms, nutrition is a complex series of both anabolic and catabolic processes using which food materials taken into the body are converted to complex body substances (mainly for growth) and energy (for work). In animals, the food materials taken in are usually in the form of complex, insoluble compounds. These are broken down into simpler compounds, which can be absorbed into the cells. In plants, complex food materials are first synthesized by the plant cells and then distributed to all parts of the plant body. Here, they are converted to simpler, soluble forms, which can be absorbed into the protoplasm of each cell. The raw materials necessary for the synthesis of these complex food materials are obtained from air and soil in the plant’s environment.

All living organisms that cannot provide their energy supply by either photosynthesis or chemosynthesis are known as hetero strophes or hetero strophic organisms. Hetero strophic means feeding on others’. All animals are hetero strophes. Other organisms such as many types of bacteria, a few flowering plants, and all fungi use this method of nutrition. How hetero strophes obtain their food varies considerably. However, how the food is processed into usable form within the body is very similar in most of them. But all green plants possess the ability to manufacture carbohydrates from certain raw materials obtained from the air and soil. This ability is important not only to the plants themselves but also to animals, including man, which depends directly or indirectly on plants for food.

Photosynthesis is the process whereby plants manufacture their foods through the use of energy from the sun and available raw materials. It is the manufacture of carbohydrates in plants. It takes place in the chlorophylls (i.e. green) cells of leaves and stems only. These green cells contain chloroplasts, which are essential for the synthesis of food. All the raw materials required for photosynthesis, namely, water and mineral salts from the soil, and carbon dioxide from the atmosphere have, therefore, to be transported to the chlorophylls cells, which are most abundant in leaves.

The tiny pores, or stomata, which usually occur in greater numbers on the lower surfaces of most leaves, allow gases from the atmosphere to pass into the tissues within. A stoma is an oval-shaped epidermal cell known as a guard cell. Each stoma is the aperture of a sub-stomata air chamber. This is a large intercellular air space, which lies adjacent to the stoma. It is continuous with other intercellular air spaces found inside the leaf. The size of each stomata pore depends on the curvature of the guard cells flanking it. When the guard cells are full of water they become swollen, or turgid, and consequently, the pore opens. However, when the water level is low they become soft, or flaccid, and collapse, as the result, the pores close. When the stoma is open air enters the sub-stomata chamber and diffuses throughout the intercellular air dissolves in the water, which surrounds the cells. This solution of carbon dioxide then diffuses into the cells of the leaf, particularly the palisade cells. Here, it is used by the chloroplasts for photosynthesis.

Water carrying dissolved mineral salts such as the phosphates, chlorides, and bicarbonate of sodium, potassium, calcium iron, and magnesium, is absorbed from the soil by the roots. This soil water enters the roots hairs by a process called osmosis the movement of water molecules from a region of lower concentration to a region of higher concentration through a semi-permeable membrane. It is then conducted upwards from the roots, through the stem to the leaves by the xylem tissue. It is transported to all the cells, via the vein and their branches.

The chloroplasts contain the green pigment, (chlorophyll) which gives the plants their color and is capable of absorbing light energy from sunlight. This energy is used for one of the first essential steps in photosynthesis; namely, the splitting of the water molecule into oxygen and hydrogen. This oxygen is liberated into the atmosphere. The hydrogen components are used to reduce carbon dioxide, in a series of enzymes and energy-consuming reactions, to form complex organic compounds like sugars and starches.

During photosynthesis, high-energy-continuing compounds like carbohydrates are synthesized from low-energy-containing compounds like carbon dioxide and water in the presence of sunlight and chlorophyll. As solar energy is necessary for photosynthesis, the process cannot occur at night due to the absence of sunlight. The final products of photosynthesis are carbohydrates and oxygen. The former is distributed to all parts of the plant. The latter is given off as a gas through the stomata back to the atmosphere in exchange for the carbon dioxide that was taken in. the occurrence of photosynthesis in green leaves may be demonstrated by experiments showing the absorption of carbon dioxide, water, and energy by the leaves, and the production of oxygen and carbohydrates. Simple experiments can be set up to demonstrate the giving off of oxygen by green plants, the formation of carbohydrates (namely, starch) in leaves, and the requirements of carbon dioxide, sunlight, and chlorophyll for the formation of starch in green leaves.

Experiments in physiology involve the placing of biological materials like plants and animals or parts of plants and animals under unusual conditions, e.g. jars, cages, or boxes. If an experiment is set up to show the effects produced by the absence of carbon dioxide during the photosynthetic process, then the result obtained from such an experiment can be argued as being partially due to the placing of the biological material under unnatural experimental conditions it is, therefore, necessary to set up two almost identical experiments; one is placed under normal conditions (the control experiment) where all the factors necessary for photosynthesis are present while the other (the test experiment) is placed under a condition where a single factor is eliminated or varied while all the other factors are present. This enables the experimenter to be sure that the result shown by his test experiment is due to the eliminated or varied factor and not to the experimented set-up. Thus, the control experiment serves as a guide to ensure that the conclusion obtained by the test experiment is not a fallacy.

After certain proper experiments observation show clearly that oxygen is released only when photosynthesis occurs, i.e. during the day. No starch can be formed if sunlight is absent although the other entire essential factors such as water, carbon dioxide, and chlorophyll may be present.

Photosynthesis the basic constituent of nutrition the unit of healthy living has played and is playing an essential role in living organisms. The complex cellular structures of plants are built up from the primary product of photosynthesis, namely, a simple carbohydrate like glucose. At this stage, it must be realized that, though much emphasis has been placed on photosynthesis, the process of protein synthesis is just as important as the former. During protein synthesis, nitrogenous compounds absorbed by plants and in certain cases, phosphorus and others element, combine with glucose to form the various plant proteins.

Besides contributing to the synthesis of plant proteins, glucose is important also because it can be transformed into fats and oils after a series of chemical reactions. It is also the primary product from which other organic compounds are formed.

The importance of photosynthesis in all food cycles cannot be overemphasized. Animals are unable to make use of the sun’s energy to synthesize energy-rich compounds from simple easily-available substances like water and carbon dioxide found in the atmosphere around us, rather the ultraviolet rays from the sun cause some to living body; the melanin and keratin it affects the color and strength of animals skin and some internal damages. From the rays, Therefore, it is fortunate that plants can use the energy provided by sunlight to synthesize and store energy-rich compounds upon which ultimately all forms of animal life are dependent.

For his survival, man eats not only plant products like fruits, vegetables, and cereals, but also animals like cattle and fish. Cattle and other herbivorous animals depend entirely on plant life for their existence. While certain fish are herbivorous, others have a mixed diet and a large number are entirely carnivorous. Carnivorous animals depend indirectly on plants for a living. Their immediate diet consists of smaller animals which themselves must feed, if not entirely, then partly, on plants. Photosynthesis is the first step in all food cycles. 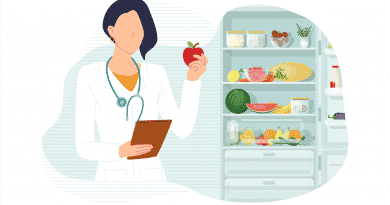