The Mediterranean diet plan is a nutritional diet pattern inspired by cuisine that has been traditionally consumed as part of the culture of the coastal regions of southern Italy and parts of Greece. It was introduced to the world in the 1945, and by the mid 1990s took effect in its present- day form through books and recipes. Various diet and health studies have associated it with prolonged life span, lower rates of cardiovascular disease, certain cancers, and dementia, as well as helping to prevent Type-2 diabetes and Parkinson’s disease. That is quite an impressive list. But here we will examine whether the Mediterranean diet plan also promotes fat loss.

What makes the Mediterranean diet plan different from most plans is that it is not designed specifically for weight loss, but as a habitual style of eating; almost as a dietary way of life. The following are some of its main characteristics:

– Maximizing natural whole foods, and reduces the use of processed foods. Whole foods have not been processed and do not have any additives. Ideally they are organic, or sometimes termed “natural foods”, meaning they haven’t been treated with harmful chemicals during growth or preparation. In another article we will discuss the potential harm with refined and processed foods that are non-organic, but the Mediterranean diet emphasizes their non use.

– The diet is abundant in foods from plants. Fresh fruit and vegetables, seasonally grown with minimal processing, plus beans, potatoes, nuts, and seeds.

– Olive oil as the predominant fat, as it is more monounsaturated fat acids than any other naturally produced oil, and its high content of antioxidative substances.

– Limiting the consumption of red meat, and putting a greater emphasis on fish (consumed at least twice per week) and poultry.

– When flavoring foods (and they are flavorful), using herbs and spices instead of salt.

– Drinking red wine in moderation during meals. It is believed that grape juice will yield the same benefits for people who do not consume alcohol.

That is just a brief outline of the Mediterranean diet. As mentioned, it is not designed specifically for quick weight loss, but because of the foods it promotes (and conversely foods that you should shun), if consumed in moderation and with some exercise, it will naturally help you to lose excess weight. But it should not be considered a quick-fix, and if you need to lose ten pounds for by your wedding next week, being on the Mediterranean diet for a healthy a week undoubtedly will not do that. This is a long-term method to living a healthy lifestyle, where you are able to eat ample amounts of delicious foods with multiple ways in which they can be prepared. We have found that most diets, if rigorously followed over a period of time, will yield weight loss results. But the issue becomes when dieters are tempted by foods that are not within their diet regimen, they can no longer maintain that Spartan lifestyle and they give in to temptation, and the problem is blamed on the lack of willpower. The Mediterranean diet takes away the need for willpower, and that is what makes it different from most diets.

So now that you hopefully are convinced that diet Mediterranean will be of benefit to you, you’ll want to know how to prepare some of these delicious recipes. There are many excellent cookbooks on the market, but the one we highly recommend is Healthy Mediterranean Diet Recipes, which is a monthly publication devoted to people on this diet. It will definitely help you live a long and healthy life. 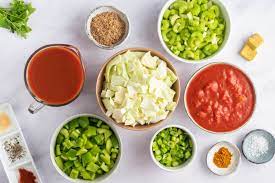 To Love Or Hate Crash Diets