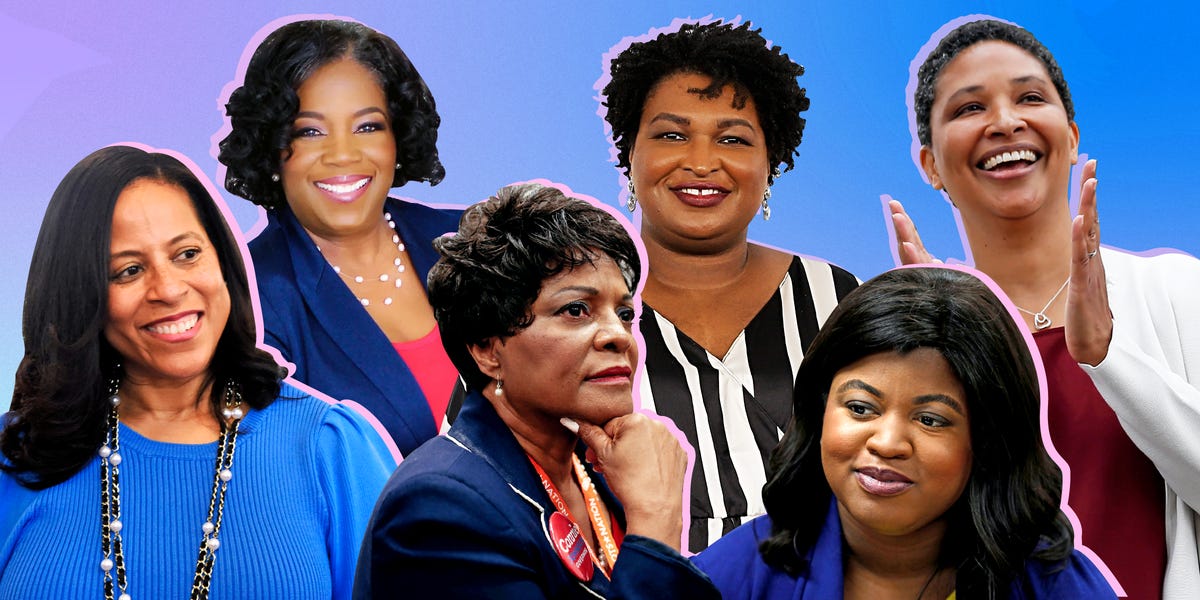 Being a Harvard University distinguished political science professor hasn’t shielded Danielle Allen from the challenges that come with being Black in America.

While she has been able to sit at one of the highest positions of her field, she has not escaped the reverberating impacts of the war on drugs, and the underpinnings of systemic racism within the criminal legal system.

In 1995, Allen’s 15-year-old cousin Michael was sentenced to more than 12 years in prison for an attempted carjacking. About two years after his release, he was found shot dead.

Watching her cousin struggle to find community after his release from prison was a huge wake-up call Allen, told Insider, and is one of the reasons she decided to run for governor of Massachusetts.

Allen’s decision comes after a historic year for Black women, with Kamala Harris becoming the first Black US vice president and others serving in high-profile roles in the Biden administration. But the US has still not had its first Black female governor.

LaTosha Brown, co-founder of Black Voters Matter — she’s not running for governor— said the pendulum is swinging toward the US electing its first Black woman governor this year.

Brown said that’s especially because the deep inequalities exposed during the pandemic have created an urgency to elect a political leader to mend these centuries-old problems.

“I think it’s indicative that we are moving into a new political era in this country,” Brown said. “Women of color are not only determining the outcome of these elections but we are asserting our leadership.”

Even before the pandemic, Black American families in Massachusetts had a small fraction of the wealth of white families. And they were getting infected, and dying of COVID-19 at more than twice the rate of white Americans.

That disparity was so alarming to Allen that she began volunteering as a liaison between state officials and Black churches handing out resources and strategizing ways to correct the inequity.

Still, she said it was not enough.

“I was just so shocked by the differences in impact for different communities,” Allen said “I saw office-holders and elected leaders failing to act as quickly and strategically as they should have.”

But some of the women running for governor will have to overcome attempts by state legislatures to restrict voting rights. In 2021, 19 states passed laws that included stricter voter ID rules as well as restrictions on the number of drop boxes for mail-in ballots, and the number of hours and polling places in marginalized communities.

Little or no support from the major party apparatus

Gilbert had no interest in running for public office, let alone for Texas governor before her special needs daughter died on the operating table in 2011. She was a Texas public school teacher of thirty years, after all.

However, a tumultuous journey while seeking justice for her daughter because of Texas’s tort reform law changed things for her. The law limits the amount of money an insurance company has to pay a victim of medical malpractice.

“It wasn’t until my daughter passed away from medical malpractice that I really found out what government was all about,” Gilbert, told Insider.

Before Gilbert announced her run for governor of Texas last summer, she said, she reached out to the Texas Democratic Party but says officials did not return a single phone call or email. Then she decided to run for governor as an independent in December 2021.

“Either way it goes, we’re strategizing to be on that ballot,” said Gilbert, who faces a longshot race that would pit her against former Democratic Rep. Beto O’Rourke and incumbent Republican Gov. Greg Abbott should she win her primary.

A Texas Democratic Party spokesperson told Insider it is not aligned with any candidate. It has to remain impartial until after the primary runoff in May. It also said it does not have an account of Gilbert reaching out to the party.

But Gilbert’s story is not unique.

Other Black women running for governor echoed similar stories to Insider about how the state Democratic parties have not welcomed their candidacy with open arms. They said the party has privately shown support for white or male candidates — all the while touting Black women publicly as its most loyal voting block.

And despite the Democratic Party getting called out by left-leaning forces within, its establishment wing routinely backs more mainstream, incumbent candidates even if they do not support the party’s policy platform.

“From fundraising to access to early support to navigating the political infrastructure which includes early support from their parties Black women do not get the support,” said Glynda Carr, CEO of Higher Heights for America PAC. “But they have proven they can run very lean campaigns.”

Higher Heights for America PAC describes itself as “the only political action committee exclusively dedicated to electing more progressive Black women at the federal and statewide levels and as mayors in the 100 most populated U.S. cities.”

The PAC has endorsed Allen, McCleod, and DeJear.

As political pundits for decades have had heated exchanges about who is and who isn’t electable — more left-leaning and Black women candidates are often overlooked or left out of the conversation entirely.

“You don’t often see a narrative saying this white man is unelectable and has a lack of viability,” Carr said. “In the intersection of race and gender, we need to continue to debunk those arguments.”

DeJear of Iowa and Abrams of Georgia are front runners for the Democratic nomination in their races.

DeJear said voters are flocking to her campaign because it is a breath of fresh air.

It doesn’t bother her that Iowa is 90% white and more than 40% of the population lives in rural areas. The fact that she is a small business owner and has rural Mississippi roots has given her insight into connecting with the needs of rural Iowa voters.

While she hasn’t experienced overt racism, she says she realizes many people in rural parts of the state don’t often see Black people. Her job, she says, is to warm them up to her and then begin talking about the issues.

“If there is an opening for me to sit down as a human being talking to another human being, it works. I know it sounds crazy, but it works,” DeJear said.

People in places like Des Moines have asked her, “So, how is rural Iowa treating you?”

She said that is code for how is a Black woman able to run in this state for governor?

“The groundswell of our support has come from everyday individuals,” DeJear said. “Every day we are working to get the support of larger organizations and unions, and things of that nature. But it’s definitely not easy.”

Allen’s Massachusetts gubernatorial campaign has taken off. She has raised more than a million dollars, according to Mass Live.

She said her cousin, Michael’s story, inspired her campaign platform that includes creating equitable, healthy, and safe communities. Those ideals, she said, require an investment in people.

Her goal is to take apart the war on drugs; first by decriminalizing all recreational drug use while simultaneously instituting economic and wealth infrastructure for the communities most historically harmed. She also wants to open up the voting process with ranked-choice voting.

Leaning on each other

Black candidates in all parts of the country have to navigate the complexities of race, where they can be subjected to everything from racially-insensitive language and insults, to being made caricatures of. Add to that an atmosphere that has become even more hostile since the January 6, 2021, Capitol siege by a violent pro-Trump mob.

Abrams, who is running for governor of Georgia, regularly has to walk around with a security detail because of the fear of being attacked, Brown added. According to previous Insider reporting, it’s estimated that PACs tied to Abrams spent over $1.4 million on her security last year.

“It creates a very intense unsafe environment,” Brown said. “There is a rise in hate speech.”

Brown added that running for office for Black women “comes at a cost, and these women are extremely courageous.”

In South Carolina, McLeod said the key to fending off some of the racism during her gubernatorial run has been keeping the focus on the issues that impact the majority of the people in the state.

“It’s no secret that racism is alive and well in South Carolina,” McLeod wrote in an email to Insider. “As a result, my opponents enjoy privileges that I don’t have. That has been the case throughout my life, so having to do more and work harder has always been my reality and the fuel I’ve needed to defy the odds and overcome the obstacles.”

Angst and issues around a lack of institutional and financial support have brought the women together.

Gilbert and DeJear said the six Black women regularly lean on one another for campaign advice or to chat about life when their schedules permit. Gilbert also said she and Johnson, who is running in Oklahoma, speak weekly about their shared struggles and advice for their campaign.s

Insider reached out to Johnson for comment but did not hear back.

Without little or no institutional support to run a traditional campaign, these candidates say they have to expand the electorate if they want to make the race competitive.

Although Abrams fell short in the 2018 Georgia governor’s race, registering tens of thousands of new voters was key to making that race so competitive. While it might not have paid off for her at the time, it helped President Joe Biden win the election in 2020.

DeJear and Allen said that will be the key to success in their state.

Despite Iowa having a Republican governor, DeJear said that most voters are not aligned with either major party. In the 2020 presidential election, more than 20% of eligible Iowa voters did not vote, according to the Des Moines Register.

And, since DeJear and Gilbert don’t have a corporate campaign funding base, they have to get a bit more creative with reaching disenfranchised and non-voters.

Running television ads is not in their campaign budget. So they are running a good ole-fashion campaign: showing up to community forums, knocking on voters’ doors, and meeting voters face to face.

“I made it a point at the beginning of this campaign to tell my team ‘if I can not be my authentic self in this race, then we should probably select someone else’,” DeJear said. “Black women are capable. Black women add value. Black women are incredible leaders and activists, and I’m owning that. And when I own that, it works.” 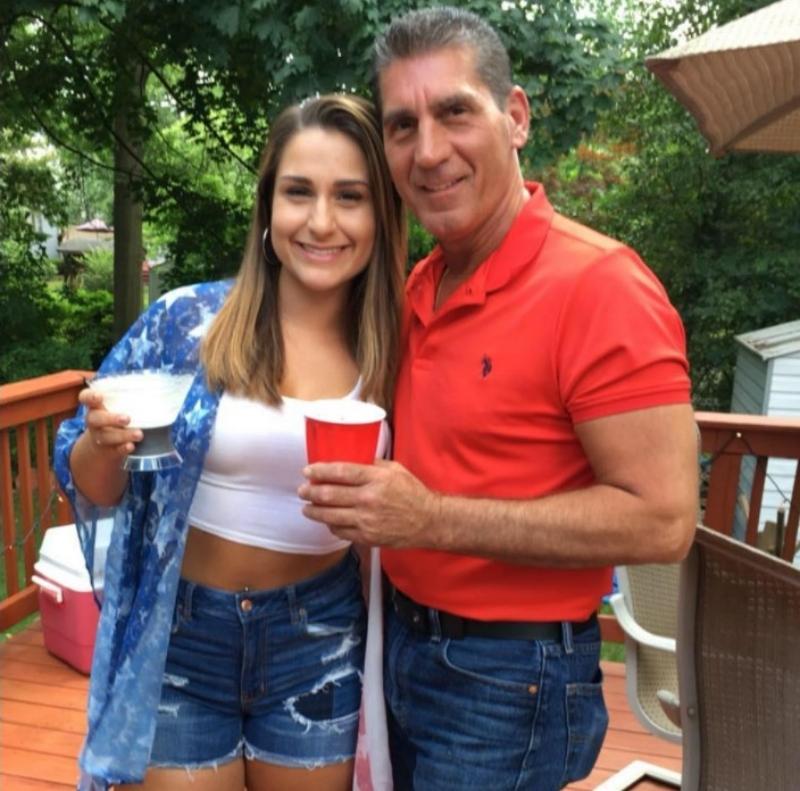 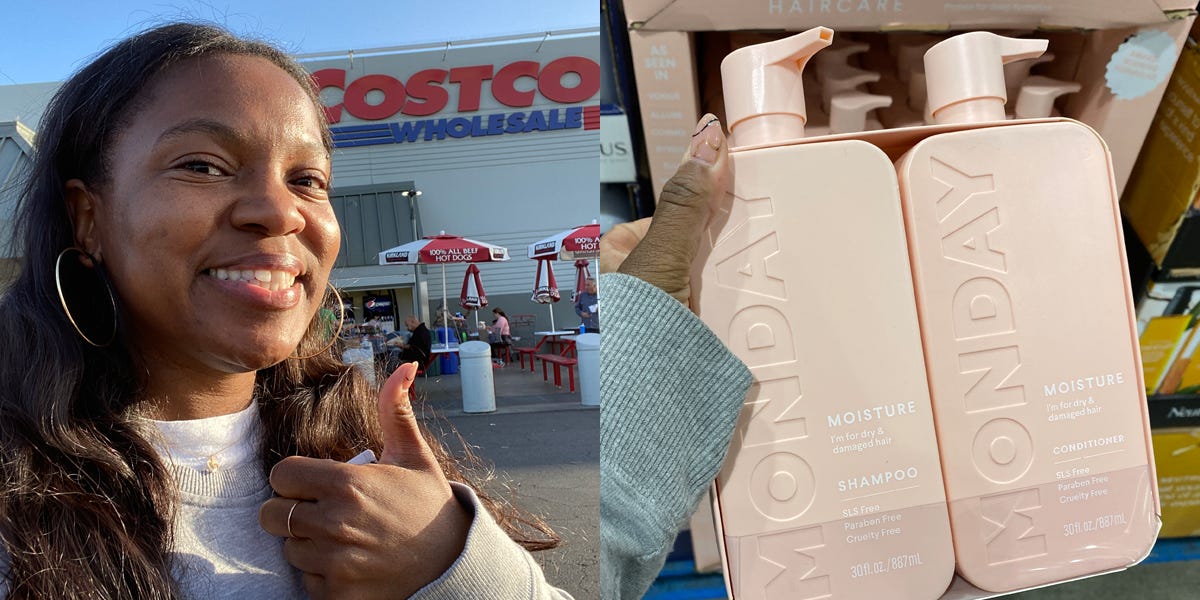 I love shopping at Costco for beauty products and toiletries for just myself. Here are 13 things I always buy.