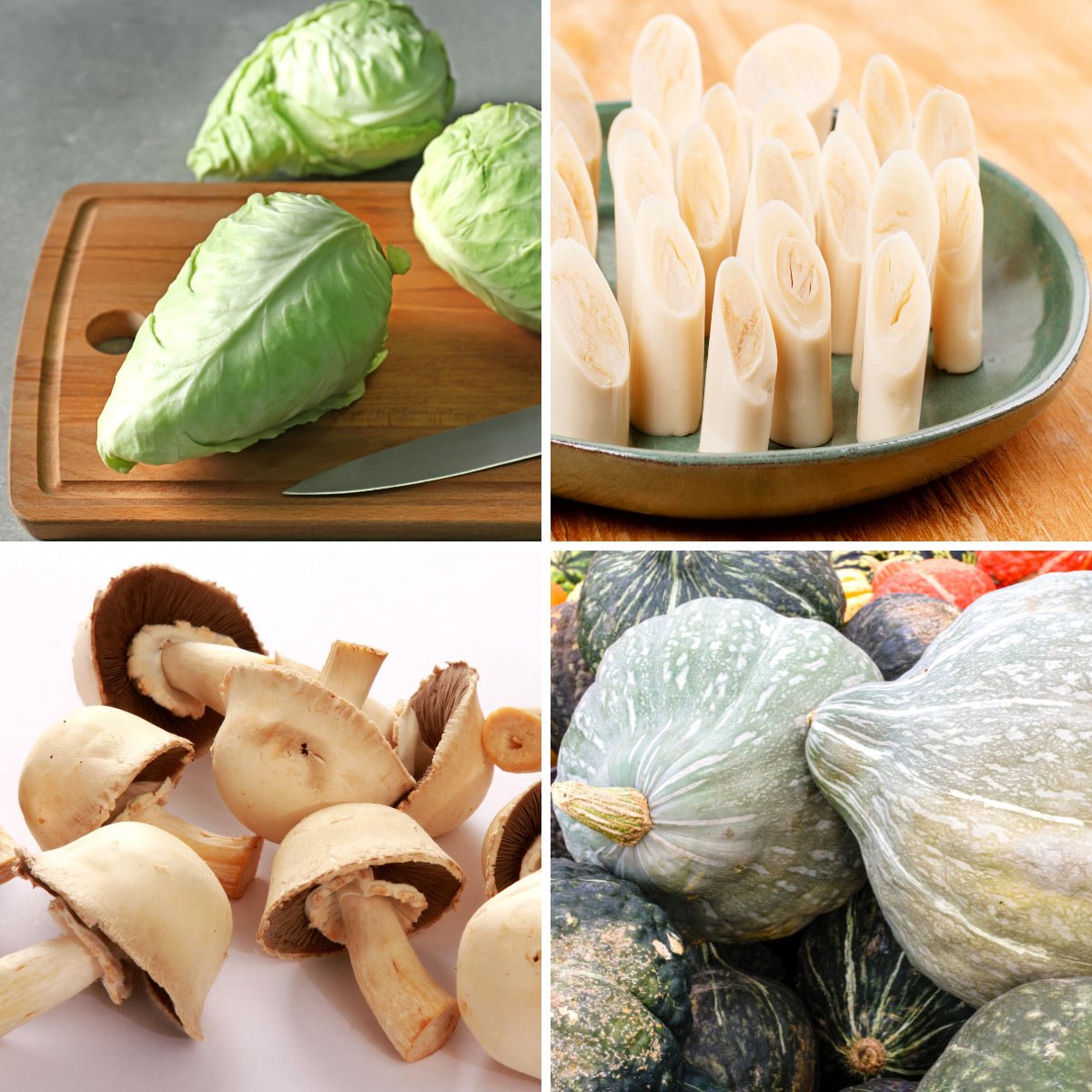 Do you know any vegetables that start with H? I sure did have to beat my brains out to remember something like ‘horseradish’.

So here I am making this list of vegetables starting with the letter H to surprise anyone who dares play Scattergories with me.

Like Hass avocado or Hokkaido pumpkin, you’ll find plants here that are considered vegetables by their culinary role. Even though they’re botanically a seed-bearing structure, aka fruit, they’re mostly used in savoury recipes.

What about mushrooms? – You may ask. Mushrooms are fungi, neither fruits nor veggies nor plants, but they’re classified as vegetables for nutritional value. So I’ve included some surprising mushroom names too.

Hope this list will come in handy one day or simply help you learn something new. Don’t forget to share your favourite vegetable names in the comments!

In a flash, let’s get down to discovering vegetables that start with H

Ever heard of asparagus-like hop shoots? Do you know why your partner may call you a cabbage in French? Read on to find out.

These small fiery peppers named after the Cuban city of La Habana are used to add heat to salsas, salads, chilis and other dishes. The heat is so real that jalapeño can’t hold a candle to it!

This hot pepper goes by the scientific name Capsicum chinense (named for its popularity in Chinese cooking).

The root of Hamburg parsley (also known as root parsley) is white and firm, similar to elongated carrots, while the flavour is a mix between celery root, carrots and parsnips. The leaves can be used like common parsley to add fragrance to dishes.

The scientific name for Hamburg parsley root is Petroselinum crispum.

These small whitish-coloured beans also known as navy beans, Boston beans or white pea beans are perfect for chillis, bean casseroles, soups and salads. They have a mild flavour and buttery texture similar to cannellini beans.

The species’ name is Phaseolus vulgaris.

Haricot verts are long and thin Frech green beans. They can be used the same way as regular green beans but provide more flavour and tenderness.

Haricot verts are cultivars of Phaseolus vulgaris (the common bean).

Hass avocado is a variety of avocados with dark green bumpy skin and rich creamy flesh. Although it’s botanically a fruit, it’s considered a vegetable for culinary purposes.

You’ll easily find a Hass avocado in your local grocery store because it’s one of the world’s most popular and delicious varieties.

Hass avocados make up about 80% of the avocado crop in the United States and are the main varieties grown in New Zealand.

Their scientific name is Persea americana.

Heart of palm is a white vegetable, grown in tropical regions, that comes from the inner core of a palm tree. It makes a great addition to salads, soups and sauces and works as a vegan meat substitute.

Heart of palm has some surprising health benefits. It’s a great way to add protein, fiber, potassium, calcium, vitamin C, B2 and B6 to your diet.

Hedgehog mushrooms are good edibles with a nutty and sweet flavor. They go by the scientific name Hydnum repandum. And there are no poisonous lookalikes!

Solanum lycopersicum is the most common scientific name for the tomato plant.

A brown edible type of seaweed that grows along the coasts of East Asia. Several countries have advised against eating it because of its potentially toxic inorganic arsenic content.

The scientific name of hikiji is Sargassum fusiforme.

Himbabao, or birch flower, is a tree utilized as a vegetable in some parts of the Philippines. It’s mostly used in salads and stir-fries. The scientific name is Broussonetia luzonica (Blanco) Bureau.

Also known as pointed cabbage or sweetheart cabbage, this sort is green and pointy-shaped, with a sweeter taste and softer texture than green cabbage.

The exciting thing is that it’s called sweetheart cabbage because the French word for cabbage, ‘chou’, is the equivalent of ‘sweetheart’.

Hokkaido pumpkin, or red kuri squash, is an orange-coloured winter squash with thin skin and chestnut-like flavour. Its creamy and soft flesh can add a sweet taste to soups, stews, cakes, cookies and pies. It also has high fiber content and detoxifying effects.

This variety of chilli pepper was developed in the Netherlands from the Cayenne. The chiles have a milder flavour making them a great choice for salads, salsas, soups, curries or stews. They also provide potassium, manganese, calcium and vitamins A, B, C, E and K.

Honeynut squash is a hybrid variety of Cucurbita moschata bred from the butternut and buttercup squashes.

Hops are the green cone-shaped flowers of the hop plant used for various purposes in beer, other beverages and herbal medicine. Surprisingly, they can also be an exotic item to cook with, the same as herbs and spices.

But what counts as a vegetable is the hop shoots. They’re not harvested commercially but you may be able to hand-pick them from hop farms in the spring or grow them yourself. Then you can cook them like asparagus.

The scientific name of the hop plant is Humulus lupulus.

Horse gram (kulthi bean, gahat, hurali or Madras gram) is a protein-rich legume with a distinct flavour and texture that is often grown for horse feed – that’s where the name comes from. It’s also a superfood in many parts of India for its nutritional benefits.

The scientific name is Macrotyloma uniflorum.

Horse mushroom is a common good edible species, with a creamy white cap, harvested from summer to the end of autumn. But be aware of toxic lookalikes like a Yellow Stainer and a Destroying Angel.

Horseradish is a white root vegetable used as a spice or condiment for its hot bitter flavour. When cut, horseradish root may have antibacterial properties and relieve breathing issues. Beetroot horseradish is a popular recipe in many Eastern European countries.

The horseradish plant is scientifically known as Armoracia rusticana.

Hubbard squash is a large winter squash with hard bumpy skin that comes in different colours. It has a mild and sweet flavour like a mix of sweet potato and pumpkin.

Hubbard squash is a cultivar of the species botanically classified as Cucurbita maxima.

These elongated in shape peppers, usually harvested when they’re still yellow, have a sweet and slightly hot flavour. They’re very versatile in cooking and grow easily in many climates. The scientific name is Capsicum annum ‘Hungarian Hot Wax’.

Husk tomatoes, also known as ground cherries, are tomatoes wrapped in a thin light brown husk. They have a sweet taste, sometimes described as having pineapple and vanilla undertones. ‘Cossack pineapple’ is a common variety that reflects the pineapple flavour.

Hyacinth bean vines are mostly grown for ornamental purposes, but the immature shoots and blossoms are edible. When it comes to mature dry beans though, you have to be careful. A long soak and a couple of boils with several changes of the water are needed to prepare them safely.

The scientific name of hyacinth bean is Lablab purpureus.

22 Exceptional Vegetables That Start With H (2023)

From horseradish to heart of palm, this list covers all culinary vegetables that start with H. Be wary of #9 and #22!

Have I mentioned all possible ‘H’ names of vegetables? If you have anything to add to this list, don’t hesitate to leave a comment below.

I’ve also compiled a list of fruits starting with H and a surprisingly big list of H foods. Check them out! 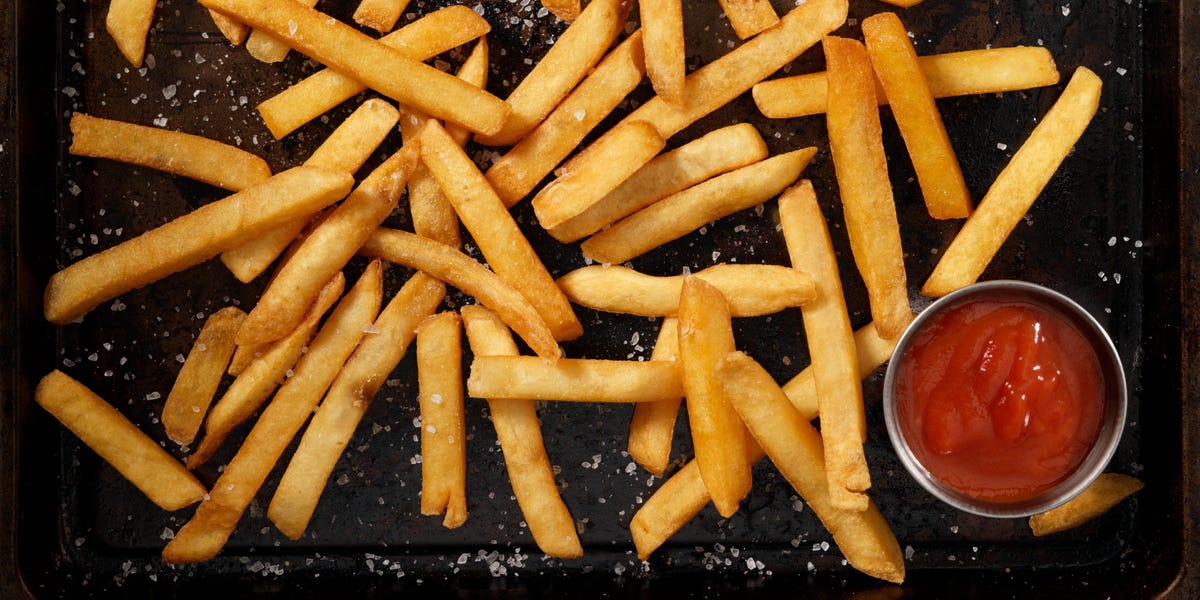 4 Ways to Reheat Fries and Make Them Crispy Again

A Fast Diet Which Will Definitely Work 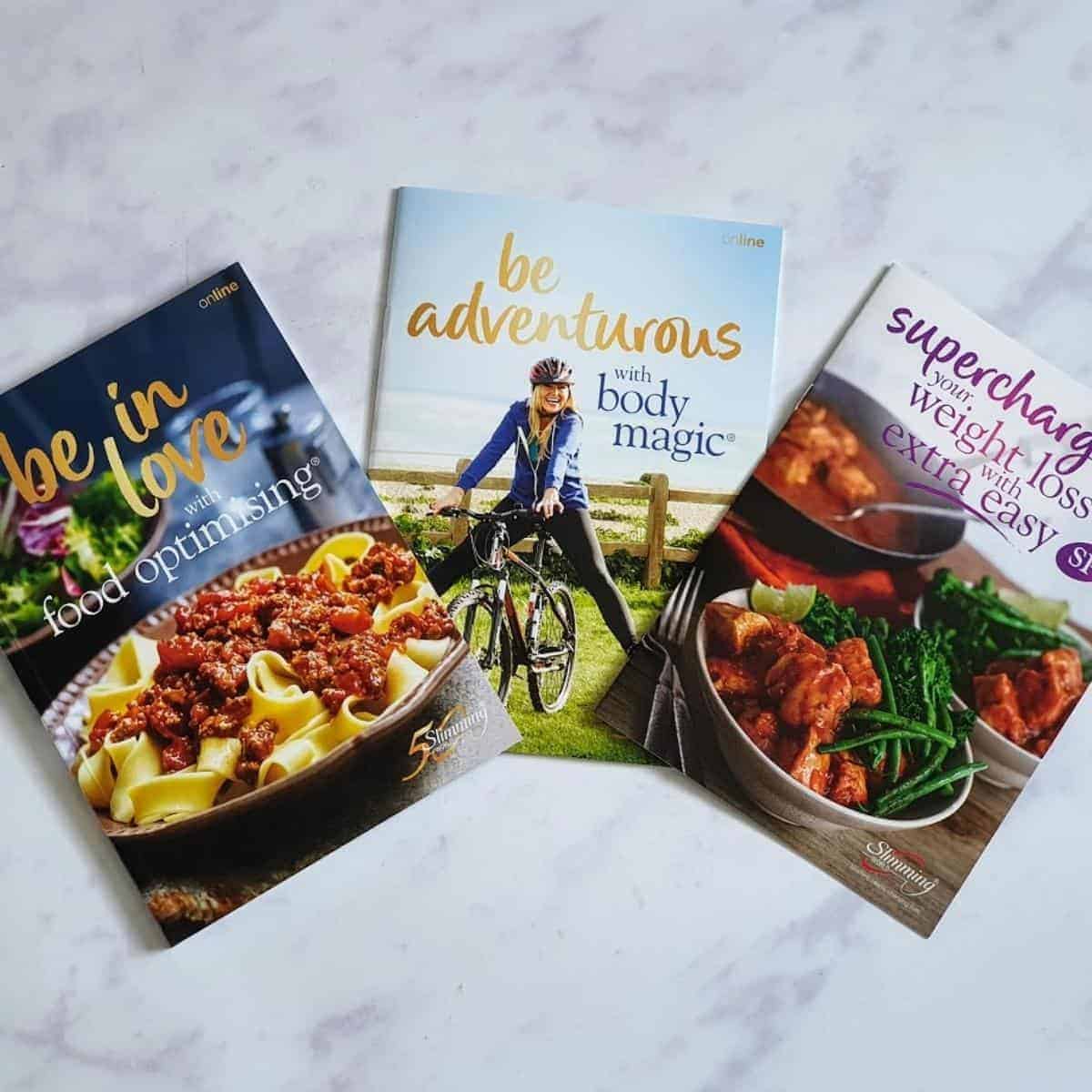 Slimming World online guide 2022, How to do the plan without joining