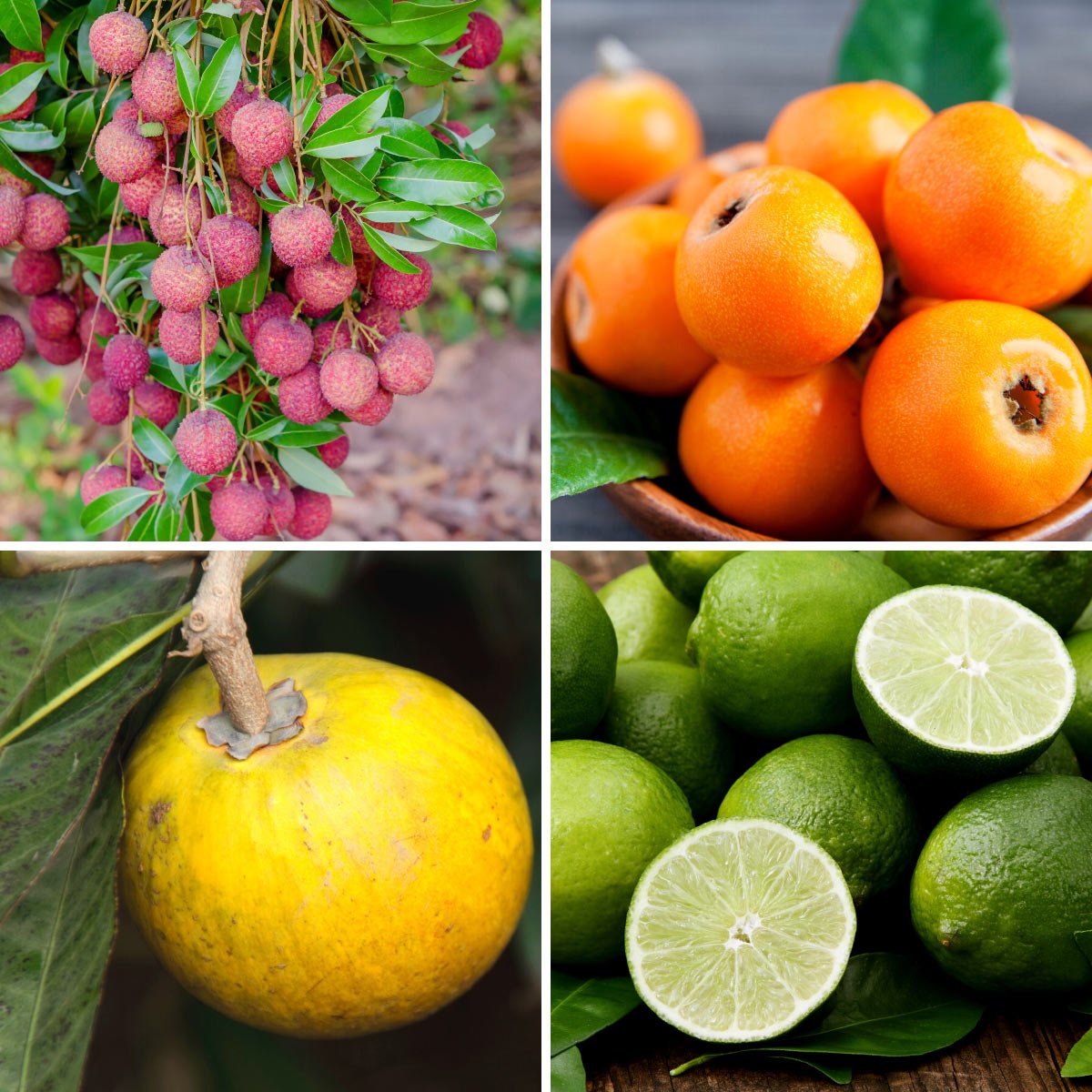 How many names of fruits that start with L do you know? Well at the end of this you’ll know 25!

I never knew that many existed.

Some are common fruits and some have a silly-sounding name but they are all really fascinating for sure.

I’ve looked at all kinds of delicious fruit to put this list together, from berries to stone fruits, tropical fruits and citrus fruits.

Fresh fruit can have lots of health benefits including the support of your immune system as it’s often high in vitamin c.

You may even notice some fruits beginning with L at your local grocery store – see how many you can spot next time you visit!

If you enjoy this post be sure to check out the vegetables and food lists starting with L as well.

Here is my list of fruits. They come from all over the world, some are found in the Middle East, some in tropical regions, and some even love the cold.

They are all for human consumption and I’m sure you’ve tried the most popular fruits on the list before.

Let me know in the comments which new L fruits you want to try next!

Although these pods are purple on the outside, they have four seeds inside which can be white, brown, red or black.

Also known as the hyacinth bean, this fruit has to be boiled thoroughly to avoid toxicity when consumed.

The species name is Lablab purpureus.

This fruit has a beige shell and a clear-white seed inside. They are eaten raw primarily, although they are also bottled in syrup.

They are produced mainly in Thailand, Malaysia, and the Philippines.

The tree that this fruit grows produces white flowers. The fruit blooms in April or May, and in Lebanon, they grow in the mountains with heights up to 4,900 ft.

The species’ name is Malus trilobata.

The evergreen trees that grow lemons are native to Asia. A popular fruit flavouring, pulp, rind and juice are all used in cooking. They have a very sour taste as their PH level is 2.2.

The species’ name is Citrus limon.

The lemonade berry is native to Southern California. Although most of the plants in this species are considered toxic there are reports that some can be used to make lemonade-flavoured drinks.

The scientific name is Rhus integrifolia.

Rich in antioxidants, this fruit tastes a bit like grapefruit or lime. It is commonly used to make drinks, confectionary and fruit sauces. It is native to Queensland in Australia.

A fruit produced mainly in Central and South America. They have rough yellow skin in a lemon shape, the inside has a white stone. It tastes similar to a lemon but it’s not as sour.

The species’ name is Garcinia madruno.

The lemon drop melon is a hybrid developed from the Galia melon. It has a similar-looking skin and green flesh.

It was developed to contain less sugar, but be sourer in taste than the original melon.

The scientific name is Cucumis melo.

The Liberty apple as you might have guessed originates from New York. It’s a hybrid cultivar which was developed there hence the name.

It’s deep red in colour but has yellow flesh and it’s both juicy and crisp.

These are little purple berries that are also called bush food and originate from Australia.

They are a good source of nutrition for Aboriginal Australians and can be eaten fresh or dried like raisins.

The species’ name is Syzygium smithii.

The lime is green in colour and rounder in shape than a lemon. It is rich in vitamin C and is sour in taste. You can use juice or zest in cooking or making drinks.

There are several varieties including Key Lime and Persian Lime.

There are several species names however most limes originate from Citrus medica.

The fruit from this evergreen shrub is dark red in colour. It is native to Indonesia and the Philippines and is often seen as a bonsai plant.

It needs really humid climates and has to be kept in a greenhouse even in hot countries. The fruit is edible and can also be found in the Caribbean and Florida.

The species’ name is Triphasia trifolia.

The limequat is a hybrid fruit of a Key lime crossed with a kumquat. They are similar to lime in that it has bitter flesh however the skin can be sweet tasting.

They are used in making cocktails and fruit salads, and can withstand cold climates more than a lime, but less than a kumquat.

One of the main species is Citrus japonica × Citrus aurantiifolia.

This fruit has different names including the cowberry. They are quite bitter in taste but if left on the plant through winter they eventually sweeten.

It is made into jam and can also be used in a similar way to cranberry sauce and is eaten in Norway and Finland with elk and reindeer steaks (don’t tell Rudolph!).

The species’ name is Vaccinium vitis-idaea.

Not to be confused with the common gooseberry, these little edible fruits are purple-black in colour.

It is also called Sparrow’s Mango.

The species’ name is Buchanania arborescens.

A hybrid of the North American blackberry, and the European raspberry, the loganberry is dark red in colour.

It originated in California and derived its name from Judge Logan who developed this cultivar.

The species’ name is Rubus × loganobaccus.

Longans are a tropical fruit and the trees are part of the same family that produces lychee fruit.

Originating in Myanmar, they are also found in countries such as Vietnam, Sri Lanka, and Thailand.

The species name is Dimocarpus longan.

Native to China, Mongolia, and parts of Siberia this tree likes cold environments. The seeds are used for oil production.

The species name is Prunus pedunculata.

This fruit is common in China and Japan, although has now naturalised in many countries.

They are high in sugar and pectin and used for making jam, jelly, and smoothies among other things.

The species’ name is Eriobotrya japonica.

Apparently, these are so nice they named them twice. The lovi-lovi, also known as the batoko plum can be eaten raw or cooked and is generally used to make jams and syrups.

The fruit is crunchy and has a sour taste. They produce in bunches like cherries.

The species’ name is Flacourtia inermis.

The pomes from this plant can be eaten raw or cooked. They are native to North America but are seen as invasive in Scandinavia.

Its scientific name is Amelanchier spicata.

Similar to the juneberry, the low serviceberry is dark in colour. They have a sweet taste and are said to have a slight apple flavour.

They are native to central Canada.

The species’ name is Amelanchier humilis.

Lucuma fruit is an edible fruit. It is bright yellow in colour and has a very sweet flavor. They originate from South American countries such as Peru, Bolivia, and Chile.

They are commonly used to flavour juice, milkshakes, and ice cream.

The species name is Pouteria lucuma.

From Southern China, this fruit is related to the gourd (pumpkin) family. Extract from this fruit is used as a low-calorie sweetener for drinks.

It is also used in Chinese medicine and is dried out first.

Lychee has pink shells, which are spikey in texture. The flesh inside is smooth and white in colour. Lychees have a fragrant (soapy) taste, and a stone in the middle.

Lychees are 82% water and the main producers are China, followed by Vietnam, and India.

The species’ name is Litchi chinensis.

Pop quiz or pub quiz, we think this list of 25 fruits starting with L will help you win every time: Discover them all!

I really hope you loved learning 25 fruit names that start with L! It’s sure to be a great addition to your quiz knowledge bank. 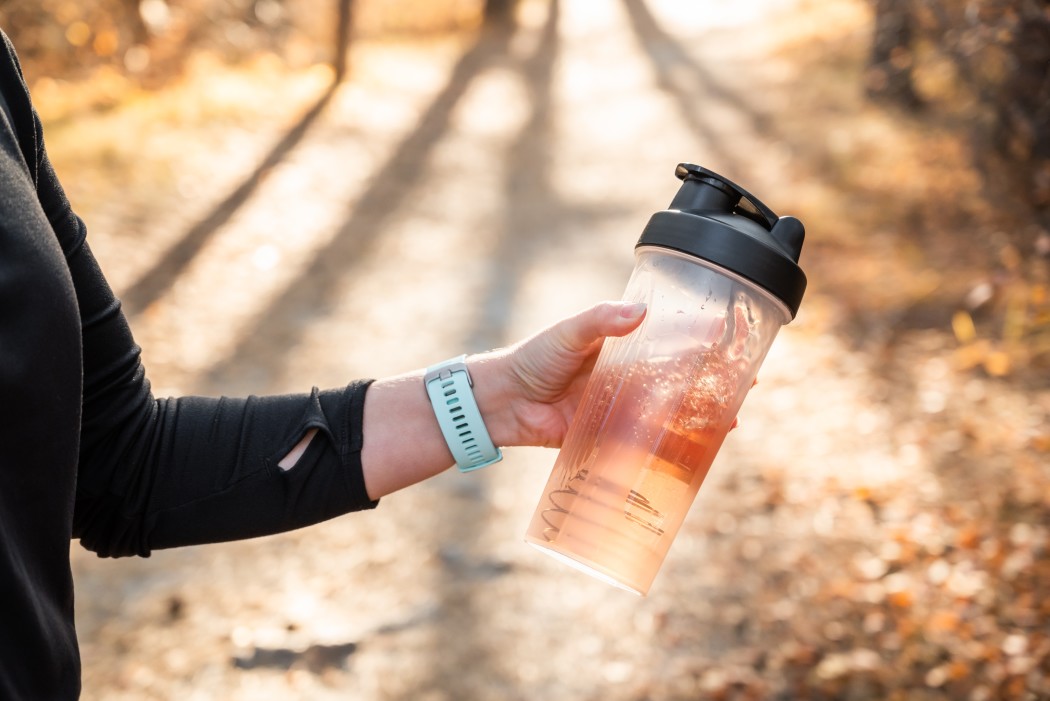