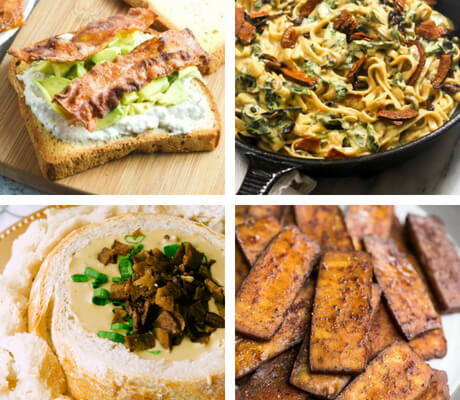 Recipe Tips
April 19, 2021October 17, 2021 Stan 0 Comments
TweetPinPrintLinkedInEmailFacebook
Vegan Bacon Recipes, you say? Yep! These delicious, veganized “meals” are salty, smoky and everything that bacon should be! Except made of animals, of course. 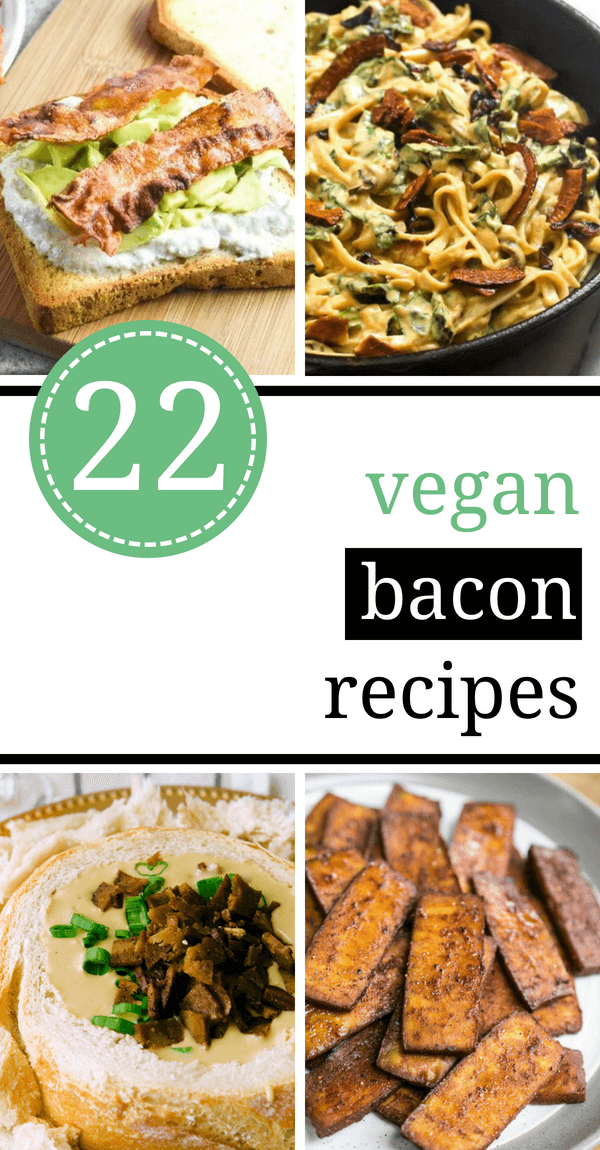 Vegan bacon made with rice paper is about to blow your bacon-loving mind! Double strips of rice paper dampened in water, coated in a sweet and smoky marinade and then baked mimic both the taste and texture of bacon fried to the perfect crispness.

Here’s another handy vegan bacon option that uses thinly sliced tofu to create chewy strips that offer up the great smoky, sweet flavors of bacon. Serve in sandwiches or with a tofu and potato scramble to make a traditional but still vegan breakfast.

This recipe takes a homemade BBQ sauce and thin slices of zucchini to deliver crispy strips of mock-bacon you’ll want to use in everything. No cooking is required for the sauce or the strips, but you’ll need a dehydrator and about 20 hours to get the zucchini nice and dry.

The meaty flavor of portobello mushrooms lends itself perfectly to making vegan bacon. Portobello caps that are sliced, marinated and fried become crispy and chewy bacon-like strips that are just made to top lettuce and tomato, a tofu burger or any sturdy sandwich.

Cooked, marinated carrots make a great hot dog substitute, but will they really make decent vegan bacon? Yes! Sliced carrots are soaked in a marinade of tahini, oil, maple syrup, soy sauce and liquid smoke. Bake them, or use a dehydrator for the crispiest strips!

Tempeh bacon is such an easy vegan bacon substitute that you only need one bowl for marinating, one skillet to cook it in and about ten minutes of time! Substitute seitan for the tempeh and coconut aminos for the soy sauce for a soy-free version.

If you don’t want to buy fake bacon bits filled with who-knows-what, make these vegan bacon bits from tofu instead. You probably already have the ingredients like soy sauce and maple syrup on hand. It only takes about 20 minutes to whip up a much healthier batch to sprinkle on everything!

Oil-free shiitake bacon takes the meatiness of sliced shiitake mushrooms and uses the fast-cooking power of an electric pressure cooker to make delicious mushroom bacon. After the mushrooms are cooked, a soy sauce coating and about ten minutes in the oven turns them into crispy strips of goodness.

One of the best vegan bacon substitutes comes from the most unlikely source: coconuts! Salty, smoky and slightly sweet, unsweetened coconut flakes combine with tamari and liquid smoke to deliver great bacon flavor to your favorite soups, sandwiches, salads and casseroles.

Roasted chickpeas make a wonderful, crunchy snack or salad topping. What’s better than roasted chickpeas? Roasted chickpeas that taste like bacon! Vegan Worcestershire is key to this recipe, so read the labels to make sure your brand doesn’t contain anchovies.

Bacon-flavored cashews require four ingredients and less than 30 minutes of your time, but you’ll be glad you spent that time when you get to enjoy these on salads, in soups or as a snack on their own. Salt, liquid smoke and blackstrap molasses give raw cashews tons of bacon appeal!

Chopped almonds are quick and easy to turn into bacon-flavored bits and should store well at length in your refrigerator. Liquid smoke, paprika, tamari, maple syrup, apple cider vinegar and oil combine to give these nuts an unmistakable bacon taste!

You don’t have to give up great bacon flavor in soups just because you’re vegan. This soup made with white beans and bacon-flavored tempeh will hit the spot on cold days, but it’s so delicious you’ll want it in the summertime, too. Use seitan for a soy-free recipe.

Scones filled with vegan bacon and chives are the perfect savory breads to serve with breakfast, but they also go well with a variety of other main dishes. Purchased vegan bacon stands up to the scone batter that’s made from pantry ingredients and ensures you’ll taste yummy bacon in every bite.

Whole-food plant-based pizza can taste better than anything your local pizzeria serves, especially if you make it with vegan bacon as one of the ingredients! Your prepared coconut bacon adds delicious flavor to the base sauce of guacamole ranch, and the whole thing whips up in about half an hour.

The flavors of bacon and ranch are made for each other, so combine them in this potato salad for a rich and comforting dish that works well as a main course or a side. Cashews and almond milk make the creamy dressing, while coconut bacon adds a salty and sweet pop.

Coconut bacon made with raw coconut flakes, tamari, liquid smoke and maple syrup complements this great pasta dish that has broccoli included to add color, texture and a fresh veggie taste. Use orecchiette or your favorite pasta shape to make this light and satisfying meal.

Burritos make a fun and easy breakfast any day of the week. These half-sized burritos have a filling of scrambled tofu or vegan egg product in a tahini sauce with plenty of your favorite veggies and the savory bite of bacon-flavored rice paper used as a wrap.

Spend less time cooking and more time enjoying the party with this delectable short-cut recipe. Your favorite vegan varieties of mayo, cream cheese, cheddar cheese and bacon combine with garlic knots you make from purchased crescent dough for a fast and easy appetizer that will impress everyone, vegan or not!

This pasta dish seems complicated and is sure to impress, but it doesn’t take much time to make. Glazed shiitake mushrooms add a pleasing texture to the pasta and its pumpkin and cashew alfredo sauce. Coconut bacon bits add the finishing touch!

Sweet, salty and oh so savory, these balsamic roasted Brussels sprouts are combined with shiitake mushroom bacon and a creamy maple dijon. You won’t want to eat Brussels sprouts any other way after you experience this vegan and gluten-free delight!

22. Pasta with Asparagus, Mushrooms and “Bacon”

A simple, barely-there sauce made with plant milk, nutritional yeast and vegan butter lets the flavors of asparagus, mushrooms and your favorite vegan bacon shine through in this easy pasta dish. Use store-bought vegan bacon or your preferred homemade variety.

Serve your tasty vegan bacon with these meals: 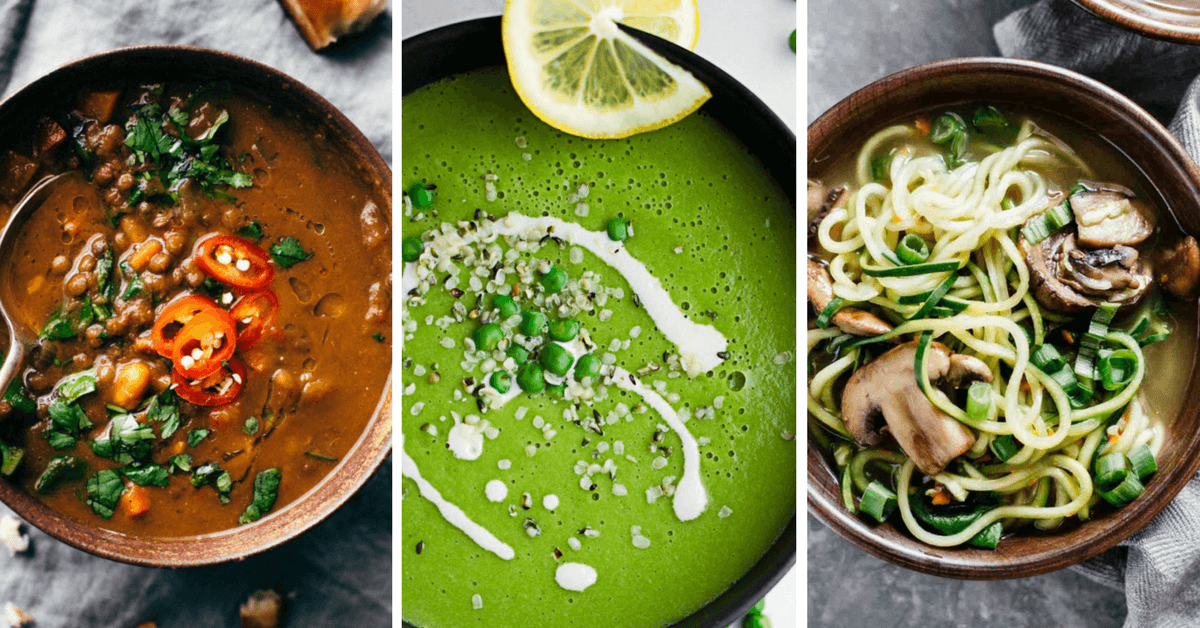 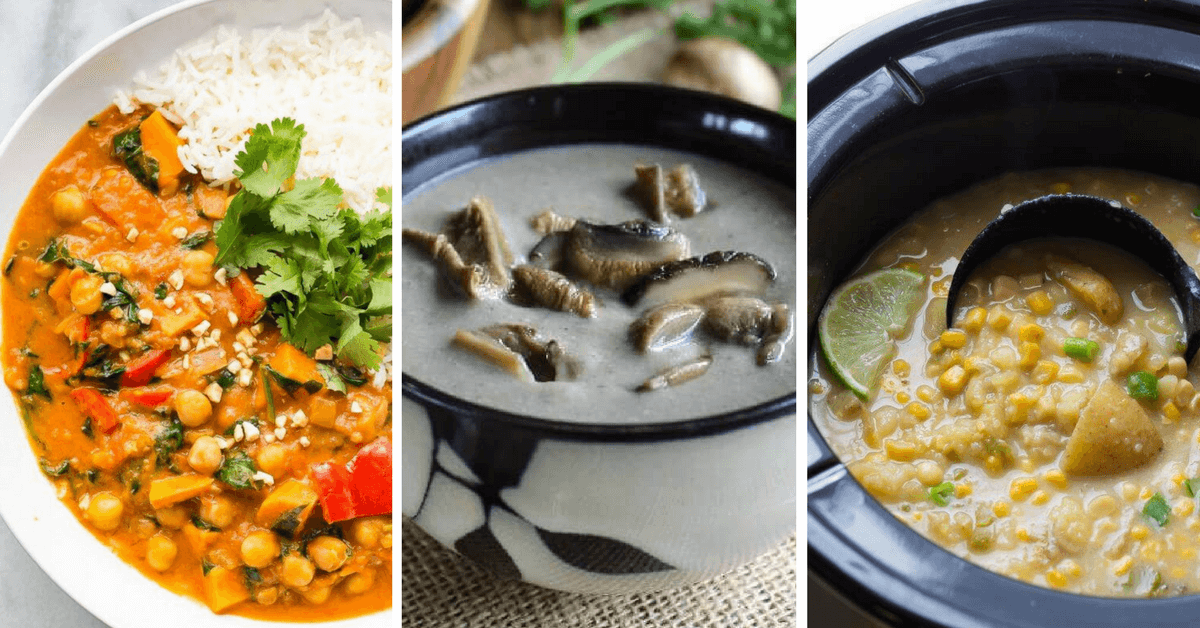 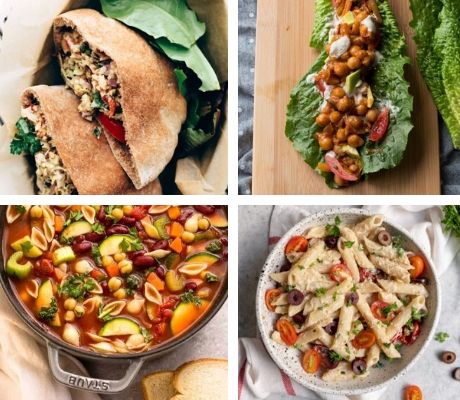 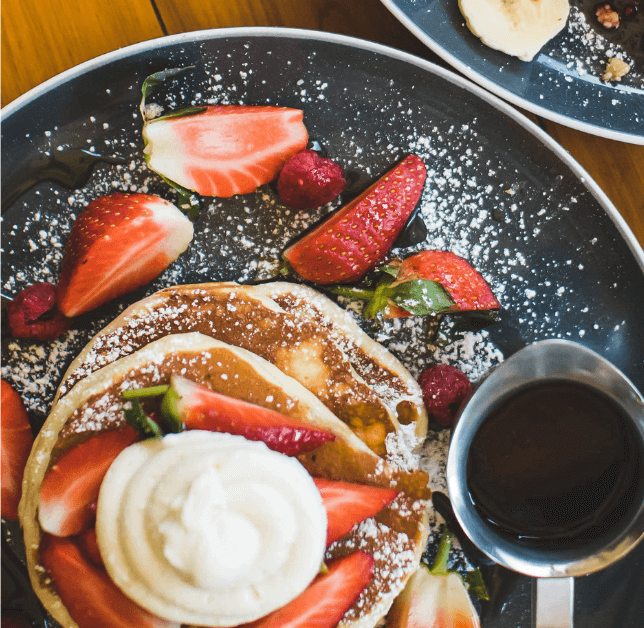 What are *your* favorite Vegan Bacon Recipes? 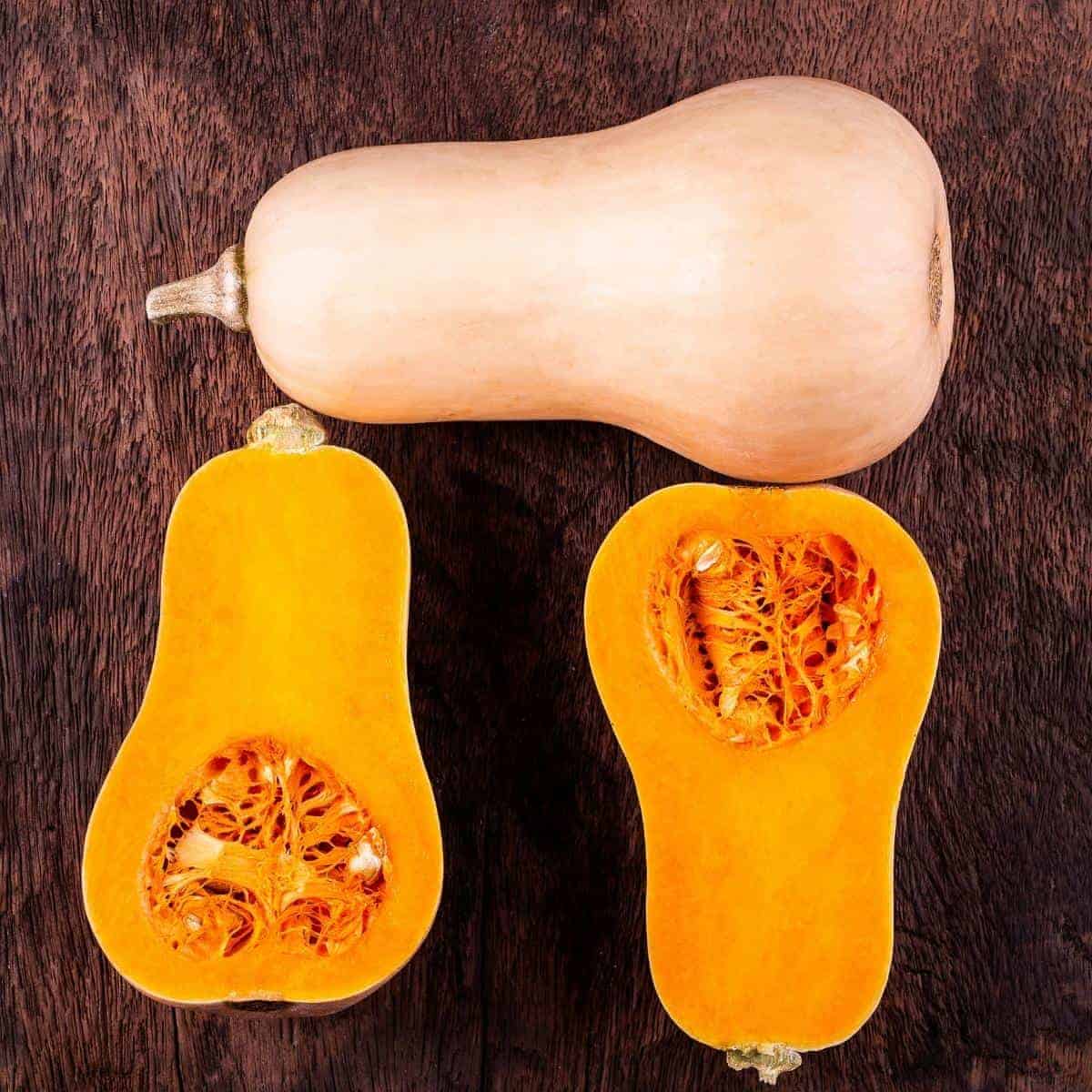 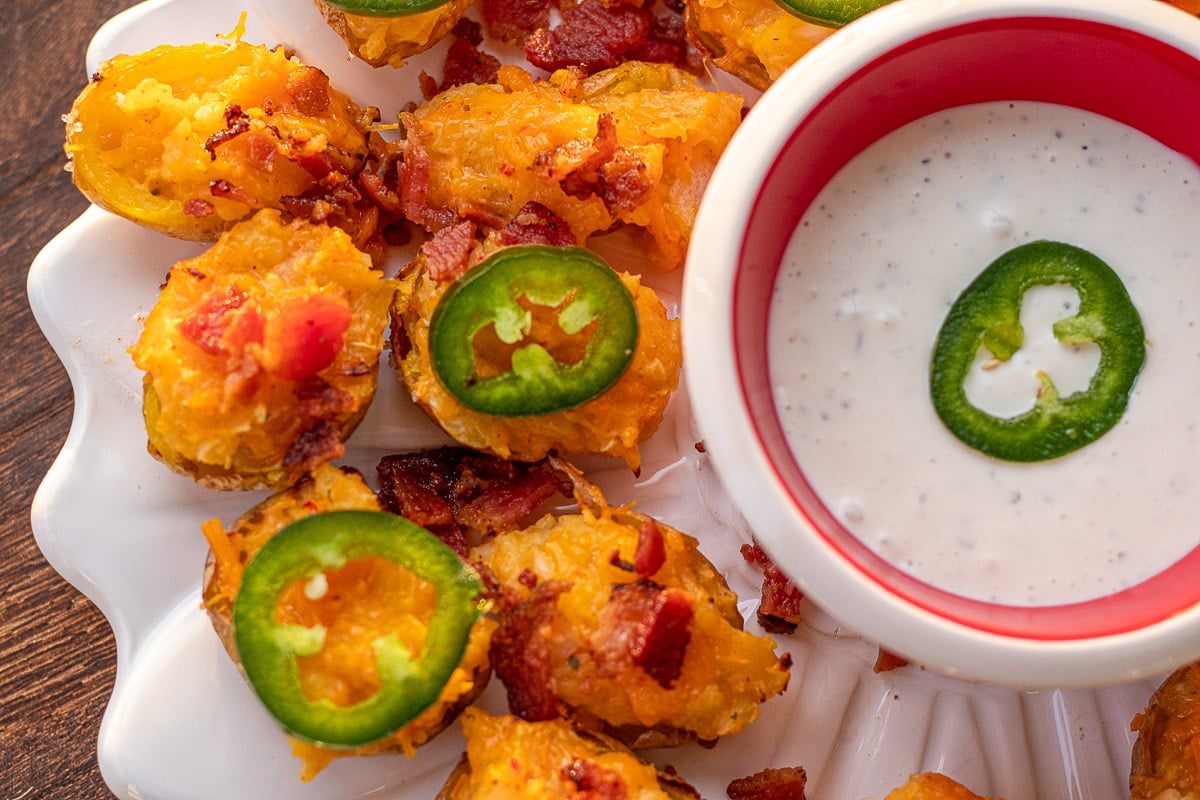 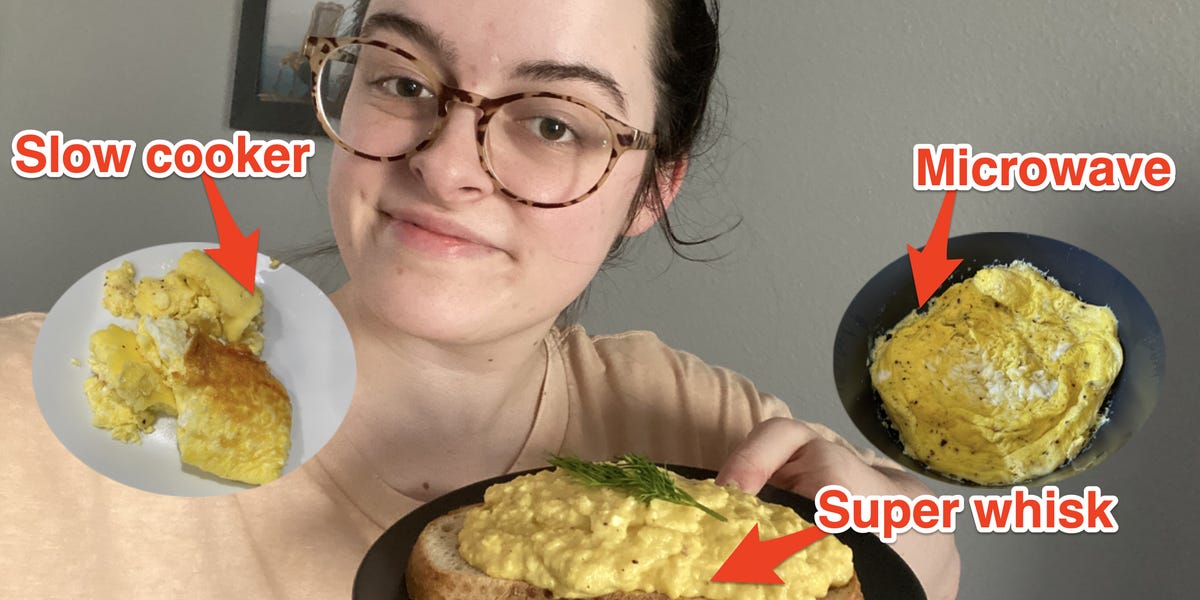