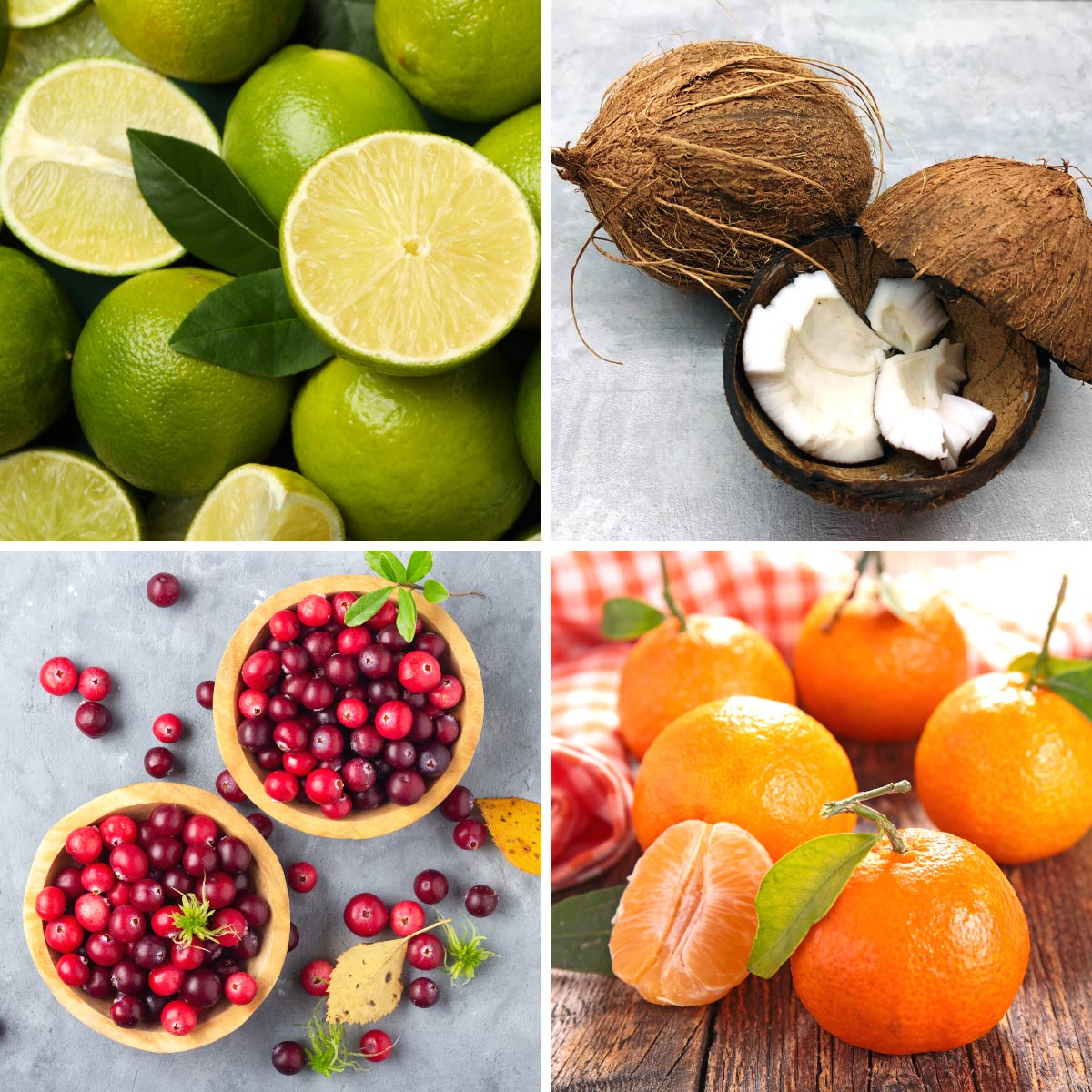 Fruit makes a great snack but I bet you can’t name 25 fruits that start with the letter C? Don’t worry if not, I have you covered! This list is going to get you ready for any quiz in town.

I’m going to give you the common and scientific names of the most popular fruits starting with C and ones you’ve probably never heard of.

According to Merriam Webster a fruit is defined as “the usually edible reproductive body of a seed plant” and often has juicy flesh.

Fruit tends to have a sweet flavor but not always as citrus fruits, for example, can have a super sour flavor.

Delicious fruits grow all over the world, but only a selection actually makes it into the grocery store (see how many on this list you’ve seen in a shop).

Fruit has numerous health benefits and is a great way to get dietary fiber into your diet, which is essential to supporting digestive health.

Here are 25 fruits starting with C – let’s get learning!

Let me know in the comments below which fruit name you thought was the most strange sounding (they do have some funny names!)

The cainito is grown throughout the tropics. Sometimes called a star apple due to the star-shaped inner flesh, it is a dessert fruit, and infusions made with the leaves are said to help against diabetes.

The Latin name is Chrysophyllum cainito.

Calamansi fruit (Calamondin), or Philippine lemon, as it’s also known, has a sour flesh however its peel is said to have a sweet taste.

It is a good source of vitamin C and it can be used to make marmalade in the same way as an orange. The plant it grows on is sensitive to very cold climates.

The scientific name is Citrus × microcarpa.

Although very similar in appearance to honeydew melon, the canary melon is said to have a tangier taste. It is common in parts of Asia and North Africa.

Its name is associated with the bright yellow feathers of the canary.

Canistel fruit has bright yellow skin and is rounded in shape similar to a nectarine or peach. It is a fruit native to areas such as southern Mexico and El Salvador.

Its flesh has a creamy mousse-like texture when it’s at its best, which is said to taste like an egg custard! (This is also how it gets its nickname egg fruit).

Its scientific name is Pouteria campechiana.

Cantaloupe fruit is part of the musk melon family. It has pale green textured skin and bright orange flesh inside. Although sweet, a popular way to eat it is wrapped in salty prosciutto as antipasti.

The skin of the cantaloupe is prone to carrying bacteria like Salmonella so it’s really important to scrub it clean before eating (hands up who never knew that until now!).

The Latin name is Cucumis melo.

This fruit is not to be confused with the kind of gooseberry that you might find in a crumble. It’s loosely related to the same family as the tomato and eggplant and is recorded in South America as far back as the Inca Empire!

It is usually made into fruit-based jams, chutneys, pies, puddings and fruit salad and its unusual husk is often used as decoration in fine dining.

The scientific name is Physalis peruviana.

Caqui is a tropical fruit that is grown in the Indo-China, Malaysian, and Northern Australian regions. Parts of the plant are used for herbal medicine and the orange-red fruit is reported to be very tasty.

Its scientific name is Manilkara kauki.

Originating in Mexico the casimiroa fruit has an inedible green-yellow skin and a white smooth flesh that is similar in texture to an avocado.

It can have up to five seeds inside and these are said to have narcotic properties!

The scientific name is Casimiroa edulis.

Cassabananas are long edible fruit that grows up to 60cm in length! They are part of the cucumber family and are indigenous to the tropical areas of South America.

Whereas the mature fruit can be eaten raw or made into preserves, the immature fruit is often cooked as a vegetable.

The scientific name is Sicana odorifera.

This species is named after the English horticulturist William Cattley. It comes in a variety of different colors from yellow to dark purple and red.

The whole fruit is edible although it gives a sweeter taste with the skin removed. The leaves can also be brewed for tea.

The Latin name is Psidium cattleyanum.

The cawesh tree is found in Central America and it takes four years from seed for it to actually produce any fruit.

The fruit from this tree is similar to an orange in size however it doesn’t taste like one. It is actually reported to have a creamy banana-pineapple flavor (doesn’t that sound like an amazing combination!).

The scientific name is Annona scleroderma.

Found primarily in Central America and the Caribbean, this small fruit is yellow in color and has smooth skin like a tomato.

In rural Panama it is used for a popular dessert, and elsewhere in preparation for carbonated drinks, ice cream, and juice. In Mexico, it is made into ice lollies and sorbet.

The scientific name is Byrsonima crassifolia.

There are lots of species of cherry and tends to come in two types sweet cherries, and sour cherries. Their peak season is December and they are often associated with Christmas.

The demand for production is high however the cherry tree can be difficult to keep alive.

The scientific name is Prunus avium.

This fruit is naturalised to the British Isles and other parts of North America, and Western Asia. It is a popular ornamental tree with dark purple fruit which makes a really pretty jam.

The plums are a popular ingredient in Georgian cuisine.

Its Latin name is Prunus cerasifera.

The chokeberry originates from North America and Canada. Its leaves are a dark green color, while the berries are almost black in colour.

Birds tend to eat these berries raw. They have quite a sour taste which is said to improve when cooked with sugar.

The scientific name for them is Aronia melanocarpa.

The citron is a large lemon-like fruit with thick, rough skin. It is said to be the original lemon from which the other varieties developed.

It is used in a lot of Asian cuisines and for traditional medicine, perfume, and religious rituals.

The Latin name is Citrus medica.

Clementine fruit is similar to tangerines as they are easy peelers. They can be separated into 7-14 segments and they were named in honor of French missionary Clement Rodier.

The scientific name is Citrus × clementina.

This herbaceous perennial is native to cool regions such as alpine and arctic tundra. Its fruit is a golden berry similar to the blackberry.

Unripe berries can have a tart flavor. For a sweeter taste and creamy texture, they are best eaten when over-ripe. In Nordic countries like Finland, cloudberries are used to make a traditional liqueur.

The scientific name is Rubus chamaemorus.

Originating in Australia this fruit is said to taste similar to a quince. Indigenous Australians found many uses for the tree, including boiling the bark to make an antiseptic to treat cuts and placing heated leaves over mosquito bites to relieve them.

The name coconut comes from the Portuguese word coco which means head or skull. The coconut has many uses.

Its flesh and milk are in products such as food (flour, butter, oil), cosmetics, and soap. As a tree nut, coconuts can, unfortunately, cause anaphylaxis in someone who is allergic.

The scientific name is Cocos nucifera.

This is a bush with edible fruit. Native to California in the United States and some areas of Mexico. Eaten raw, this fruit can make you sick, it is mainly used these days to make a coffee substitute.

The scientific name is Frangula californica.

Cranberries are small red fruit from the cranberry tree. Traditionally they are known for their association with the Christmas turkey.

There are suggestions that they could contain properties that help with urinary tract infections however studies aren’t conclusive.

The scientific name is Vaccinium macrocarpon.

The crowberry bush is a low-lying bush that grows across the Northern Hemisphere. It can be dried however can cause headaches when eaten.

Instead, it is a favored fruit for wine-making in Scandinavia.

The scientific name is Empetrum nigrum.

Ok, Ok, this may seem a bit of a cheat entry but I promise, I checked, and this is definitely also an accepted spelling!

They originated in China and require really hot weather to cultivate. Although similar to oranges they are usually eaten with the skin on and are an excellent choice for a fruit salad.

The scientific name is Fortunella spp.

The custard apple tree grows best in the tropics of Central America, Asia, Africa, and Australia. Its fruit varies in shape and taste.

Some can be bitter and repulsive, and some can taste like custard, hence the name. It is used to make puddings, ice creams, and juices although it can also be eaten raw.

The scientific name is Annona reticulata.

25 Surprising Fruits That Start With C: Can You Guess?

A tantalising list of 25 fruits that begin with a C. Let’s see which interesting facts you can remember at the end?

So, did you enjoy the list? I bet there were some that I haven’t mentioned so let me know in the comments below as I’m always updating these lists.

I hope you found it as informative as I did, I hadn’t heard of some of these who knew there were apples out there that taste like custard.

How Many Carbs Per Day Do You Consume Or Eat on Medifast? 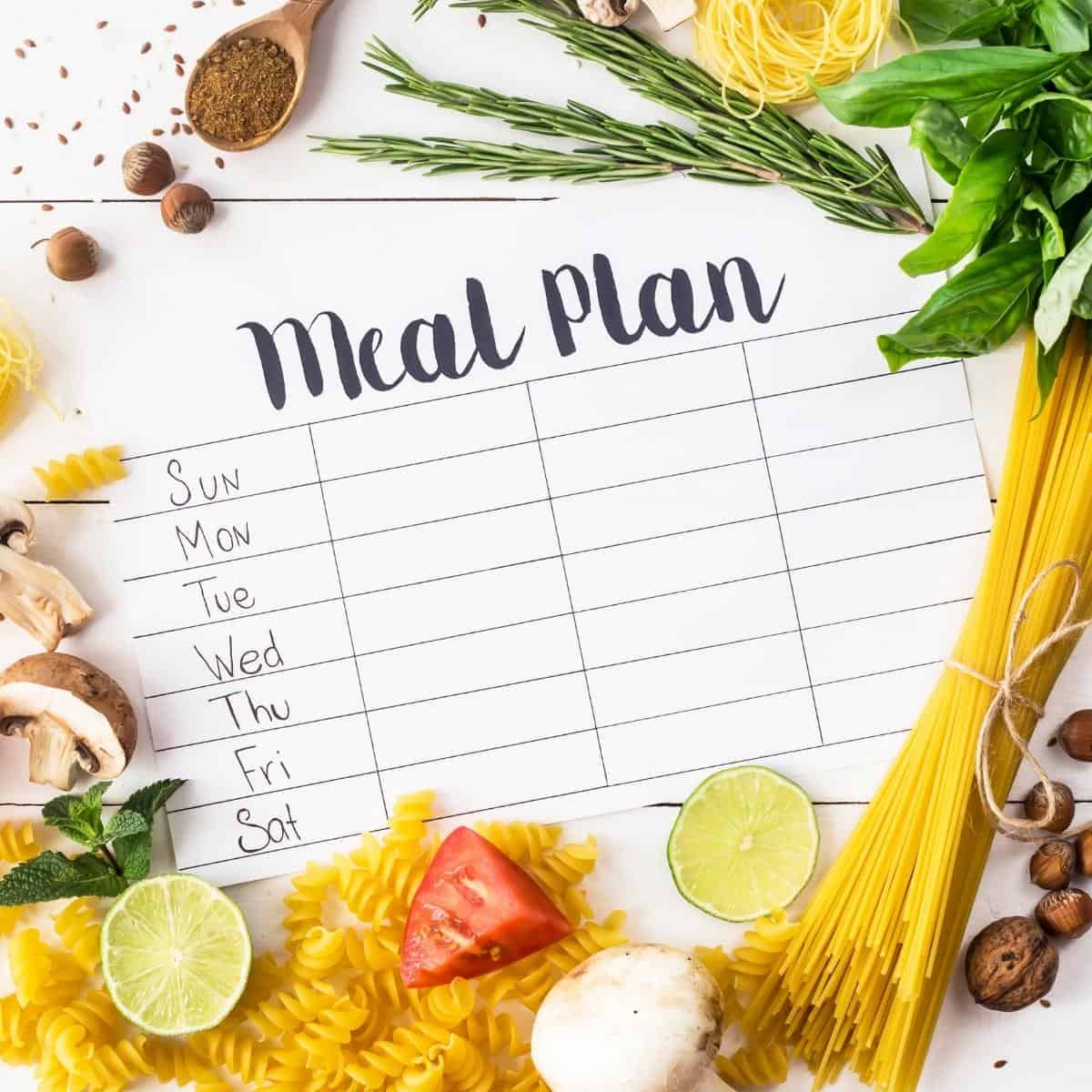 Why The Keto Diet Is So Effective for People Over 50