He wrote Gulliver’s Travels in 1725, and it was published in 1726. The book got a great success throughout the British Empire and earned the title of writer and commentator of great quality and a reputation for the author. In this book, the travel of Gulliver, a surgeon on a merchant ship, is made to four imaginary countries.

So, the book is divided into four parts. His first travel is to Lilliput whose inhabitants are about six inches tall. His second visit is to Brobdingnag, the country of the giants. His third visit is to the Islands of Laputa and Lego, inhabited by philosophers and scientists, keeping a love for music and mathematics. His last visit is to the land of the Houyhnhnms and Yahoos. They are rational and civilized horses, and the yahoos are unreasonable and bestial human beings, completely dirty.

Before discussing the symbols of his work, ‘The Gulliver’s Travel’, we should know something about the literary term ‘symbol’. The word’ Symbol’ is derived from the Late Latin word ‘Symbolum’ means token, sign, or emblem. It is, indeed, the ornament of literature.

The author uses it to expose all the hidden things or the philosophy of work honestly to the readers, as they may not face any difficulties to be understood. If such a thing happened, the work would not be interesting and helpful for representing the age. Jonathan Swift used symbols to convey his ideas to the readers by making them easier with the help of it.

Let’s survey the symbols used in his work, The Gulliver’s Travel’.

In the first book, Swift narrates Gulliver’s visit to Lilliputians, the six-inch inhabitants. They represent the symbol of the extreme pride of mankind. The author represents race ironically. He finds that they are small creatures with small minds, but they are the stock of backbiting and conspiracy; despite it, they consider themselves grand.

Gulliver comes under the spell of their vain glory and is made credulous by their threats of punishment, although the race has no real physical power over him. Gulliver learns more about the Lilliputians’ culture and the great difference in size between him and the race. It is an explicit satire of the British government.

Gulliver finds Lilliputian government officials are chosen by their skill at rope dancing which is recognized as arbitrary and ridiculous. It symbolizes England’s system of political appointment that is arbitrary. The difference in their sizes symbolizes the importance of physical power.

Gulliver can crush the Lilliputians by walking carelessly, but they don’t realize their insignificance which symbolizes their small-mindedness. They keep Gulliver tied up, believing that they can control him. Swift symbolizes humanity’s hollow claim to power and significance.

Swift is very careful in case of his satire and using symbols. The articles signed by Gulliver for gaining his freedom are in formal and self-important language symbolizing a meaningless and self-contradictory piece of paper because Gulliver is the symbol of great strength and power. He can violate all bonds for his safety.

So, European history is a series of brutal wars over meaningless and arbitrary disagreements. The conflict of how a person chooses to crack an egg is a symbol of silliness and triviality. It is ridiculous and unreasonable can be concluded that there is no right or wrong way to worship. Swift suggests that the Christian Bible can be interpreted in more than one way. It is ridiculous for people to fight over how to interpret it when one is uncertain that one’s interpretation is right and others are wrong.

The Lilliputian Emperor is the symbol of tyranny, cruelty, and corruption, and he is obsessed with ceremony showing a changeless symbol of bad government. It is also a biting satire on George I, the King of England (from 1714 to 1727), during much of Swift’s career. He does not admire the king.

The Lilliputian empress stands for Queen Anne, who blocked Swift’s advancement in the Church of England, having taken offense at some of his earlier satires. Gulliver’s urination on her quarter represents Swift’s work ‘A Tale of a Tub. The empress’s disgust at Gulliver’s urination is similar to Queen Anne’s criticism of Swift’s work and her efforts to make his prospects limited in the Church of England. His urination symbolizes his ability to control the Lilliputians. It illustrates the importance of physical power.

Gulliver disobeys the emperor’s order to destroy the fleet of Blefuscu signs the feelings of his responsibility toward all beings. Gulliver finds himself in a position to change the Lilliputian society forever. There is a reference to the army between Lilliput and Blefuscu symbolizes their patriotic glories with such proud marching of armies.

The Lilliputian emperor’s request to Gulliver to serve as a kind of makeshift Arch of Triumph for the troops to pass is a pathetic reminder that their grand parade is supremely silly. The war with Blefuscu is the symbol of absurdity that comes out from wounded vanity. Hence the Lilliputians symbolize lost human pride and it indicates Gulliver’s inability to diagnose it correctly.

In book II (Part II), Jonathan Swift narrates Gulliver’s visit to the giants’ island. Here walking is not a symbol of danger for the Borbdingnagians as it was in his visit to Lilliput because the situation is in reverse. Brobdingnagian represents English ways. After a short period as a working freak, Gulliver is rescued by the king and the queen, and he lives a life of considerable comfort at court.

He spends much of his time learning the language and talking with the king about life in England. The king emerges as a fair, merciful ruler, a very sympathetic and humane man. The Brobdingnagian symbolizes the private, personal and physical side of human beings when examined up close.

In Lilliputians, Gulliver symbolized god-like power, but here he is the symbol of a slave and puppet to perform various tricks for paying spectators. The Brobdingnagian does not symbolize negative human characteristics. The behavior of Borbdingnagians is different and seems to be more civilized than Gulliver’s.

The goodwill of the queen toward Gulliver and common sense views are found. His enslavement is virtual which symbolizes the fundamental humanity of Borbdingnagians. So, it is similar to Europeans who become happy to make a quick jump when the opportunity arises. He is a golden puppet in their hands, and he is given a comfortable cradle with protection from the rats.

In this book, we find a dwarf who is unable to gain the power that generally accompanies great physical size, but he gets distinctiveness which symbolizes the politics of those who attempt to achieve power not through physical strength but through their distinctiveness that is exactly immoral and ordinary.

The ladies and their flaws symbolize imperfection as examined up through close enough scrutiny. Gulliver’s microscopic view of flies and flesh symbolizes the discovery of the microscope. The late seventeenth century saw the first publication of books, containing magnified images. Such microscope views knew levels of intricacy and fault.

In his eyes, the tiny size of Europeans is matched by their moral weakness. Gulliver’s offer of gunpowder represents the imperfection of the British. The king’s refusal symbolizes this race is more human than the other races. It means that, in this society, vices are minimized as much as possible. Although this race has achieved a huge moral achievement, it is not yet perfect.

Gulliver’s third visit is to Lupta which shows Swift’s attack on science and abstract knowledge. The Laputans are the symbol of the stupidity of theoretical knowledge irrelevant to human life. During his voyage, his ship was attacked by pirates.

He spoke with them in the Dutch language, but later on, his exposure to heathens more merciful than Christians symbolized Swift’s religious belief. In this visit, power is implemented not through physical size but through technology.

The floating Island is both a formidable weapon and an allegorical image that represents the symbol of the government and the people. In this visit, he narrates that the Laputans’ rigid devotion to abstract theory, language, architecture, and geography symbolizes non-humanity.

The scientists are engaged in extracting sunbeams from cucumbers and turning excrement back into food and turning ice into gunpowder. The architect is engaged to design a way to build houses from the roof down that symbolizes impossibility and purposelessness, representing the scientific society founded in 1660. Robert Boyle, Robert Hooke, and Isaac Newton were all members of the Royal society.

Its main task was to use the new techniques of science to improve the craft etc. The theorist ruined a country by forcing its people to follow their fresh and wholly useless methods.

Gulliver’s escaping to Glubbdubdrib symbolizes Swift’s attempt to challenge the standards of abstract learning. Overall, the Ancient Greeks and the Romans were understood as truly virtuous, whereas Europeans somewhat were degenerated.

Apart from it, the Struldburgs of Luggnagg symbolizes human desires. They seek eternal life and the primary benefits of old age. Indeed, the wisdom of old age can be used to help humanity, but the immortal Struldburgs grow only more prejudiced and selfish. The struldbrugs’ immense sadness and the emptiness of Gulliver’s desire to acquire riches symbolize Swift’s condemnation of such self-absorbed goals as the state of small minds irrelevant to good society.

Jonathan Swift narrates the fourth voyage of Gulliver to Honyhnhnms, representing an ideal of rational existence. Here, man is supposed to be yahoo, and he is subjected to the animals. It represents that the animals are more civilized or model citizens.

Their society is safe from crimes, poverty, disagreement, and unhappiness. They are unaware of passion, joy, and ecstatic love. The Houyhnhnms appeal to reason rather than any holy writing as the criterion for proper action. They do not use force but only strong exhortation. Gulliver’s entire grief suggests that they made an impact on him greater than that of any other society he has visited.

Indeed, it is a bitter criticism of human beings. Jonathan Swift chose mankind in all three visits, but here he chose animals. Indeed, the Honyhnhnms represent man’s wrong and ostentatious arrogance in the power of reason. Gulliver’s making canoe by stitching to gather the skins of yahoos for escaping from the island represents his swift cynicism toward mankind. If we, further, discuss it, it is the main weapon of the cynic or satirist to improve mankind because every satirist is a reformer by heart.

Indeed, it is the view of his book in a nutshell. His work needs more attention and more time. It hides a great treasure of the relevant age. It is acknowledged that his criticism is swift and hard, but he has not used to exploit human beings but to correct them by picking out their follies. 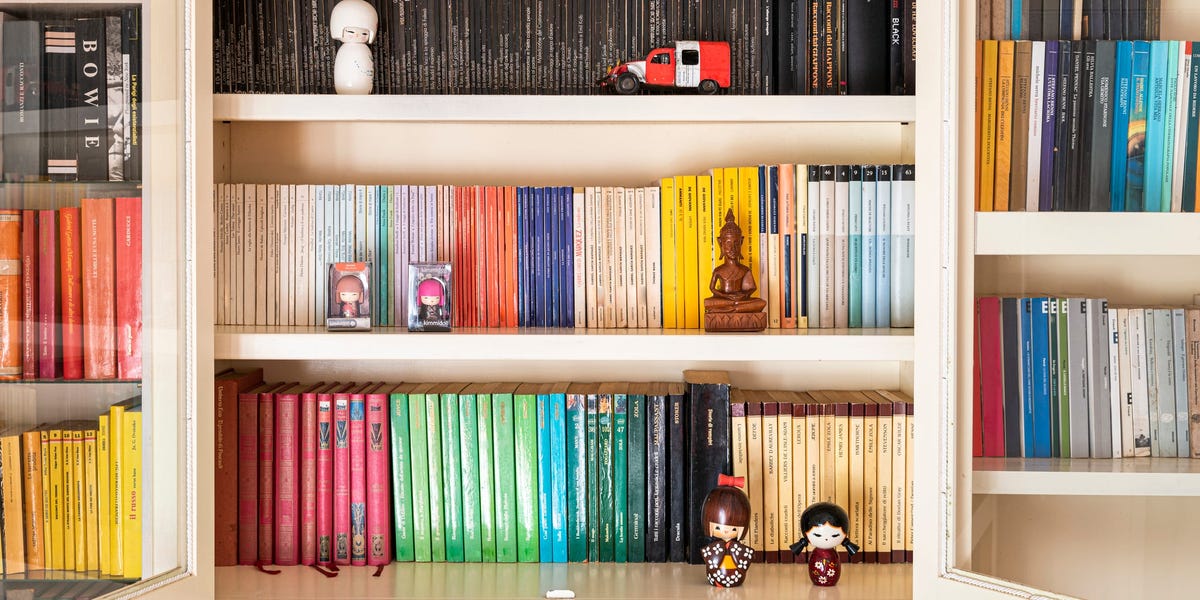 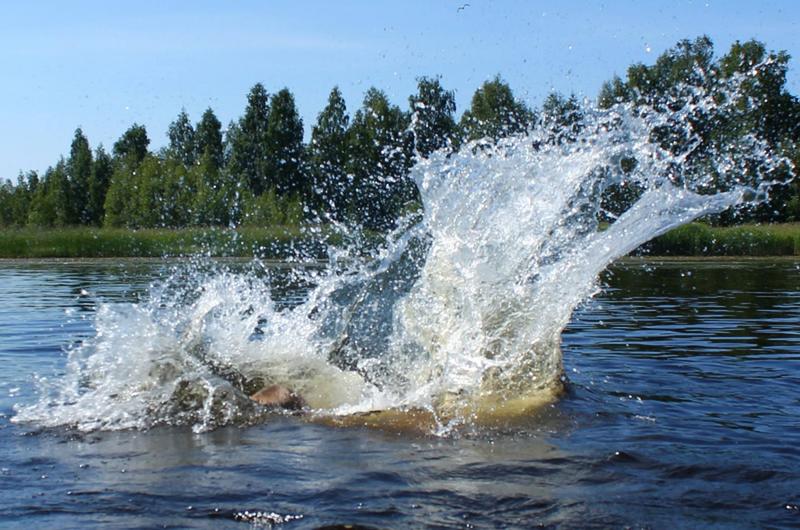 Dog Opens His Mouth, Owner Finds This Inside 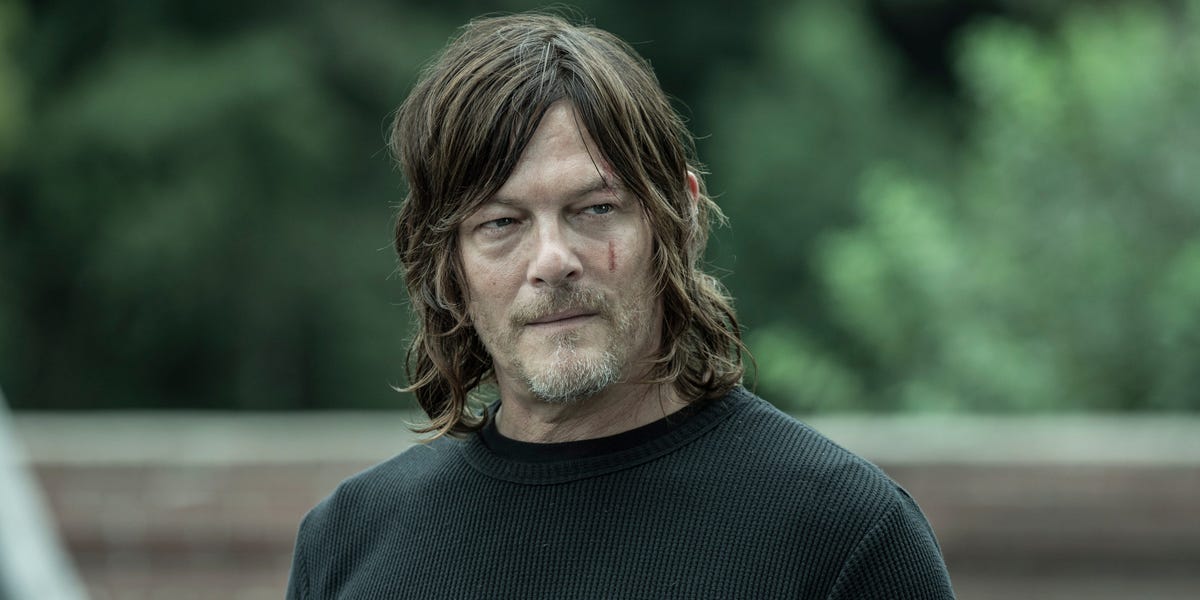 ‘The Walking Dead’ has finished filming after 12 years. Here’s how the cast and crew reacted to wrapping the final episode.