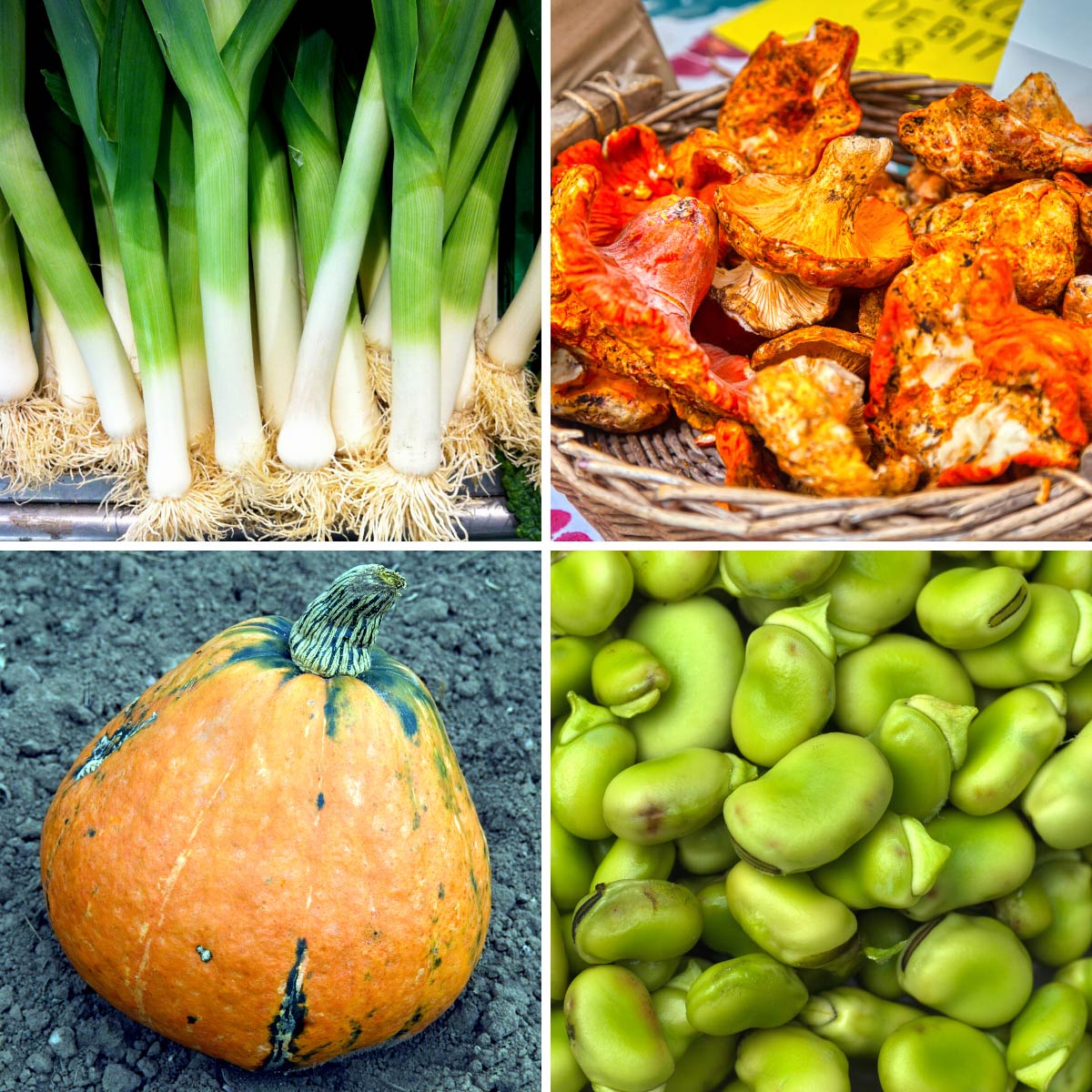 If you love vegetables you’ll love this list of vegetables starting with the letter L! Full of interesting facts, it will be a great addition to your quiz night preparation.

I’ve looked at all sorts of different varieties of vegetables, from root vegetables to edible flowers, herbs and everything in between to give you a list to tickle your taste buds, so what are you waiting for?

All of the veg listed are edible, even if you’ve never tried them before. Will you guess them all? Let’s see if you find some you’re not expecting below.

Before we get started I just wanted to let you know that if you love this list I also have a list of L foods for you to check out too!

You may recognize this vegetable by the name cavolo nero. It has been used in Italian and Tuscan cuisine for a long time. This leafy green vegetable is also known as dinosaur kale.

Also known as waterleaf, this herbaceous perennial plant has a pretty pink flower and is native to Mexico, the Caribbean, West Africa, and Central and South America.

The species name is Talinum fruticosum.

This squash has thick orange skin with dark green streaks up the side of it. This variety took over a century to evolve and is a close relative to the pumpkin.

Lamb’s lettuce, or cornsalad, is part of the honeysuckle family. This leafy vegetable has a strong nutty flavor similar to cress.

The scientific name is Valerianella locusta.

Landang is a type of tapioca and is used commonly in Filipino cuisine. Sadly the tree that it comes from is called the Buri tree, only flowers once in its life, and then it dies.

The species’ name is Corypha.

This biennial herb has been cultivated in England since the 17th Century. It needs less water than watercress and is used in salads or cooked like spinach.

The species’ name is Barbarea verna.

Laver is an edible seaweed, which is consumed mainly in Wales. It is high in iron and iodine. The iodine gives it a similar taste to oysters and olives.

The scientific name is Porphyra umbilicalis.

This is a funny name isn’t it but if you see a picture you’ll agree it definitely looks like one. Also known as Shaggy Mane, it commonly grows on lawns and along gravel roads.

They are the perfect breakfast mushroom and are best eaten straight after picking.

The scientific name is Coprinus comatus.

Closely related to the onion, scallion, shallot, and garlic plants. They are great eaten on their own or in soups, stews, and pies.

The scientific name is Allium ampeloprasum.

When dried out, a legume is also known as a pulse. Pulse cultivation dates back to 3300 BCE! Legumes are not only for human consumption but can be used in oil production too.

The species’ name is Fabaceae.

Also called citronella grass or barbed wire grass, lemon grass can grow up to 2 meters in length. It can be cooked and brewed in tea to boost immunity. It is also used in perfumes.

The scientific name is Cymbopogon.

This is an edible root native to Southeast Asia. It is a common ingredient in Thai soups and is either left in chunks or mashed into a curry paste.

The scientific name is Alpinia galanga.

Lentils are a staple food on the Indian subcontinent and they are a great source of protein.

Lentils are self-pollinating. Did you know in 2020 global production was at 6.5 million tonnes?

The species’ name is Lens culinaris.

This plant is related to the ginger family. It is also an edible root. They are used throughout Asia in curries and perfumes. They are also used as herbal remedies.

The scientific name is Alpinia officinarum.

Lettuce is a popular mild-tasting leaf vegetable that is perfect for salads, and sandwiches. You can even use lettuce as a wrap like in our Korean lettuce wrap recipe.

It is rich in vitamins A and K and there are lots of varieties and they were first cultivated in Ancient Egypt.

The species’ name is Lactuca sativa.

This vegetable is small and green and comes from the tomato branch of the nightshade family. They have a bitter taste but are great thickening agents for soups in particular.

The species’ name is Solanum aethiopicum.

More commonly known as a butter bean, lima beans are a good source of dietary fiber and protein. They are rich in potassium, calcium, and vitamin B-6.

The scientific name is Phaseolus lunatus.

Lo Bok is a Japanese radish. Also called Daikon, it is high in vitamin C and fiber. It is used in lots of South and Southeast Asian countries.

The scientific name is Raphanus sativus.

Ok, so this may be a little bit of a cheat entry. The lobster mushroom is actually referring to the parasite that attacks certain species of mushrooms turning them a lobster red.

The mushrooms that are attacked have a seafood-like flavor and can often be found in the grocery store.

Lollo Rossa is a type of lettuce. The leaves are dark red and frilly, which gives a great pop of color to salads and sandwiches.

The species’ name is Lactuca sativa.

Loroco is an edible flower that is a key food item in Guatemala and El Salvador. They are used for a variety of cooking purposes.

The root of the lotus flower is consumed in Asian cuisine. They can be eaten fresh, frozen, and canned. They have a similar texture to raw potato and a distinctive taste.

The scientific name is Nelumbo nucifera.

Luffa can also be spelt loofah. They are similar to marrow and need to be harvested young to be edible. They are mainly consumed in India, China, Bangladesh, and Vietnam.

The species’ name is Luffa aegyptiaca.

Also called lupini beans, traditionally these beans are pickled and eaten as a healthy snack in the Mediterranean basin, Latin and North America.

Sometimes they are eaten without the skin as they’re high in protein.

One species’ name is L. albus.

Looking to learn a new and surprising list of vegetables? Look no further than vegetables beginning with the letter L!

What did you think of this list of vegetable names starting with L? Did you know them all or were you surprised – which was your favorite, let me know down in the comments!

I know I don’t fancy those lemon drop peppers, they sound a bit too hot for me! Tomato – The God Food for Nutrition and Human Health

: How To Turn Into A Vegetarian/Vegan?