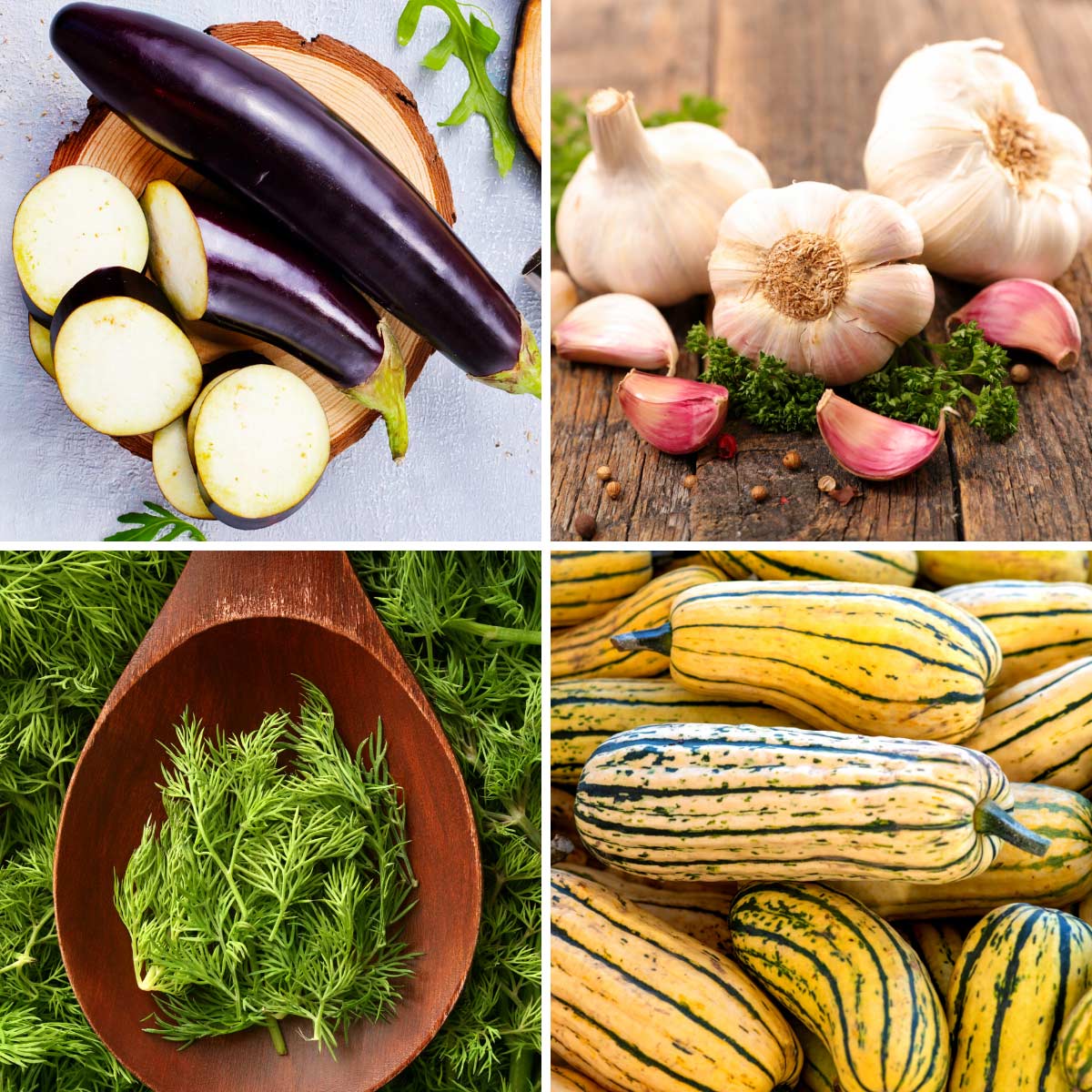 Have you played that children’s game ‘Name, Place, Animal, Thing’, where you had to pick an alphabet and all players must come up with an item for each category?

I’m trying to remember what I came up with for the letter D because, after Daikon radish, I am kinda drawing a blank. Is there a world encyclopedia for veggies? Oh, this is going to be it? Right-o!

Let’s get going with the list of vegetables that start with ‘D’, then!

Dabberlocks are eaten in Scotland, Ireland, Greenland, and Iceland, both raw and cooked and are highly nutritious.

A popular type of radish, the Daikon radish (scientific name: Raphanus sativus var. Longipinnatus) is a veg well known to salad lovers everywhere. Daikon radish, or winter radish, is a root vegetable that is mild in flavor.

It has a sharp, spicy flavor when eaten raw, and so adds a lively note to salads.

Daikon radishes are quite popular in Indian and Japanese cuisine. Easily found in your corner grocery store, Daikon radishes can also be pickled or sauteed in stir-fries.

Aren’t dandelion plants weeds? Why are we chomping down weeds? Fear not, my friend, dandelion greens (scientifc name Taraxacum) are perfectly safe for us humans to eat.

What’s more, they are a treasure trove of vitamins and minerals. Dandelion greens are excellent sources of vitamins A, E, K, C, phosphorus, calcium, sodium, and potassium and can be cooked just like other greens like spinach, kale etc.

Dasheen (scientific name Colocasia esculenta), popularly known as taro, is a root vegetable and is a staple in African, South Asian, and Pacific cuisines.

In fact, it is one of the earliest cultivated plants! The vegetable cannot be eaten raw – they need to be peeled, boiled, and then cooked to be ready for consumption.

The leaves of the Dasheen plant are also edible and make delicious treats when cooked with spices.

Fruity, sweet, hot – the many words used to describe Datil pepper (scientific name Capsicum chinense ‘Datil’). This yellowish-red-gold pepper is grown mainly in Florida, in the United States, and in the St Augustine area.

‘Datil’ means ‘date’ (as in, the fruit of the date palm tree) in Spanish, as it is said that this pepper resembles the shape of a date palm. It rates around the same as a habanero, on the Scoville heat rating scale.

Fun fact: the first Saturday in October is known as “Datil Pepper day” and the pepper is the “official plant” of St John’s County. A pretty popular plant, huh?

What could be more fun than having your very own edible garden? If you are planning one, daylilies should be a big part of it!

Not only is this flowering plant gorgeous to look at, but the most common variety, Hemerocallis fulva, is also really flavorsome. You can eat the tubers, the flowers, and the stalks of the daylily plant.

An unusual variety of bell pepper, the diamond bell pepper (scientific name: Capsicum annuum) is a translucent variety of pepper, with a sweet flavor. These are quite rare and are grown mainly in America.

Rich in flavor and crunchy in texture, the diamond bell peppers make wonderful additions to salads. With their startling ivory-colored flesh, these peppers are quite striking to look at.

Known as aubergine in the UK, these tasty vegetables are long and purple in appearance. Sweet-tasting and not bitter, unlike regular eggplants, the diamond eggplants taste heavenly when grilled.

Aromatic and flavorful, dill (scientific name: Anethum graveolens L.)leaves are used by cooks everywhere to add some oomph to their dishes. A type of herb related to the celery plant, dill leaves, and seeds are used to garnish soups and salads.

Of course, dill pickles are hugely popular in delis everywhere.

Did you know though, that dill is also rich in antioxidants and minerals, and is also used to treat digestive ailments.

Dillisk seaweed or palmaria palmata is a red algae that grows on the northern coast of the Pacific and Atlantic oceans. A popular snack, Dillisk is an important dietary fiber of Icelandic cuisine.

In Northern Ireland, Iceland, and North America, this seaweed has quite a few health benefits and is used both as a medicine and a food.

It possesses a mildly spicy and salty flavor and is also used as a garnish, in its dehydrated form.

When you open a can of pumpkin, the variety that is usually canned is the Dickinson Pumpkin (Cucurbita moschata).

Looking more like a watermelon than a traditional pumpkin does, these pumpkins are the variety to go for if you are keen to grow or buy pumpkins to eat, in bread, curries, salads or in pies.

Fun fact: Dickinson Pumpkins aren’t actually pumpkins at all, but squashes and belong to the same family as the butternut squash!

The bumpy leaves of this kale variety are supposed to resemble dinosaur skin, hence the name. The variety is grown extensively in Tuscany and features in traditional Tuscan foods, such as ribollita, minestrone etc.

These gorgeous looking baby radishes are an old French heirloom variety. Their name translates to ‘of eighteen days’ as these radishes taste fresh with they are 18 days old.

The De 18 Jours Radish (scientific name: Raphanus Sativus), also known as French breakfast radish, is a gorgeous looking plant and one of the quickest growing of any radish.

Makes a spicy and crunchy addition to any salad, these radishes!

A super appetizing name – not! This ugly-looking pepper is frankly, quite scary – measuring an unholy 1,400,000 Scoville heat units, this pepper ranks right up there with the grim-sounding Carolina Reaper.

Not something you would like to find in your Friday curry, eh what? It is supposed to contain citrusy and floral notes, but the pepper loses me at “Death Spiral”.

It is 560 times hotter than a jalapeno, for crying out loud! The only saving grace is its small size! It changes colour as it ripens, turning red from light green, via peach and orange. Oh and they develop a bit of a ‘tail’ too! Such fun!

A winter squash variety with pinstriped skin, Delicata squash (scientific name: Cucurbita pepo ‘Delicata’) is a tasty vegetable that is almost a cross between sweet potato and butternut squash.

This veg is so versatile that it can be baked, stuffed, steamed, oven-roasted, or sauteed in a pan. Just what you need in a veg!

Though this variety is not full of beta-carotene like the usual pumpkins and squashes, the Delicata squash does Vitamins B and C, as well as magnesium and manganese.

Sliced and cooked in a pan, these dolichos beans are a popular ingredient across the tropical areas of the world – India, as well as East and SouthEast Asia, and East Africa.

A climbing plant, the seeds, pods, leaves, and roots of the Dolichos bean are edible.

High in dietary fiber as well as essential minerals like potassium, calcium, phosphorous, sodium, and iron, double beans are a good source of protein for vegetarians and vegans.

They taste delicious eaten fresh, with their tender outer layer or as dried beans. This type of bean is tasty eaten raw or cooked and is hugely popular with chefs and gourmands for its popping flavor.

A gorgeous-looking veg, purply-red on the outside and yellowish-orange on the inside, the Dragon Carrots (scientific name: Daucus carota) are as far as you can get from the bog standard orange ones you see on the regular.

The taste profile of these Dragon Carrots is quite different to the sweetness of the orange carrots too. These ones are actually a bit spicy – we can totally guess where the ‘dragon’ comes from!

Originally from China, the Dragon Carrots are excellent served raw, in salads.

A variety of heirloom garlic, the Dubna Garlic (Allium sativum) is a gorgeous looking bit of veg. It sports a jaunty marbled purple streak!

First found in Dubna, Russia, from where it gets its name, this variety of garlic has large to jumbo sized bulbs.

The purple streak is carried on the outside too, on the wrappers.

Grown across the Indian subcontinent, the leaves and the tender fruits of the drumstick plant are edible and are prized for their high nutrient quantity.

Moringa leaves contain high amounts of B vitamins, vitamins C, K, and manganese and are prepared just like spinach.

The tender fruits of the drumstick plant are cooked in dishes like sambar and their tender inner flesh is consumed.

It is perfectly suited for soups, stews, and for juicing. If you are bored of the usual leafy greens, this blue kale might come as a welcome change.

Slow roasting them gently on a low heat lends a sweet taste to it that is so unique to this veg. They are great as a part of mixed roasted veg, soups, stews and purees.

Have you gotten bored of the same old veg? Need to add more to the mix? We got all the vegetables starting with ‘D’!

How many have you tried? Do tell! 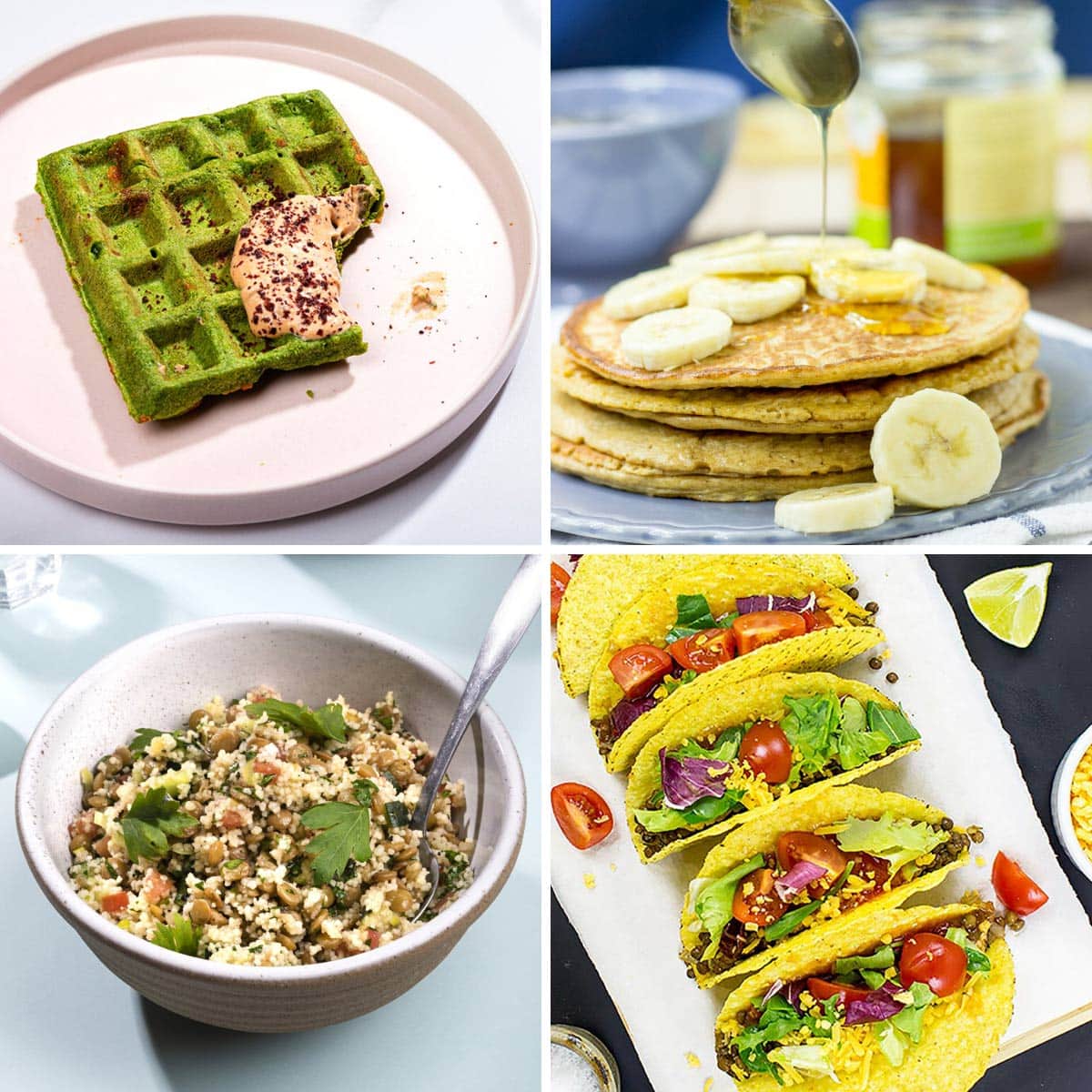 The Importance of Soup in an Older Person’s Diet