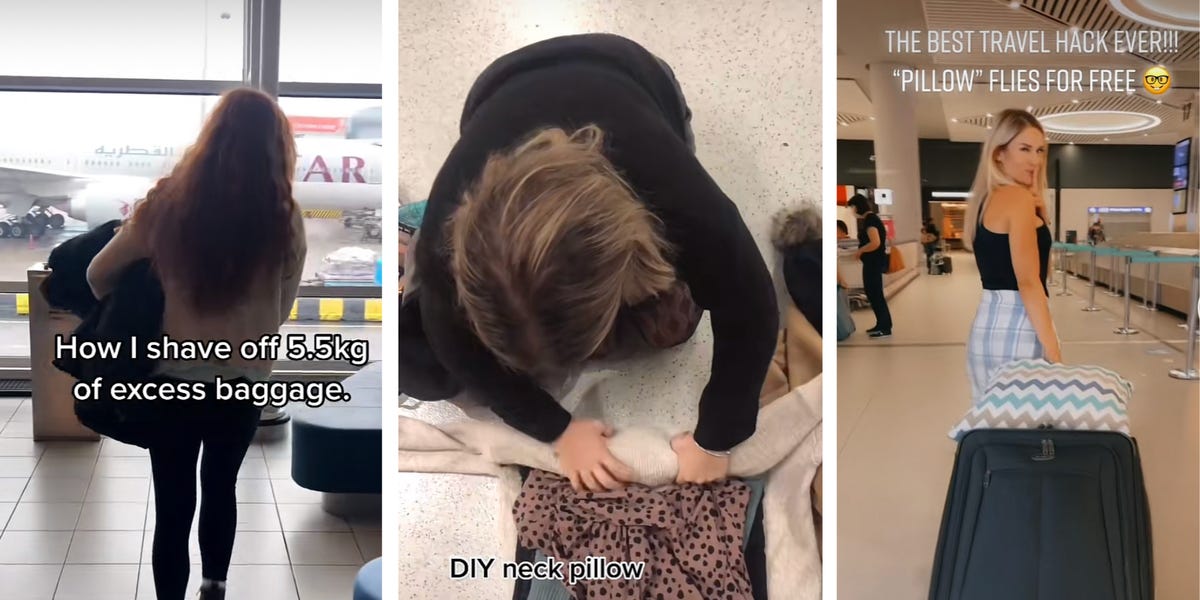 Folding, stuffing, zipping, weighing, and weighing again are all common practices when it comes to packing for a vacation, but TikTokers think they’ve found more creative ways to deal with baggage restrictions, and are gaining millions of views by sharing them.

The hashtag #travelhacks has 818 million views on TikTok, and the most-watched videos focus on baggage, showing viewers how they can sneak extra belongings onto a plane.

While travel-hack TikToks often go viral, commenters are often skeptical about whether they actually work. Travel experts told Insider that while passengers would stand a good chance with some of them, others are likely to be a waste of time and could even result in additional charges.

A video posted by the user @nolimitua on September 18, 2021 shows a woman taking an empty full-sized pillowcase and filling it with clothes to sneak onto the plane. The TikTok now has almost 25 million views.

Naveen Dittakavi is the founder and CEO of Next Vacay, a travel service for cheap flights. Dittakavi told Insider that while this hack is “worth trying,” it is unlikely to work on every occasion.

“Most airlines will allow you to bring a travel pillow as part of your attire, but each airline will determine if you can board carrying a standard-sized bed pillow, depending on their luggage regulations,” he said.

Dittakavi suggested asking the relevant airline what size pillow would be appropriate, as some might consider a full-sized pillow to be an allotted personal item, and taking it on board could lead to unexpected fees if an airline imposes restrictions.

In November 2021, @kristenashleyblack posted a TikTok with on-screen text that read, “how to pack when you have zero baggage allowance.”

It showed a woman layering several items of clothing on top of one another before rolling them up into a sausage shape. She then tied the bundle around her neck using the sleeves of one of the tops, fashioning her own neck pillow.

At the end of the video, the woman put on a backpack as well as the neck pillow, and on-screen text read, “Ready for Paris fashion week + saving money so win win.” The video has more than 10 million views.

Dittakavi told Insider that while this sounds like a “brilliant packing hack,” it won’t work on all flights.

Most airlines allow travelers to bring one carry-on bag and one personal item onto the plane, but if the airline offers zero baggage allowance, as is sometimes the case with a basic economy ticket, passengers will only be allowed to bring a personal item that fits under a seat, he said. This means that while you could take a backpack on board, you won’t get away with having a neck pillow as well, like the woman in the video implied she did.

Bianca Motalvo, a digital communications specialist at United Airlines, also said this hack was a risk, due to the pillow obviously looking like it’s been made from clothing.

She said that many rulings are at the discretion of the gate agent who “may or may not ask for all items to be packed properly,” rather than tied around your neck.

In a video with 3.6 million views posted by @imogenblow, the creator claims she “shaved 5.5kg” off her baggage total with her budget travel “coat hack.”

She could be seen carrying a single black coat on her arm in the TikTok. However, she then put the coat down and unzipped it, revealing several other pieces of clothing layered on top of one another and tucked inside the coat.

Tom Church, the co-founder of money-saving travel community latestdeals.co.uk, told Insider the issue with this hack is that the bundle of jackets could end up being too large to take on the plane.

Church said you would have to be confident that you could fit the “gigantic coat” underneath the plane seat, or you may be asked to pack it away. “Carrying items of this size onto a plane doesn’t seem very practical. It would be better to ask yourself if you really need so many clothes when you have to lug them around like this,” he said.

Instead of trying to sneak more clothes on board by disguising and carrying several coats, Church shared some tips that have helped him with airline trips in the past. He recommended using vacuum-sealed bags, to suck the air out and compress clothes into the smallest possible size, which Church thinks gives you an extra 50% of space.

He also recommended that parents use the opportunity to take more luggage onto the plane by using a full-sized bag for their child instead of a kid’s bag.

Bianca Montalvo said her favorite travel hack is using packing cubes, which are small bags that “can help condense all of your items in your bag and are also great for organizing.” She also recommended buying shampoo and conditioner bars instead of bottles to save space. 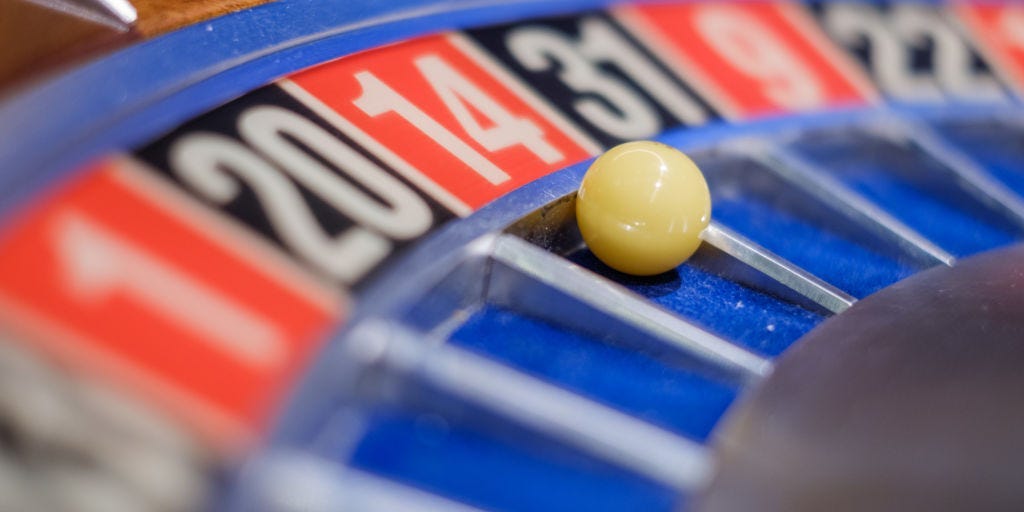 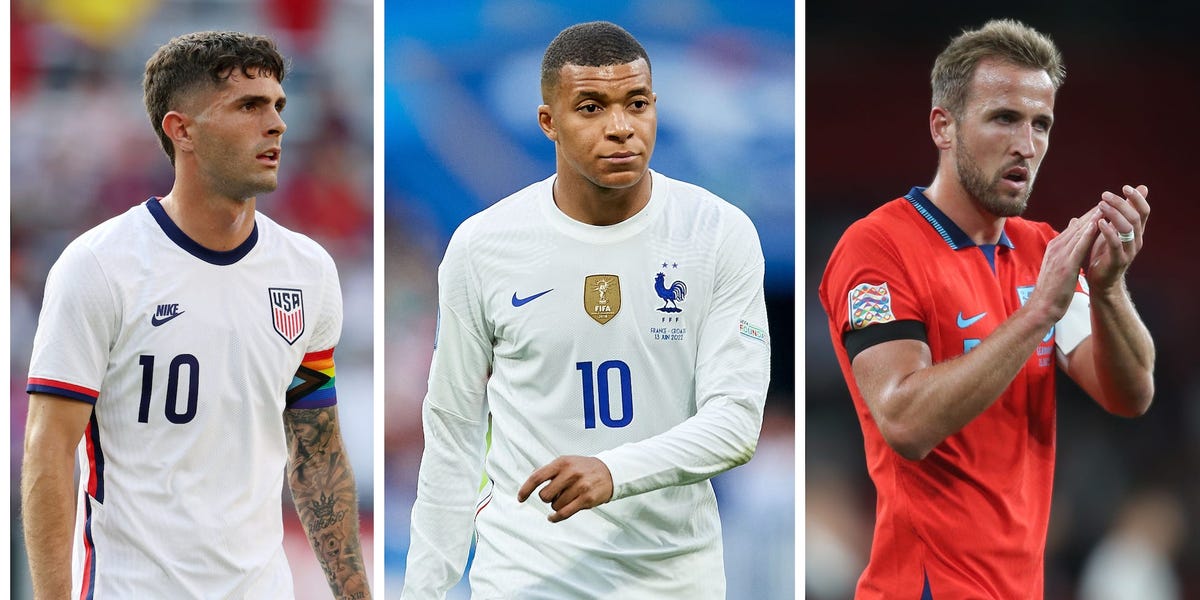 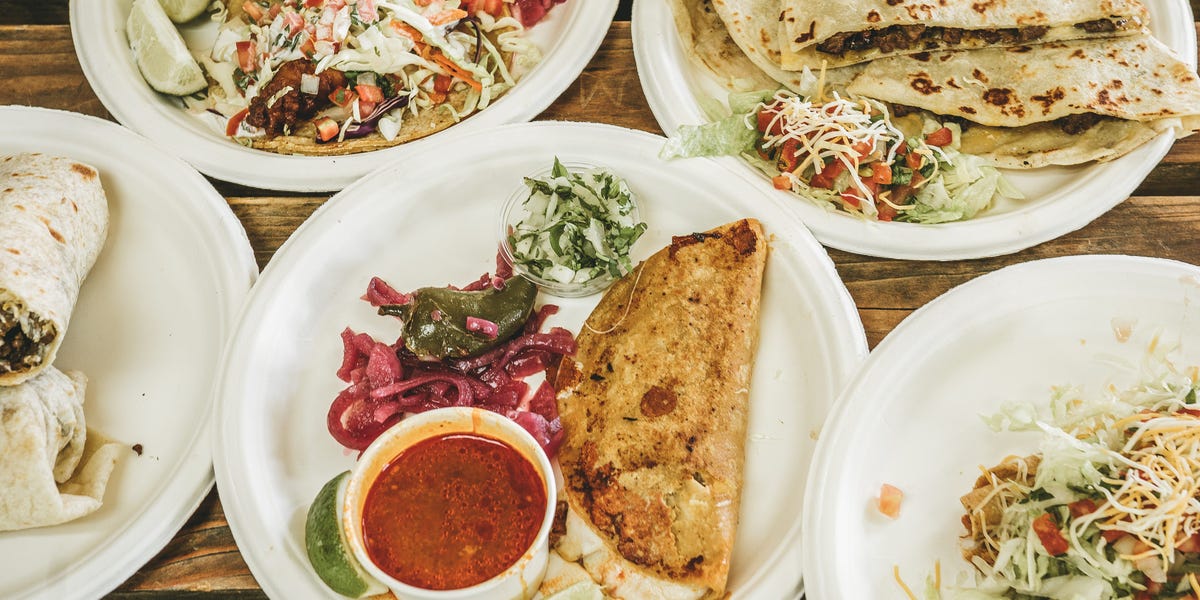