There is no question about it, if you are one of those families that embrace the elf on the shelf tradition at Christmas time, then the realisation that the elf hasn’t moved is enough to send you into a panic. Relax! It happens to the best of us.

Bookmark this post and if you suddenly find yourself faced with the question “Why hasn’t the elf moved/gone back to the North Pole?” from your little ones then rest assured, I have you covered with all of the reasons why your elf on the shelf didn’t move. You’re welcome!

You could really play on the fact that the elf loves your home and so just decided to stay put for the night rather than do the usual trip to the north pole or any naughty antics.

If your elf is one of those elves that get up to naughty tricks all of the time then this is a great reason to use it. Your elf could be considerate and give you the opportunity to not have to clean up a mess but may come back the following day with something even crazier instead.

It was too cold to leave last night

The weather is always a great one that could be believable even for the most sceptical of children. Winter often means cold weather, so you could explain that the weather was just too cold to leave.

You could also play on the weather and say that you heard a storm in the night. With lightning and thunder and explain that it is simply too dangerous for the elf to travel during such bad weather.

Fresh snowfall meant the elf was snowed in

This excuse will only work if it has snowed, but if you are fortunate to have snow on an evening you forgot then this is a great one to use. Or if you see the snow falling maybe have this excuse ready and give yourself the night off.

It was too windy last night

Another option when it comes to weather is to blame the wind. It might be that it was just too windy to risk flying back to the North Pole.

If it is close to Christmas then this is an excellent reason why your elf hasn’t moved. You could simply say that as it gets closer to the big day, Santa is busier with his list and preparing the toys, and so they don’t need to go back as often. Unless, of course, there is anything specific to report.

Maybe there has been a bit of questionable behaviour or you have noticed a bit of negativity recently, if so then this reason is perfect. You could say that your elf needs Christmas spirit to be magical and if there isn’t enough then they simply can’t travel home. Get your kids to sing Christmas carols or get into the Christmas spirit with some crafts.

Maybe the elf is stuck, let’s see if he moves tomorrow instead

Sometimes you just have to think on your feet, so why not just say that he’s stuck? You could then say that good behaviour or being in the Christmas spirit could give them a magical boost helping him on his way that night.

You have gotten up too early, go back to bed and see what happens

It might be that you could only use this one for younger kids, but it is definitely a valid excuse, especially if it is obscenely early. Send them back to bed for a bit and use the opportunity to make a move.

The elf is poorly, so might need to rest

Illness doesn’t escape the elf when they come to your home, especially if you have all recently been unwell yourself. One of the biggest reasons a parent doesn’t move or set up the elf is because they are unwell, so you could play on that and the elf has caught your cold or illness, either from you or the kids.

The elf is tired and needed a night off

You could also say that the elf is likely to be tired and just needed a rest. You can play pon the fact that we all need a break every now and again and it takes a lot of energy and magic to fly back to the North Pole every night, or get up to naughty antics in your home.

They stayed up too late watching TV

An easy option is to just say that they stayed up too late watching TV and had no chance to get back in time.

They stayed up playing with your toys too late

Just like the TV excuse you could say that they had too much fun playing with the toys that were left out the night before that there was just no time to make the journey.

It was an elf holiday so he didn’t have to work, perhaps you need to check the diary for future holidays

Just as we have bank holidays and weekends, you could say that it was a specific elf holiday so they get a break and rest.

You can use this reason however you want. You don’t need to place any blame on anyone, but you could say that the elf detects noise and sounds and if they think they will be discovered they simply stay put. If your child has had a troublesome night getting up when they shouldn’t you could say the elf must have heard the nighttime dramas.

The elf heard a noise, so got back in the same spot just incase

If you don’t want to use the excuse of someone getting out of bed then you could say that the elf heard a noise, any noise and that they got worried in case they would be discovered missing so just got back in the same spot until they think the coast is clear.

The elf has found the perfect spot to observe

If your elf was placed in a high spot, such as the Christmas tree, for example, then you might want to say that it is obviously the perfect spot for good behaviour so they have something to report back to the main man.

They forgot that was the same spot

If you have younger children, you could play on the fact that the elf has obviously been very silly and has clearly forgotten that it was the same spot as yesterday. Silly elf!

Perhaps the elf decided to raid the Christmas chocolates or the treats you have been saving, so was just too full to make the journey.

The elf fell asleep waiting for you to fall asleep, get an early night tonight

If you have an issue with bedtime, then this is one of the perfect reasons to have it as a backup if your elf hasn’t moved. You could say that the elf had tried to stay awake but it was just too late in the end. If you want to use this excuse but your kids are great sleepers then blame yourself. You could say you were up late working and that it is your fault.

He’s saving his energy for a big surprise tomorrow

Another easy one to use is just to say that you think there must be some big surprise the following day and that’s why he hasn’t moved. Of course, this means you are going to have to think of something, so don’t use this reason unless you have a plan.

You could just say that the elf was having a work from home evening and instead managed to contact Santa by phone or email. You could even create something on your phone and say you “found” a sent email from your account.

He’s tricking you, he just decided to come back in the same spot as a joke

If you think your kids will accept it, then you could say that the elf is playing a trick and just decided to come back to the same spot. You could even say that you notice his legs/arms/body is in a slightly different position so the trick clearly hasn’t worked. You might need to work on your acting skills for this one.

He is waiting until there is something good to report

If your child/children have been a little difficult then you could use the reason that the elf is waiting for something good to report.

Hopefully, this has given you plenty of reasons why your elf on the shelf didn’t move.

I know how hard it can sometimes be to stick to a plan and follow a new routine. Planning is key so here are some weight loss resources that should really help you with that. 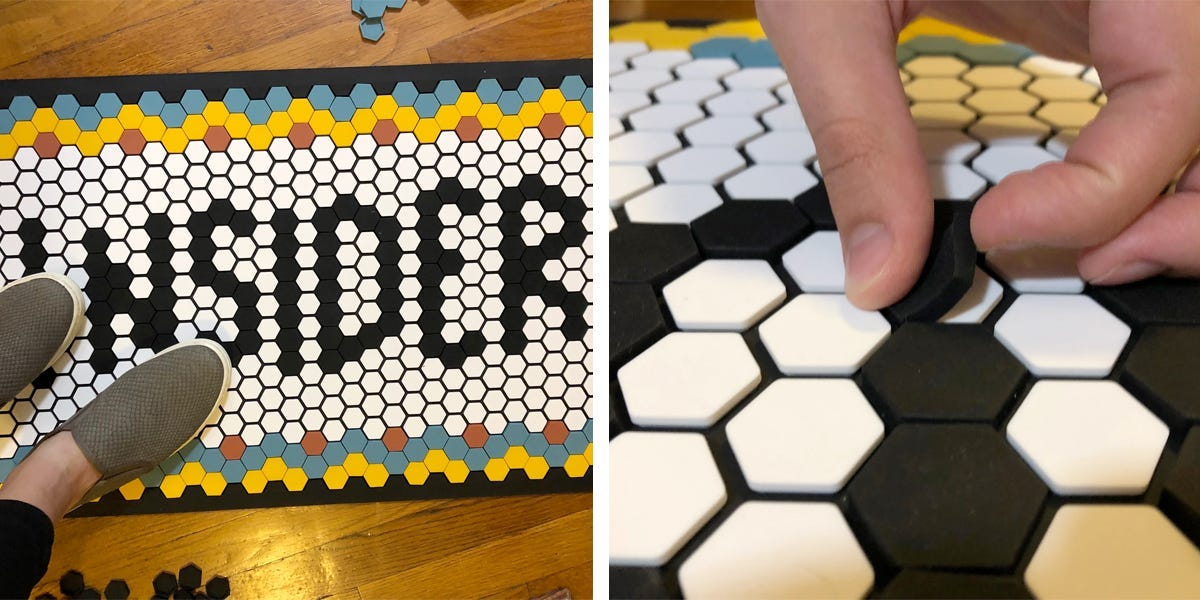 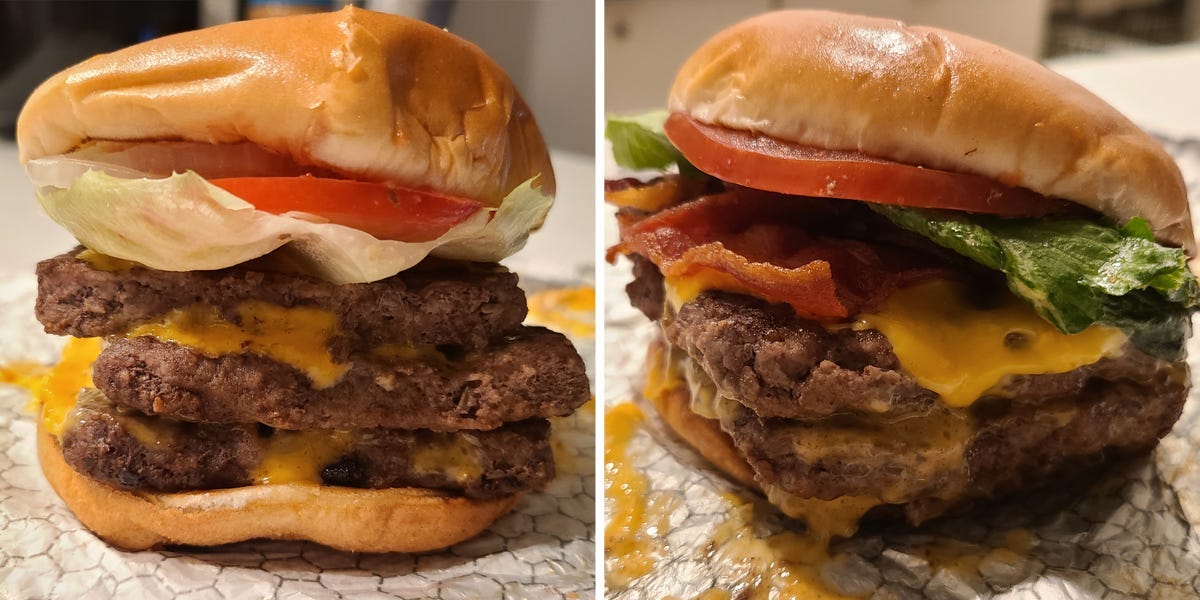 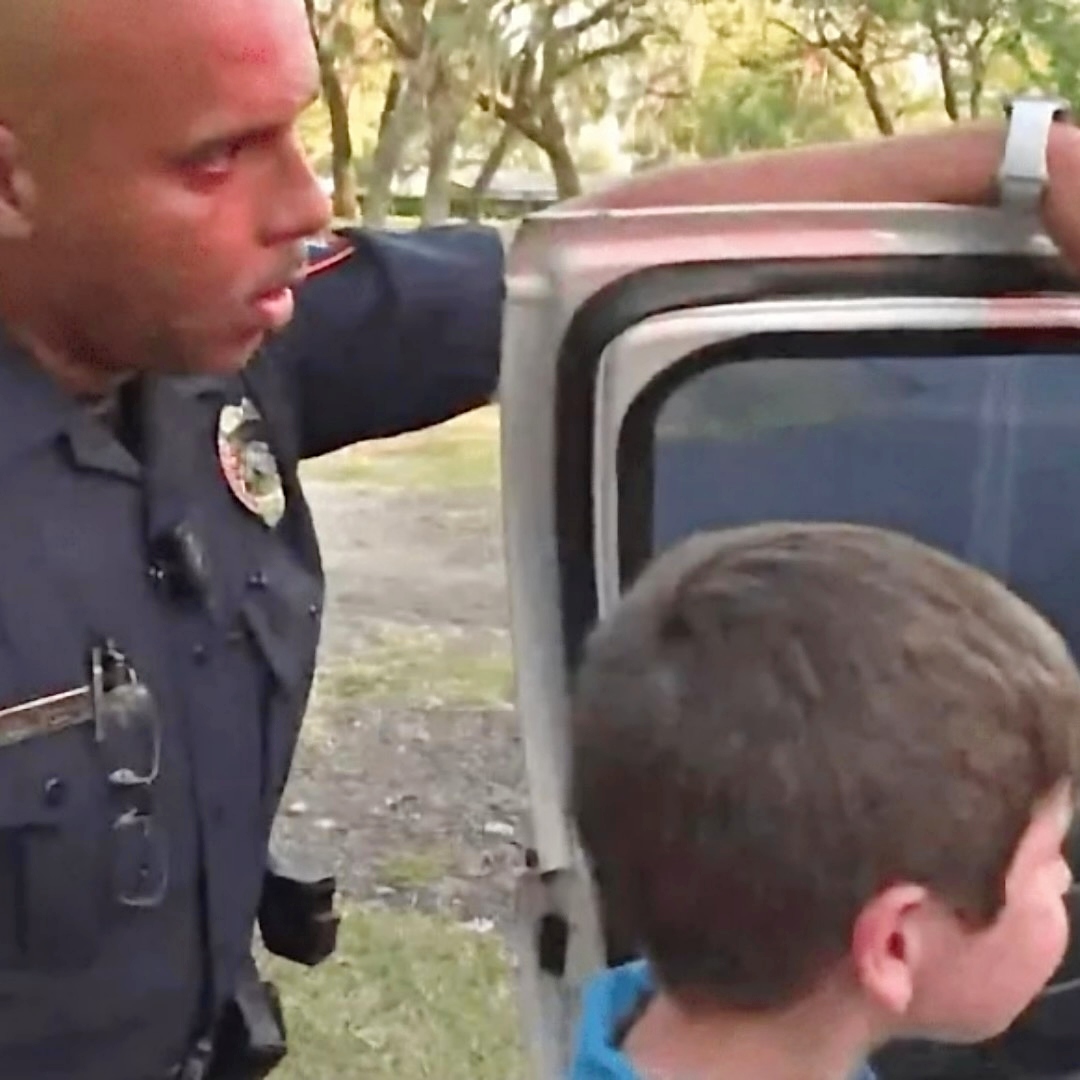 Boy Sees Officer At Denny’s, Gives Him A Note