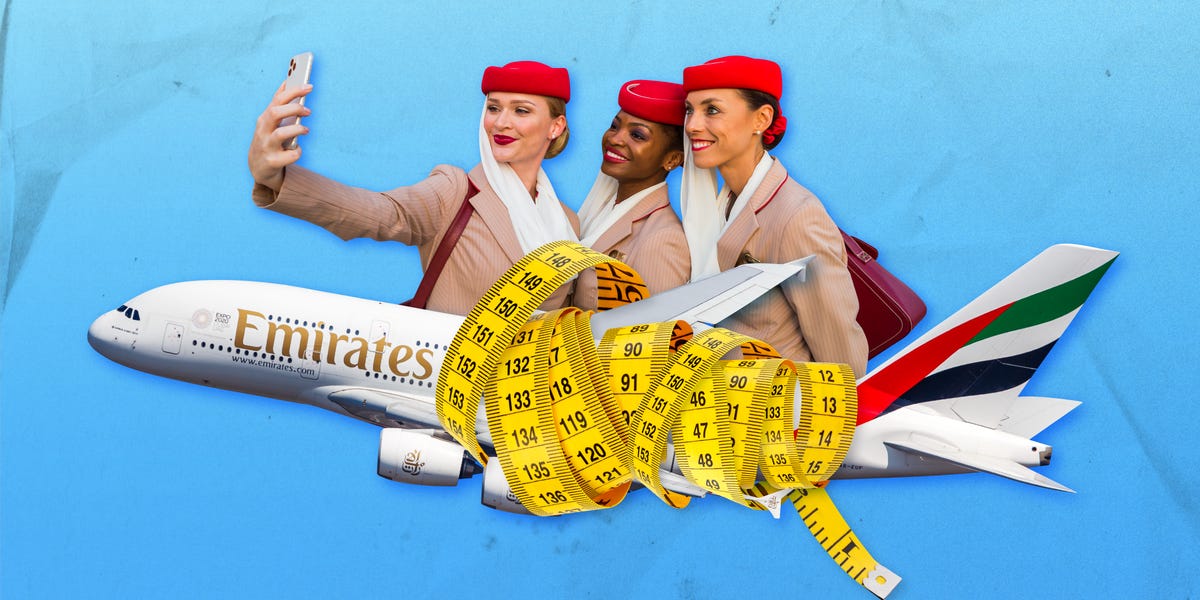 Former Emirates staff say cabin crew returning from maternity leave face incredible pressure to satisfy the airline’s strict image and weight standards enforced by an internal group of officers known by some as the “weight police.”

Jay Robert, a former Emirates senior onboard flight attendant who worked for the company for 13 years, said he knew work friends who went to extreme measures to

before returning to work after giving birth.

“My friends who were trying to come back from maternity leave were struggling and trying to starve themselves, to fit back in the uniform while nursing babies,” Robert, 37, told Insider.

Robert, who said he was required as senior staff to carry out image and grooming checks on cabin crew before flights, said new mothers would be taken off roster, meaning grounded without their per diem paycheck for flying, until they lost the weight required of them.

“They take your paycheck away until you can fit into their limits, their weight limits,” he said. “How do you expect a mother whose hormones have changed, who’s now breastfeeding her child, how do you lose this much weight this fast without starving themselves?”

It’s not the first time the difficulty of returning to work at Emirates after giving birth has been reported by Insider. During an investigation into claims about the airline’s “Appearance Management Program,” which former flight attendants said not only existed but was run by officers known to some as the “weight police,” former flight attendant Karla Bayson said she experienced anxiety on maternity leave about meeting the image standards upon return.

Bayson said gaining 44 pounds during her pregnancy led to anxiety, because she knew the “weight police” were strict on new moms and could ground them until they “lose what is required.”

Pregnant flight attendants are weighed before and after maternity leave, a former manager says

A former manager, who worked for the airline for over 10 years and spoke on condition of anonymity, said flight attendants sign a contract beforehand acknowledging the weight requirements upon return from maternity leave.

“We weigh them on their last day of work, and they have to come back within a certain percentile, plus or minus of that weight,” this person, whose identity is known to Insider but was granted anonymity for employment purposes, said.

Emirates declined to comment on the experience of cabin crew who go on maternity leave, the “weight police,” or other specifics in this story, but an Emirates spokesperson did say the company runs an “Employee Assistance Program,” available to all employees.

“The wellbeing of our employees is of the utmost importance,” they said. “The programme offers guidance and coaching on a range of issues, from safety training through to physical and mental health support. Being fit and healthy is critical to cabin crew being able to carry out duties safely and effectively.”

“We are not able to comment on current or previous employees or specific business-confidential policies,” they added.

However, a former human-resources business partner who worked for Emirates for over five years and spoke on condition of anonymity also said new moms would be held to rigid weight and image standards despite their situations.

“There’s a lot of ruthlessness when it comes to trying to meet that standard,” this person, whose identity is known to Insider but was granted anonymity for security purposes, said. They added that “weight police” didn’t go any easier on those returning from maternity leave.

The contract did not outline specific weight requirements in writing but said employees must meet image and uniform standards per the “Uniform Standards Manual including attaining a healthy BMI” before returning to work.

But when assessing BMI as a measure of health, medical experts say it isn’t effective. The metric doesn’t differentiate between weight from fat, muscle, or bone, for example, and it’s a poor indicator of metabolic health.

The criticism of using BMI as a way to measure flight attendants’ health, including returning mothers, was also noted by trainers working with Emirates cabin crew, Roberts added. “BMI is a very outdated way of gauging someone’s healthy weight,” he said. “My trainer who was training Emirates cabin crew, she was like, “I can’t believe they’re going by these archaic standards.” 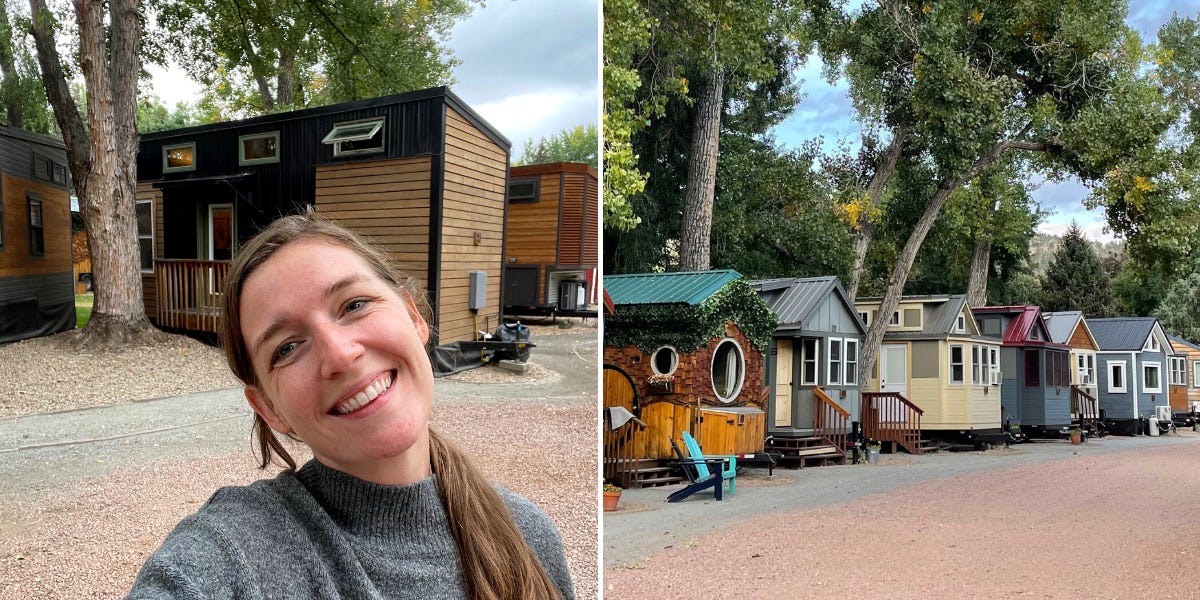 Staying in a Tiny House With Friends: What It’s Like, Photos 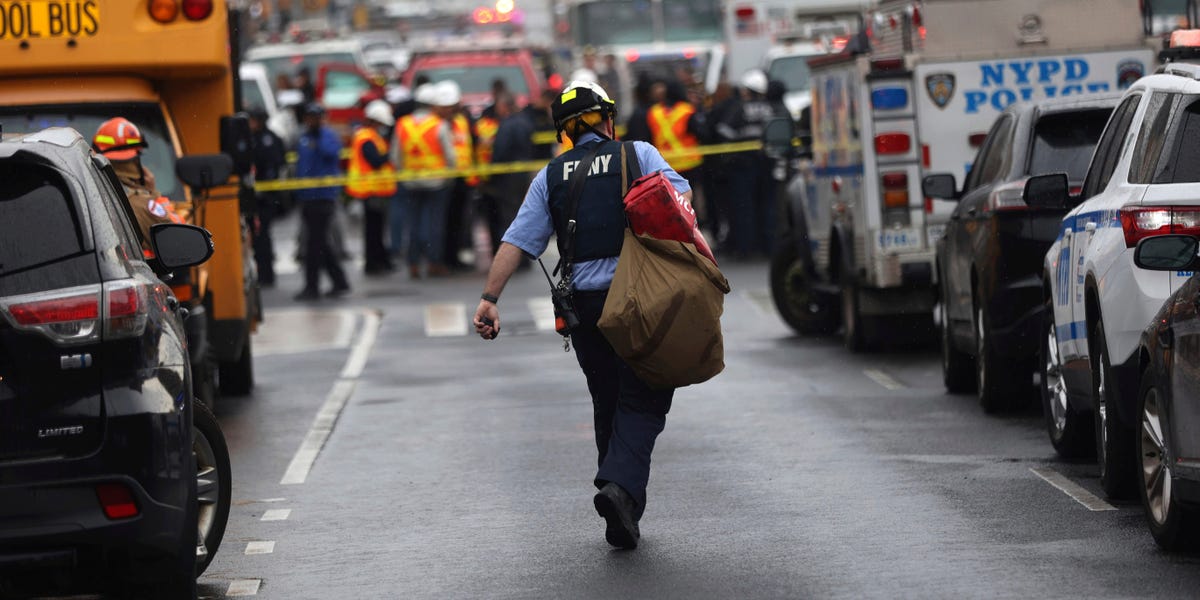 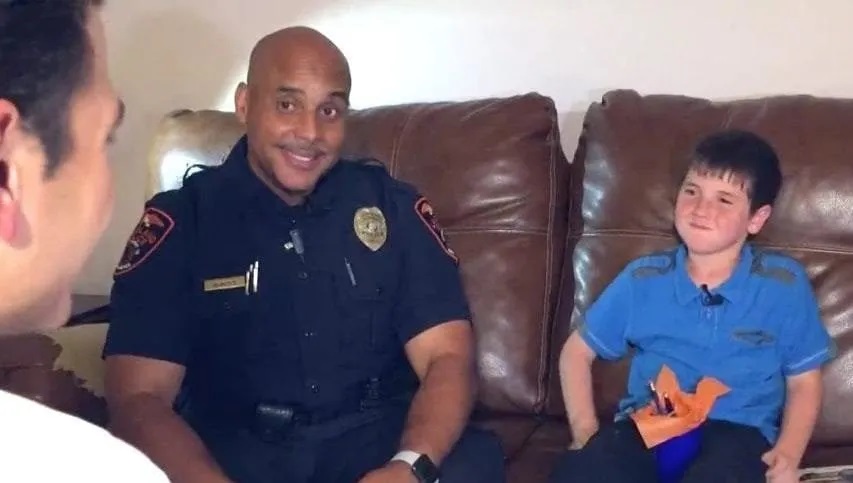 Officer Wanted To Quit His Job, But Then Boy Hands Him A Note