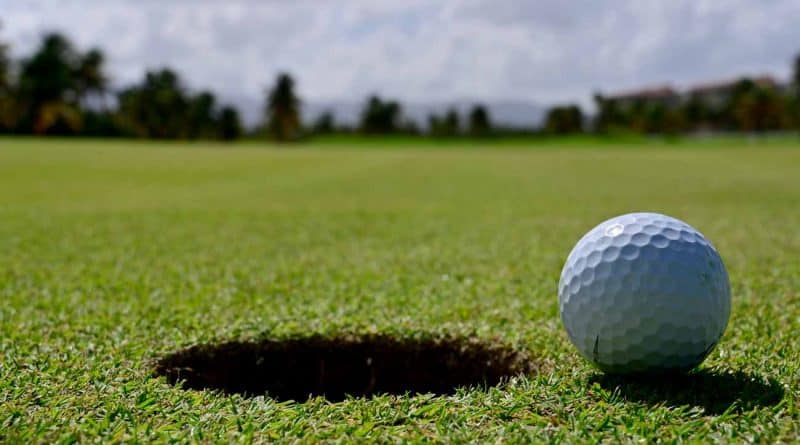 South Floridian, former New York Jet goes from the Gridiron to the Greens

It is hard to find two sports that are opposites more than golf and football, Stevie Anderson is making the case that there are some similarities between the two sports. Anderson, who spent five years completing acrobatic catches in the National Football League (NFL), is connecting the dots between the sports by making serious inroads in his hot pursuit of a PGA tour career.

Anderson is one of three brothers from Jonesboro, Louisiana – a small bucolic town – who remarkably all played in the NFL. Now he finds himself, in of all places, on the links, where he is traveling throughout the country playing PGA qualifying tournaments.

While it is obvious by the power of his swing that Anderson has the physical goods to play on the tour, it is still a gargantuan challenge that he has ahead of him. Anderson has spent his whole life overcoming obstacles. He defied all odds when he was drafted in the NFL’s eighth round by the Arizona Cardinals in 1993, after playing at Grambling State, an obscure university with an enrollment of just shy of 5,000 students.

Anderson was a very special player at Grambling State, a historic, black university where he had the luxury to play for legendary football coach Eddie Robinson, the second-winningest coach in division one college football history. However, playing for Robinson had its drawbacks.

Robinson maintained a strict rule, where every senior on the team – whether you were a superstar or bench-warmer – was allowed to play. In Anderson’s case, this resulted in half a game playing time. Robinson applied this measure to allow seniors to be seen by scouts.

While this unconventional coaching philosophy was noble of Robinson, it severely handicapped Anderson’s ability to put up the lofty numbers as a wide receiver often required from players on teams that are not on the NFL scouts’ radar.

Anderson’s senior year was by far his most successful. He made the most out of every one of his 36 receptions by converting them into a staggering 12 touchdowns. For math geeks, this translates into one touchdown for every three receptions.

These numbers were good enough for Anderson to be invited to play in the Hawaiian Hula Bowl – college football’s all-star game – a rarity for players from small programs like Grambling State, despite their heritage to produce NFL alumni, which list includes Doug Williams, the first African American quarterback to win a Super Bowl in league history.

Anderson, the 6-6, 215-pound wide receiver – gifted with blazing speed, size, and length – was rewarded appreciably for his stellar collegiate career when he was drafted in the 8th round by the Arizona Cardinals in 1993. Anderson went on to play five years in the NFL with both the Arizona Cardinals and New York Jets.

In his fifth NFL season, while competing against the Seattle Seahawks, he suffered a career-ending injury after running a routine pass pattern. Anderson’s defender tripped him and subsequently landed awkwardly on his knee – tearing his Posterior Crucial Ligament (PCL). After his football career ended, Anderson successfully transitioned into a modeling career and his life appeared to be on track.

Now the sport of golf is his avocation. If history repeats itself for Anderson – the comeback kid – you will see him competing on the same green grass as Tiger Woods one day in the not-so-distant future after an illustrious career on the gridiron. 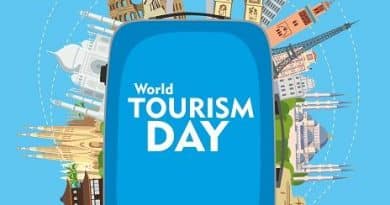 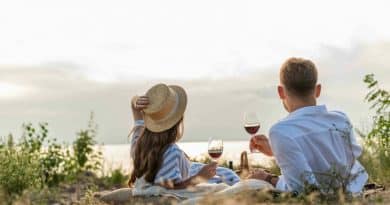 The Romance of Winery Tourism