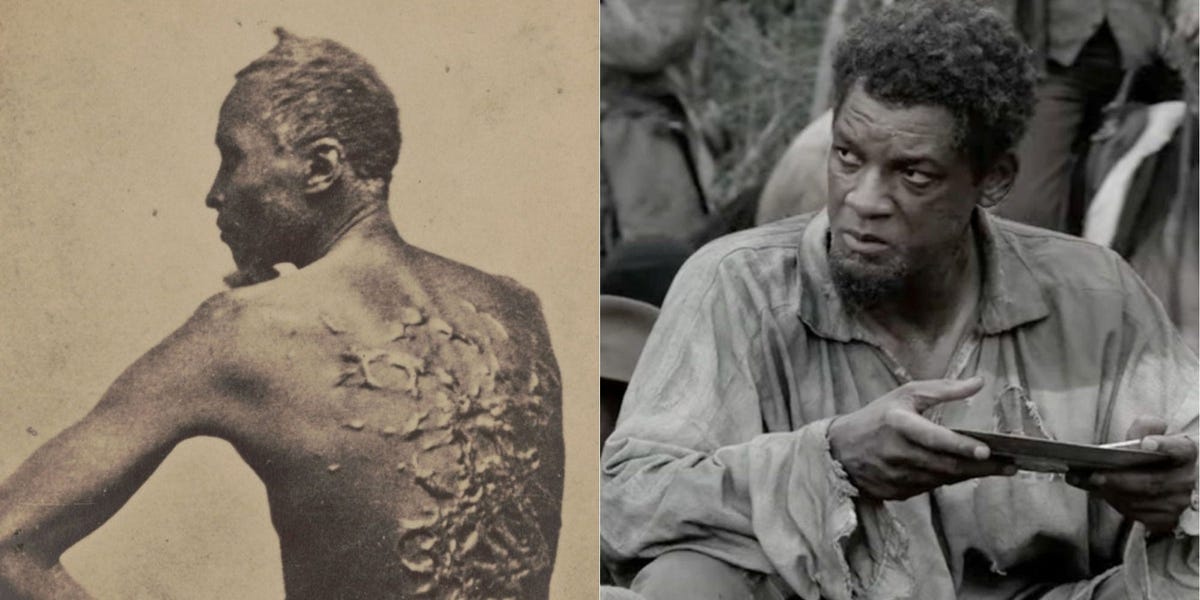 The Civil War-era drama “Emancipation,” streaming on Apple TV+, follows the harrowing journey of an enslaved man named Peter who escaped captivity in Louisiana and fought for the Union, portrayed by Academy Award-winning actor Will Smith.

The film, directed by Antoine Fuqua, was inspired by the true story of an enslaved man solely identified as Gordon. He was also dubbed by abolitionists as “Whipped Peter” or “The Scourged Back” after photos of Gordon’s brutally scarred back were published in the popular abolitionist magazine “Harper’s Weekly.”

The famous photo was first taken in April 1863 — months after President Abraham Lincoln had signed the Emancipation Proclamation in January, declaring the freedom of enslaved people in the US. Two years later, on December 6, 1865, slavery was abolished in the United States under the 13th Amendment.

Gordon’s photos served an important role in the abolitionist movement, as they gave the world a look at the horrors and inhumanity of slavery.

In March 1863, Gordon, wearing only rags, escaped enslavement on a 3,000-acre plantation owned by John and Bridget Lyons in Baton Rouge, Louisiana. He carried onions from the plantation in his pockets to mask his scent from search dogs. To avoid the onion scent being washed away when crossing bodies of water like creeks and swamps, Gordon would rub the onions all over his body. After 10 days of traveling nearly 80 miles on foot, he stumbled upon a Union soldier encampment nearby, according to the History Channel.

Gordon was so moved by the sight of freed Black soldiers fighting to end slavery that he immediately asked to enlist, according to a column published in the New-York Daily Tribune in December 1863. He also enlisted in the US Colored Troops Civil War unit and was noted in “The Liberator,” a Boston-based abolitionist newspaper, to have fought bravely as a sergeant in the Louisiana Native Guard during the 1863 Siege of Port Hudson, a notable blockade which marked the first time that African American soldiers played a pivotal role in an assault on the Confederacy.

The photo seen around the world

During a medical examination following his enlistment, Gordon told Union officers that he was compelled to escape enslavement after a brutal whipping left him near death. He revealed the brutal rope-like scars on his back, which extended from shoulder-to-shoulder and down his lower back.

Photographers William D. McPherson and J. Oliver were at the camp when Gordon enlisted. They photographed his back and reproduced and distributed the image as a carte-de-visite, a small portrait of a person mounted onto a card. A similar card was used to capture the now-famous likeness of abolitionist Sojourner Truth.

Mass production of Gordon’s portrait displaying his welted back provoked a national response. Copies of the photograph were issued in photography studios in Philadelphia, New York City, Boston, and London and passed around among journalists and abolitionists who found the image to be horrific.

Theodore Tilton, editor of New York-based “The Independent” wrote: “This card-photograph should be multiplied by the hundred thousand, and scattered over the states. It tells the story in a way that even Mrs. Stowe cannot approach; because it tells the story to the eye. If seeing is believing—and it is in the immense majority of cases—seeing this card would be equivalent to believing things of the slave states which Northern men and women would move heaven and earth to abolish!”

“This Card Photograph should be multiplied by 100,000, and scattered over the States,” an anonymous journalist wrote at the time.

A symbol of the inhumanity of slavery

The photo is credited with lifting the veil on the brutality of slavery in the US and catalyzing anti-slavery sentiment among white Northerners in the throes of the Civil War in the mid-1860s, Barbara Krauthamer, a leading historian of US slavery and emancipation told BBC.

The photo showed that “these were real people with real experiences. It was taken to present a visual narrative of the horror of slavery during the Civil War,” Krauthamer said. “What often gets lost is the focus on the man himself — the story of this man who understands that the Civil War is an opportunity to literally take ownership of his body and his life.”

A triptych of photos of Gordon was published in “Harper’s Weekly,” depicting him in a Union uniform alongside the photo of his bare back marred in keloid scars from being whipped.

Gordon is remembered today for his heroism and service. The Lyons Plantation was not be the only time Gordon successfully escaped after being severely beaten. According to America’s Black Holocaust Museum, during one voyage with the Union Army, Gordon was captured by Confederate soldiers, tied up, beaten, and left for dead. Despite all odds, he recovered and successfully escaped to Union lines.

During an interview with Variety at the “Emanciptation” premiere, the film’s producer, Joey McFarland, brought the original photo of Peter to the red carpet, lamenting the lack of preservation of historical artifacts, and saying that he “took it upon [himself] to curate and build a collection for future generations.” Critics scrutinized the display, calling it insensitive and an act of white saviorism.

“I wholeheartedly apologize to everyone I have offended by bringing a photograph of Peter to the Emancipation premiere,” McFarland wrote. “My intent was to honor this remarkable man and to remind the general public that his image not only brought about change in 1863 but still resonates and promotes change today.”

Are Matt James and Rachael Kirkconnell Still Together? 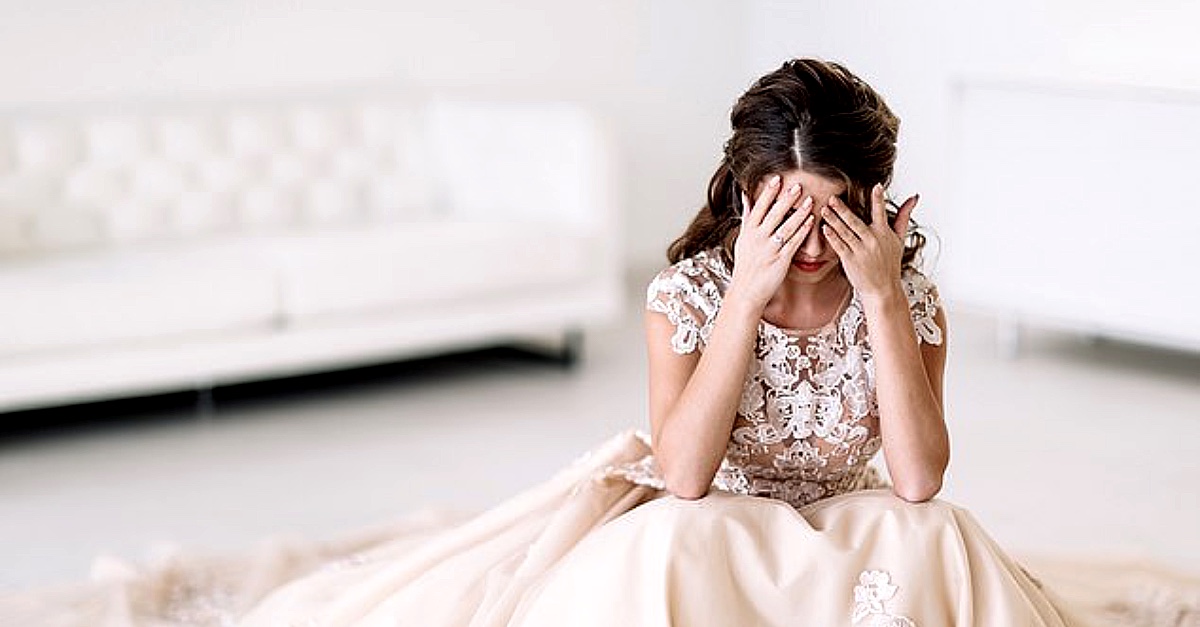 Bridezilla Enacts Revenge On Bridal Salon That Kept Her Deposit 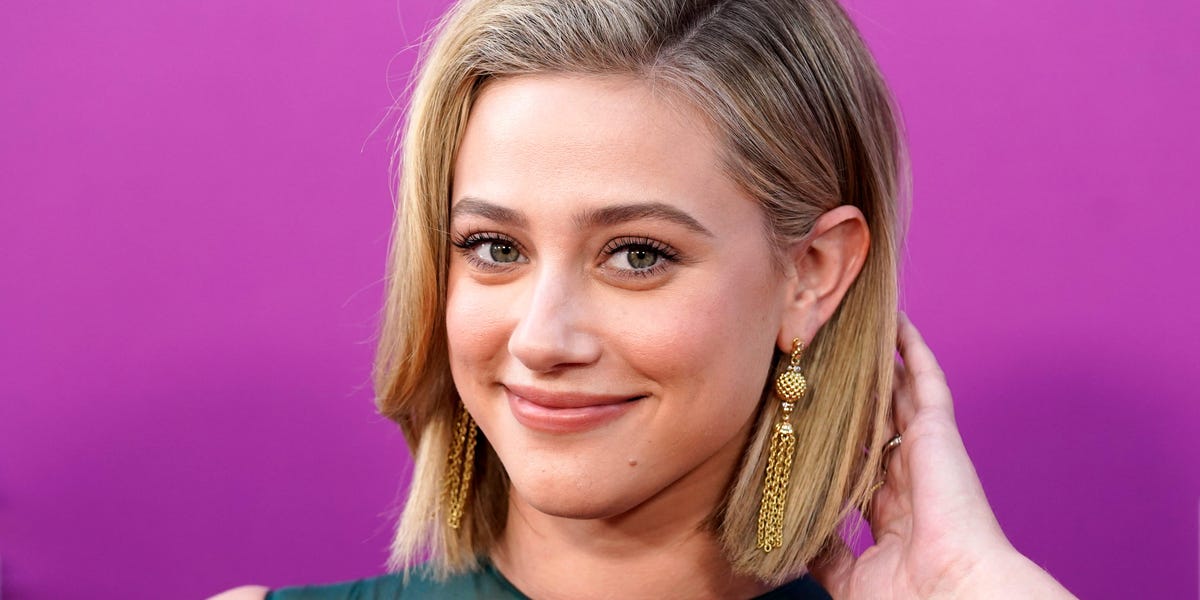