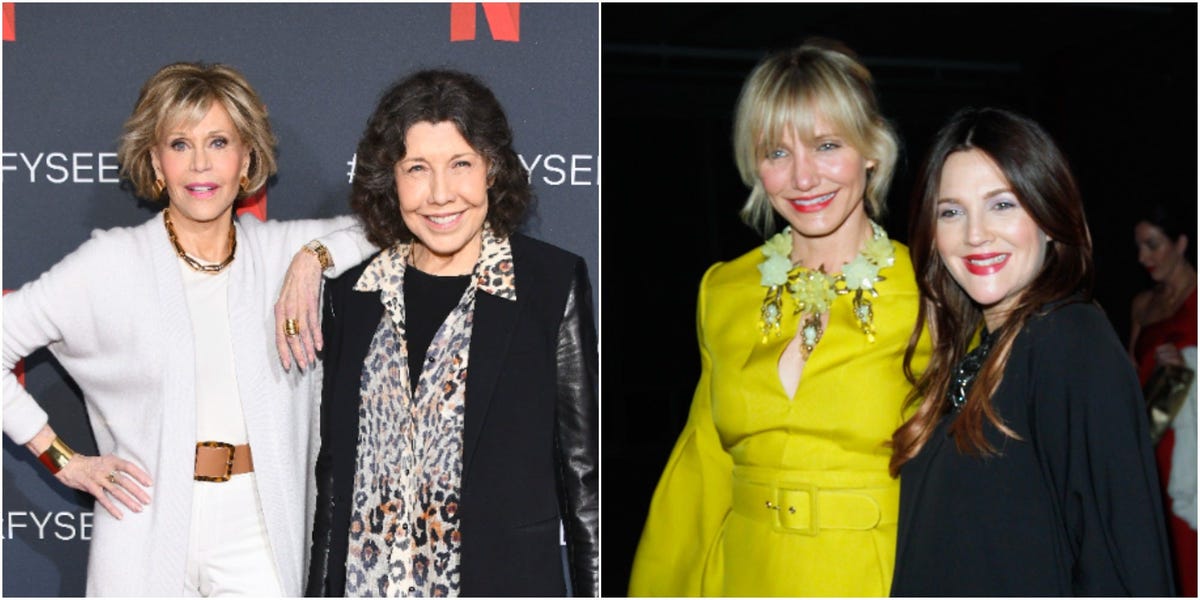 Tina Fey and Amy Poehler met at a Chicago improv club in 1993.

Back when Poehler and Fey were cutting their teeth in the improv circuit, they met at Chicago’s ImprovOlympic theater. In her biography “Yes Please,” Poehler recalls meeting Fey for the first time.

“[ImprovOlympic co-founder Charna Halpern] said there was another new improviser in another one of her classes whom she thought I would really like. Her name was Tina and she was like me but with brown hair,” she wrote.

The two had their own show at ImprovOlympic for a bit before joining the legendary “Second City” improv troupe. Since that fateful meeting more than 25 years ago, the duo has gone on to host the Golden Globes, star in the movie “Sisters” together, and has created some of the most beloved “SNL” skits in recent history.

Jada Pinkett Smith and Queen Latifah met as teenagers in the ’90s.

Pinkett Smith told People that she first saw Latifah at a club in Baltimore where the then 17-year-old rapper was performing.

“I’d never seen anyone like her before, this female rapper named Queen Latifah,” Pinkett Smith told People in 2017. “I convinced the promoter to let me introduce her.”

In the more than 30 years since that night, the two have become best friends, starring in the 1996 film “Set It Off” and 2017’s “Girls Trip” together.

“Jada and I can have whole conversations where we haven’t really said anything, but we’ve said a lot,” Latifah told People.

Drew Barrymore and Cameron Diaz’s sisterhood started when they were teenagers.

More specifically, it started over a cup of coffee. Back in the ’80s, Diaz, 16 at the time, grabbed a cup of joe from the coffee shop Barrymore worked at. According to E! Online, the two maintained a lowkey friendship until, in 2002, Barrymore offered Diaz a role on the “Charlie’s Angels” reboot she was producing.

Since then, the two have developed an unbreakable bond, with Barrymore telling Entertainment Tonight‘s Lauren Zima in 2018 that she considers Diaz her sister.

“We have much more of that kind of relationship, we’re very honest with each other,” Barrymore told ET. “We push each other. And we’ve had the majority of our lives spent side by side, really going through what real life is, which is an everyday high and low and we just have each other’s backs.”

In September 2020, Barrymore invited Diaz and fellow “Charlie’s Angles” star Lucy Liu to be the first guests on her talk show, and they spoke about their friendship.

“The thing that I love about our friendship is that we have been there in all the big and important moments, we’ve also been there in the small moments and the casual moments and the reason we are such good friends is because it’s real and we go through real stuff with each other. It’s not a Hollywood fairytale,” Barrymore said.

A snowstorm brought Oprah Winfrey and Gayle King together in 1976, and they’ve been best friends ever since.

Over four decades ago, Winfrey and King worked at the same Baltimore news station as a news co-anchor and production assistant, respectively. When a snowstorm prevented King from driving back to her house in the suburbs, Winfrey invited King to stay with her.

After staying up all night talking with each other, the two quickly moved from colleagues to friends.

“I believe God put the two of us in each other’s path to do exactly what we’ve been doing since that night in Baltimore when I was 22 and she was 21,” Oprah wrote in a 2019 article for her O Magazine. “Listening. Listening. Talking. Listening. Laughing (a lot). Building dreams. Standing in the gap. Cheering. Being a shoulder to cry on. Supporting. Speaking the truth. Being the truth!”

In September 2021, in her new Oprah Daily series “The OG Chronicles: Joy Ride,” Winfrey said that King has been on every vacation with her and her longterm partner, Stedman Graham, since 1993.

“The three of us have had a wonderful time,” King said in the episode. “If I was the third wheel, I didn’t know it! If Stedman didn’t like me, that would’ve been tough.”

Jennifer Aniston and Courteney Cox are the best of friends in real life, too.

It’s a bit serendipitous that Aniston and Cox met on the set of “Friends.” After acting alongside each other for a decade, the two developed a special bond that has only strengthened throughout the years.

Aniston is the godmother of Cox’s daughter, Coco, and when Aniston married now ex-husband Justin Theroux in 2015, Cox was her maid of honor. Aniston then returned the favor and was Cox’s maid of honor in 2018.

Aniston told More in 2014 that she and Cox have experienced the highs and lows of life together.

“I’ve slept in her guest bedroom a lot,” Aniston told the outlet. “Without giving away too much of my private stuff, all I can say is she’s been there for me through thick and thin.”

In their 20-plus years of friendship, Penélope Cruz and Salma Hayek have been through a lot, even a near-death experience on a plane while dressed as clowns.

While flying to Mexico to film the movie “Bandidas” in 2004, the actresses’ plane had to make a pretty serious emergency landing that involved depressurizing the cabin and wearing oxygen masks. Even worse, the flight was on Halloween, so, naturally, Cruz and Hayek were dressed as clowns.

“I’ve never liked clowns, even as a kid, but after this experience [I like them] even less,” Cruz told People in 2017.

In the years since, the two have become one of the most adored friendships in Hollywood. They even have a cute nickname for each other, which Cruz explained to Allure in 2014.

“She’s one of my best friends. We call each other ‘huevos’ [eggs]. It was because when we were working together, we didn’t have children yet, so we used to sleep much more than now. So it was a way to call each other lazy. We slept in the same bed so many times, and it was like she was always trying to wake me up and call me ‘huevos.'”

The “Grace and Frankie” stars began working together more than 40 years ago after Fonda, who was co-producing “9 to 5,” stumbled onto Tomlin’s one-woman show “Appearing Nitely.”

“What can I say, I was smitten,” Fonda told Stephen Colbert in 2017. “I said I don’t want to make a movie about secretaries unless she’s in it.”

In addition to the time they’ve spent together on screen, Fonda and Tomlin are dedicated climate activists — so serious that Tomlin was arrested at one of Fonda’s climate protests in 2019. Together they’ve answered the internet’s most searched questions about themselves and even did a TED Talk in 2016 celebrating their decades-long friendship.

Sanaa Lathan and Regina Hall have known each other for over 20 years.

Despite often competing for the same roles, the two have become such good friends that they refer to each other as their “human diaries.”

In 2018, Hall was recognized at the Step Up Inspiration Awards for her commitment to mentoring young women in Los Angeles. Lathan presented Hall with the award and dedicated a heartfelt Instagram post to her friend.

“Had the pleasure of honoring my bestie @morereginahall today at the Step Up inspiration awards … So proud of you Regina you inspire me and so many others. Love u and congratulations!” Lathan wrote.

Naomi Watts and Nicole Kidman attended the same high school, but they really bonded while on set in 1991.

Watts’ and Kidman’s 30-year friendship started while filming the 1991 movie “Flirting,” but the two had known of each other for many years prior. They actually attended the same high school and were part of the same Australian theater company.

“We’ve gone through a lot together over a significant amount of time. That history binds you,” Watts told People in 2017. “We have a strong respect and love for one another.”

Busy Philipps and Michelle Williams have been besties since meeting on the set of “Dawson’s Creek” in 2001.

In the 20 years since Busy Philipps and Michelle Williams met, the two have become the definition of friendship goals.

Williams is the godmother of Philipps’ daughter, and she was extremely supportive to her friend after Heath Ledger’s death in 2008.

“I’m so in love with her,” Williams told People in 2016. “She’s proof that the love of your life does not have to be a man! That’s the love of my life right there.”

Kate Hudson and Liv Tyler have been friends since high school.

Hudson and Tyler both attended the Crossroads School For Arts and Sciences in Santa Monica during the ’90s, according to The List. Ever since, the two have been best friends.

Early in their careers, the two co-starred in the movie “Dr. T and the Women,” in which they share an on-screen kiss. On “Watch What Happens Live with Andy Cohen” in 2017, Hudson said the two still talk about their kiss all the time.

“We’re like, ‘We should’ve gone for it more.’ It was so sweet, you know? It was such a sweet kiss. We should’ve just really made out,” she said.

Jennifer Lopez and Leah Remini have known each other for years but only starred in their first movie together in 2018.

Remini first met Lopez in 2004 because she and her husband, Angelo Pagán, were close with Marc Anthony, Lopez’s boyfriend at the time. Remini remembers being wowed the first time she met J Lo.

The two became fast friends and have been frequently spotted in public together in the years since. Lopez stood by her friend and supported Remini’s decision to leave the church of Scientology in 2013. Five years later the duo starred in their first movie together, the romantic comedy “Second Act.”

Remini told the LA Times she said yes to her role before even reading the script because she trusted Lopez so much. 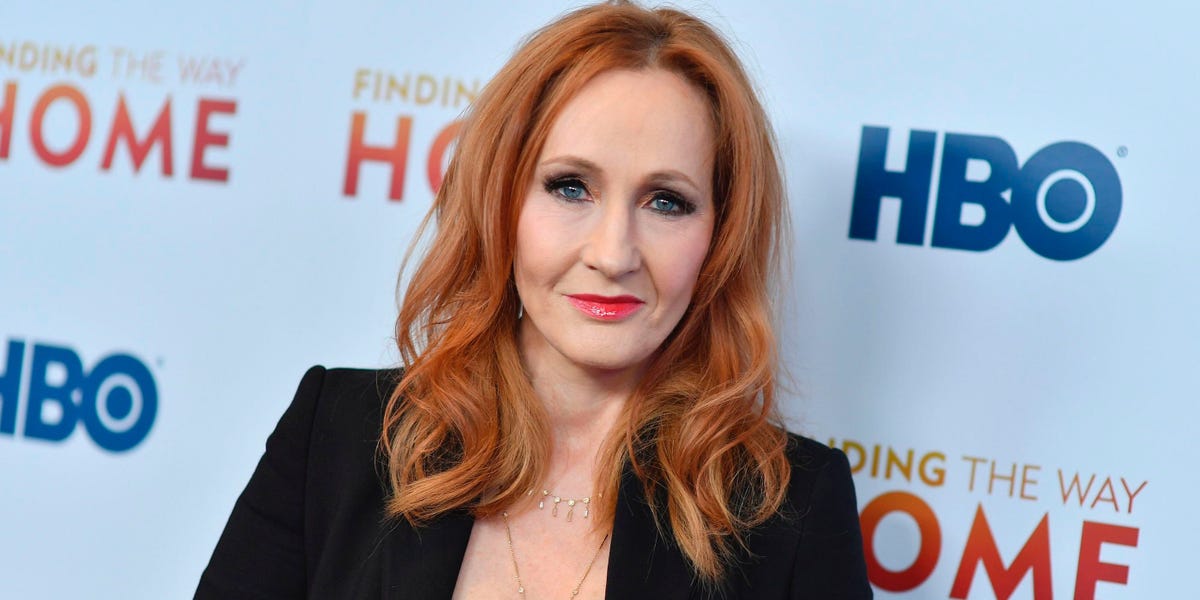 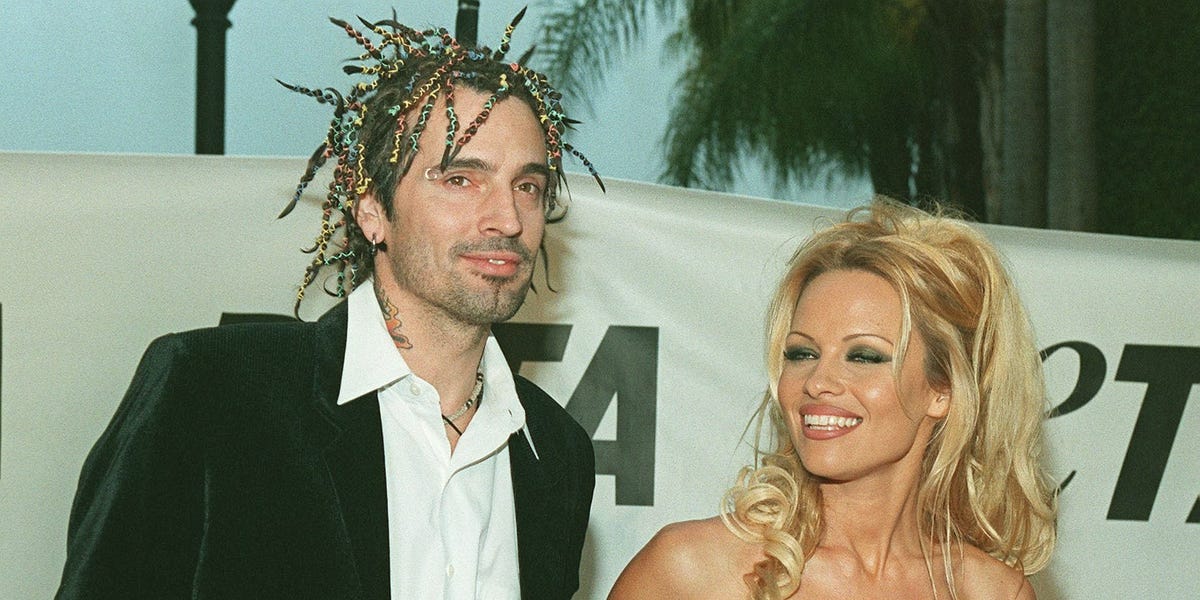 15 celebrity couples who ruled the 1990s