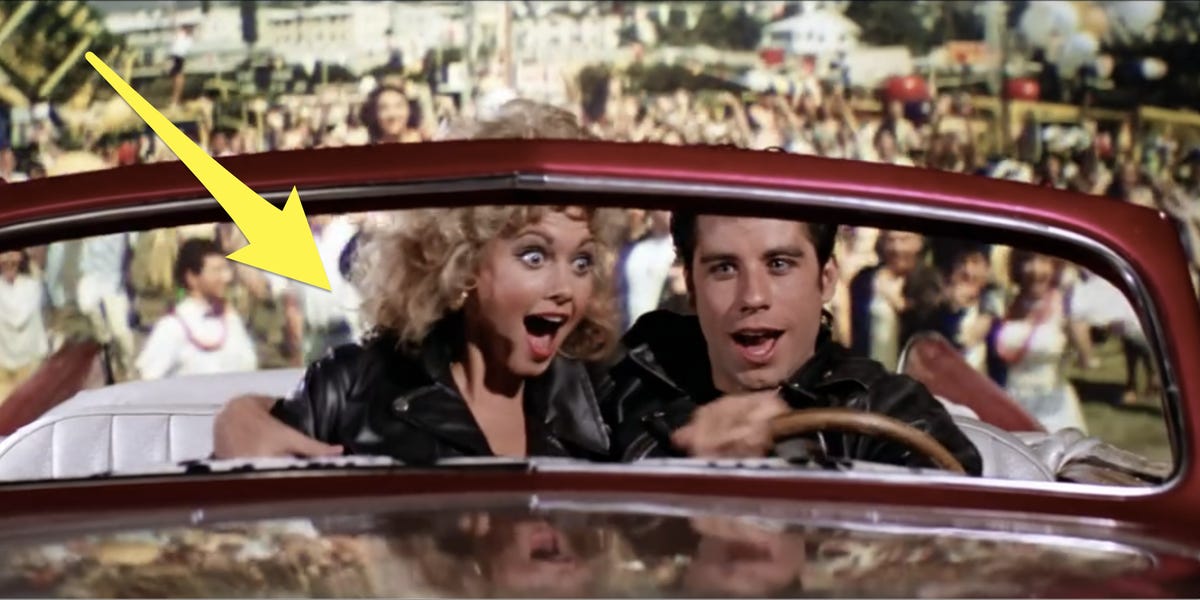 Sandy never fully explains why she didn’t move back to Australia.

During the opening sequence at the beach, Danny and Sandy say goodbye after their summer fling.

Sandy is planning on going back to Australia, but she ends up showing up at Rydell High instead.

When Sandy and Danny reconnect at Rydell, her only explanation for why she’s not in Australia is that there was a “change of plans.”

The animated versions of the characters’ rooms feature the first glimpses at Rydell High paraphernalia.

The name of the school where most of the movie takes place, Rydell High, first appears on pennant flags in Danny and Rizzo’s rooms during the animated opening credits.

From the paraphernalia, it’s clear that the fictional school’s colors are red and white.

During Sandy’s animated sequence, she’s shown waking up and getting dressed with the help of cheerful forest animals.

The two birds who help her put on a blue dressing gown seem to be a clear reference to a similar scene in Disney’s “Cinderella” (1950).

When she sits down at her vanity, there’s also a deer and a rabbit in her room that are somewhat reminiscent of Bambi and Thumper from “Bambi” (1942).

Political references, celebrities, and brand names from the 1950s are shown throughout the opening credits.

The references include an “I Like Ike” campaign button for Dwight D. Eisenhower, a famous photograph of Marilyn Monroe, a James Dean poster, a few Lucky Strike cigarette ads, a Pepsi-Cola billboard, and a Firestone billboard.

The T-Birds and Pink Ladies are played by actors who are much older than typical high schoolers.

The main characters in “Grease” are almost entirely played by actors who are far past high-school age.

John Travolta was one of the younger lead actors at 23, and Olivia Newton-John was 29.

Some of the stars were even in their 30s when the film premiered, including Jamie Donnelly (Jan) who was 30, Michael Tucci (Sonny) who was 32, and Stockard Channing (Rizzo) who was 33.

The Pink Ladies’ name is shown on screen several times before it’s said out loud.

In the animated opening sequence, there’s a framed certificate in Rizzo’s room that says Pink Ladies, which was the first reference to the film’s famous girl group.

The name is then shown again on the girls’ jackets when they’re walking to Rydell before anyone mentions the clique out loud.

Kenickie pranks a girl in homeroom on the first day of school.

During homeroom on the first day of school, Kenickie puts a fake snake in a girl’s purse without her noticing.

The girl is the only student with her bag on the table, which made her an easy target. But it seems like she would’ve noticed Kenickie running right up next to her.

Rizzo wears a number of red shoes throughout the movie, but one pair seems to be damaged.

As the leader of the Pink Ladies, Rizzo tends to stand out from the other girls with bolder looks.

She’s often wearing red shoes, which Sandy even copies for her look in the final scene.

But in an earlier scene, Rizzo’s trademark shoes seem to be a little damaged.

During “Summer Nights,” the strappy top part of her left shoe is clearly ripped but the right shoe is perfectly fine.

Aside from the tensions between Danny’s group and a rival gang, “Grease” is a pretty upbeat movie.

But students at the bonfire pep rally are weirdly aggressive in their support for Rydell High.

Most school-spirit scenes in movies focus on cheering on the team, but this one features more signs showing hatred toward the rival than support for the Rydell High Rangers.

Students carry signs that read “RIP” and “Death to the Gladiators.” They’re even burning a doll that represents the other team’s players.

Coach Calhoun gives a speech at the pep rally that also takes an aggressive approach to school spirit.

He talks about ripping the enemy team to pieces and slaughtering them.

The assistant principal’s eyes light up as she listens to him, and she even seems to smile at his remarks before the principal catches her.

The principal, on the other hand, doesn’t even try to put on a happy face. She looks unnerved at both the speech and her coworker’s reaction.

One of the T-Birds has an actual knife on him while another brandishes a water gun.

The Scorpions, the T-Bird’s rivals, first appear at the Rydell bonfire.

When he spots them, Kenickie takes out a knife and asks the T-Birds if they think the Scorpions want to rumble.

Kenickie seems to be the only one in the group with an actual weapon, though Doody pulls out a water gun.

Throughout the movie, the T-Birds cuff the bottom of their jeans — a style that has become indicative of the 1950s.

At the bonfire, Rizzo also shows up with cuffed jeans, but none of the other girls seem to try out the trend.

This may have been a detail that was meant to highlight her as the leader of the Pink Ladies and paint her as a tough “guy’s girl.”

When the Pink Ladies have a sleepover at Frenchy’s house, all of the girls are smoking except Sandy.

When Sandy says she doesn’t smoke, Rizzo says, “Why not? It won’t kill ya.”

This accurately reflects how many people felt about cigarettes in the 1950s, as the health risks of smoking weren’t really publicly acknowledged and advertised until the 1960s.

When Frenchy wants to pierce Sandy’s ears, Marty hands the girls her virgin pin for the piercing.

Jan jokes that Marty didn’t have much use for her virgin pin anymore, insinuating that she’s sexually active.

The circular pin was fashionable for girls in the 1950s and 1960s. It was usually a token of love from her boyfriend, but it also indicated her virginity status.

Typically, if she wore it on her left side, it meant she was still a virgin, but if it was worn on the right, it meant she’d “gone all the way.”

The kiddie pool in Frenchy’s backyard doesn’t make a ton of sense.

When Sandy steps out of the sleepover at Frenchy’s, she goes into the backyard and ends up singing by a kiddie pool.

It’s possible that Frenchy used the pool to cool off in the summer. But by this time, it’s fall, and most of the characters are shown wearing heavy jackets.

Someone has also apparently been cleaning the kiddie pool. Despite the trees all over her yard, there aren’t any stray leaves in the water.

Firestone tires are featured prominently throughout the movie.

Firestone tires first appear in a billboard ad during the animated opening credits.

The tires that the T-Birds put on the car in “Greased Lightning” also clearly show the Firestone name and logo.

After the drag race, a Firestone logo sticker can even be seen on Leo’s car window.

Sonny makes a joke that indicates that sex with him lasts 15 minutes.

Danny tells the T-Birds that girls are “only good for one thing,” and Sonny responds, “Then what are you supposed to do with them for the other 23 hours and 45 minutes of the day?”

The joke, which implies that Sonny’s sexual encounters last 15 minutes, earns a roar of laughter from the guys.

According to Healthline, sex therapists say the “desirable” length for penetrative, vaginal sex is seven to 13 minutes — which means, despite his crudeness, Sonny’s encounters are pretty standard.

Rizzo has unblended powder on her face in one scene, and another Pink Lady does her makeup in the dark at one point.

While applying makeup at the diner, Rizzo only blends part of the product, leaving patches of powder on her cheek and nose.

Earlier, during the school bonfire, another Pink Lady was doing her makeup in complete darkness.

Between these odd makeup choices and Frenchy’s inability to correctly dye hair, it’s clear that the Pink Ladies’ popularity doesn’t come from their beauty skills.

During the school dance-off, a reporter notices Danny and Sandy’s impressive skills.

The man approaches Frenchy and Doody to find out more about the couple on the dance floor. But Doody jokingly says Danny and Sandy’s names are Fred and Ginger, in reference to famous 20th-century dance duo Fred Astaire and Ginger Rogers.

Sonny spikes the punch at the dance.

Sonny can briefly be seen pouring alcohol into the punch at the dance contest.

When a chaperone spots him by the bowl, Sonny says that he was just washing his hands — a bizarre excuse that the teacher actually seems to accept.

Principal McGee tells the school that she contacted the FBI about the mooning incident.

After Doody, Roger, and Sonny moon the camera during the televised school dance, Principal McGee makes an announcement at school saying that photos of the incident are “on the way to Washington” to be investigated by the FBI’s “experts in this type of identification.”

She also urges the “mooners” to turn themselves in to “escape a federal charge.”

The drastic measure is never mentioned again, but when the boys hear the announcement, they seem genuinely concerned about being identified.

Part of the original trailer for “The Blob” is shown during the drive-in scene.

During the drive-in scenes, part of the actual original trailer for “The Blob” plays.

The trailer makes sense since the film came out in 1958, around the same time that “Grease” takes place.

Rizzo announces her pregnancy to Marty with a clever comparison.

While Rizzo and Marty are in the bathroom at the drive-in, Rizzo tells her that she “feels like a defective typewriter.”

Marty doesn’t understand what she means, so Rizzo explains that she skipped a period and thinks she’s pregnant.

Despite being their teacher, she’s involved in some of the illegal activities that the T-Birds get into, like helping install stolen parts in Kenickie’s car.

She even goes with them to the drag race without showing much concern for how dangerous and illegal it is.

There’s a girl with a bizarre hairstyle in the background of the carnival scene.

At the start of the carnival scene, a girl in the background has balloons tied to her hair.

At one point her ponytail is lifted by the unusual accessory, and as she walks, her hair bobs up and down under the floating balloons.

Although the style is pretty out there, the festive carnival surroundings justify it a little.

The end scene with the flying car was actually foreshadowed earlier on.

When looking over Kenickie’s car before the race, Mrs. Murdock says, “If it were in any better condition, it would fly.”

It seemed like a throwaway pep talk at the time, but the remark stands out more when Danny and Sandy fly away in his car at the end of the movie. 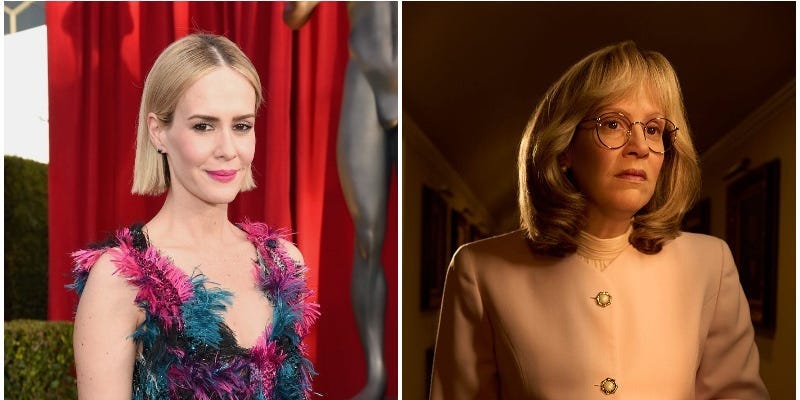 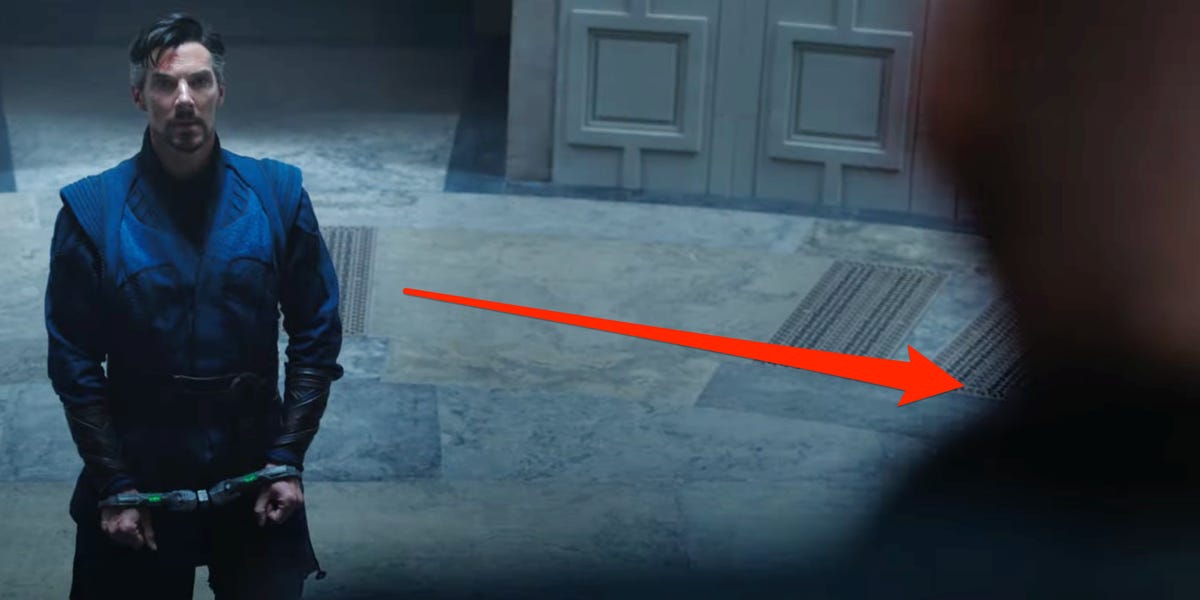 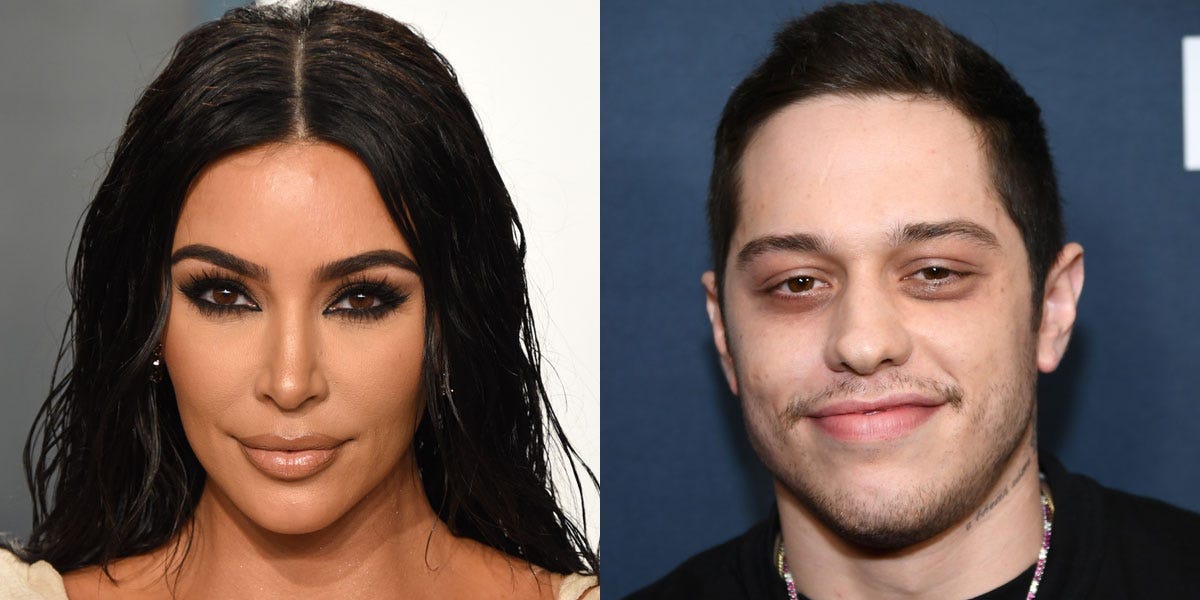