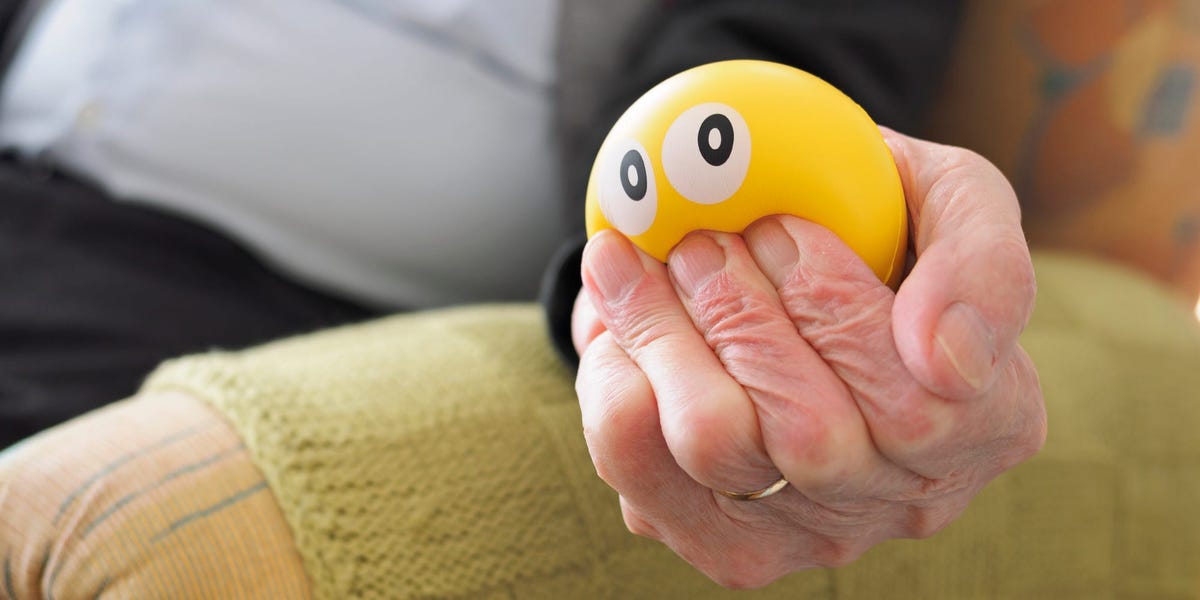 Cigarette smoking is the leading cause of preventable death, disease, and disability in the US, according to the Centers for Disease Control and Prevention (CDC). Smoking can damage nearly every organ in the body, and as such, smokers are more likely to develop heart disease, lung cancer, and stroke.

Quitting smoking can add years to your life by lowering your risk of related diseases. However, it can be challenging to quit because nicotine, a chemical compound in cigarettes, is highly addictive.

Nicotine activates receptors in the brain that release the feel-good chemical dopamine. When you stop smoking, those receptors no longer receive the same pleasure response, and you experience unpleasant symptoms of withdrawal like anxiety, irritability, depressed mood, and difficulty focusing and sleeping, which can motivate you to reach for another cigarette to feel better.

Below, McGarry and Schwarz share the strategies they found most helpful in finally quitting smoking for good.

1. Have a strong reason

Schwarz strongly advises figuring out why you’re trying to quit from the get-go so that when cravings hit you can more easily hold yourself accountable.

A 2013 study found that most people quit smoking either because of a current health condition or to avoid future health problems. But there are many other reasons for quitting, including saving money, protecting other household members from secondhand smoke, and even warding off premature wrinkles.

“In my case, it was finding out my son was starting to smoke because he had seen me doing so for his whole life,” Schwarz says.

If you need some inspiration, the American Cancer Society and American Lung Institute have both compiled a list of excellent health, financial, and social reasons to quit smoking.

2. Cut back slowly and gradually

Some research has suggested that people who give up cigarettes “cold turkey” are more successful in refraining from smoking again than those who gradually reduce their smoking. However, this approach doesn’t work for everyone in the long run — in fact, it’s estimated that only three in every 100 smokers are able to permanently stop smoking this way.

Abruptly and completely eliminating cigarettes may not be realistic, particularly if you are a heavy smoker or have been smoking for a long time. When McGarry decided to quit in 2009, she cut back by one cigarette daily.

“I was smoking half a pack a day at the time and was able to slowly transition to becoming a non-smoker,” she says. “Once I stopped completely, I would remind myself of all the effort I had already put in over 10 weeks. I didn’t want to waste that effort.”

There are many ways to taper off your smoking gradually, and it may take some trial and error to find what works for you. For example, you might start by giving up specific cigarette habits, like your morning commute cigarette or your after-dinner cigarette.

You could also increase the amount of time that must pass between cigarettes. Or, you might set a limit for yourself of how many cigarettes you can smoke each day, and slowly decrease that limit every week.

Studies suggest that physical activity — particularly cardio activities like running, cycling, dancing, and swimming — may lessen the urge to smoke.

A small 2018 study in women who were daily smokers found that aerobic exercise reduced anxiety and cravings after participants attempted to quit smoking.

“My addiction was rooted in my mental health struggles, so exercising helped me cope with my frustration in a healthier way,” says Schwarz.

Exercise also triggers the release of dopamine, and increases the number of dopamine receptors in your brain over time, helping to combat the depression that sometimes comes with nicotine withdrawal while also lifting your overall mood.

Additionally, staying active can help to combat the weight gain that often comes with quitting. People can gain an average of 5 to 10 pounds in the months after they quit smoking, due to the fact that cigarettes suppress your appetite and nicotine boosts basal metabolic rate, so you’ll likely burn fewer calories after quitting. Exercising regularly helps you to burn more calories while regulating your appetite to prevent overeating.

4. Keep your hands and mouth busy

“During the first months of quitting, I really missed having my hands and mouth busy,” says Schwarz.

As a result, Schwarz started keeping fidget toys around to play with.

When you miss the feeling of a cigarette in your hand, try squeezing a stress ball. Hobbies like knitting, journaling, sewing, gardening, scrapbooking, cooking, can also keep your hands busy so you don’t reach for a cigarette.

When you miss the feeling of having a cigarette in your mouth, try chewing gum, mints, lollipops, inhaling through a straw, or biting gently on a toothpick. You can also keep healthy snacks — like carrots, celery, apples, and almonds — around for when cravings hit.

Note: McGarry says many of her patients find nicotine replacement products like patches, chewing gums, lozenges, and prescription medications to be helpful. But these products can have side effects and aren’t right for everyone. Consult your healthcare provider who can assess your health history, current prescriptions, and other factors to determine what’s right for you.

If you’re finding it particularly difficult to quit, you may want to consider working with a therapist, who can:

A small 2015 study of adult heavy smokers found that almost one-third of subjects who underwent psychological counseling were able to maintain abstinence six months after their quit date.

If you struggle with anxiety or depression, for example, those factors can make you more likely to smoke.

“My therapist helped me figure out the root of my nicotine addiction, and supported me through the whole process of quitting,” says Schwarz.

Research has shown that cognitive-behavioral therapy — which is aimed at altering undesirable habits and behaviors by challenging negative thought patterns — may be particularly beneficial for those quitting smoking.

If you aren’t interested in individual therapy or that’s not feasible for you, Schwarz also highly recommends taking advantage of local support groups and call and text lines — like 1-800-QUIT-NOW and SmokefreeTXT.

It’s important to identify what events, activities, rituals, or other triggers increase your urge to smoke. According to McGarry, dealing with triggers was the hardest part about quitting — but also the most important in order to prevent a relapse.

For instance, McGarry says she was more likely to want to smoke while drinking coffee.

Being aware of triggers means you can either change up your routine (like waiting to drink coffee until you’re driving in the car or at work) or find alternative actions that distract you from wanting to smoke a cigarette (like reading a book, exercising, listening to music, or doing deep breathing exercises).

Other common smoking triggers include:

Sometimes even just seeing a pack of cigarettes or someone else smoking can be a trigger, so Schwarz says you may want to avoid staying in areas outside parties, bars, or the office where people often take smoking breaks.

Additionally, McGarry says it’s important to keep in mind that a cigarette craving only typically lasts two to three minutes. Knowing that the craving will pass may help you get through it without relapsing.

Identifying a reason for giving up cigarettes and then gradually cutting back can help you in the beginning stages of quitting, according to MDs who have gone through the grueling process themselves.

Getting regular physical activity may help to reduce cravings, and when cravings strike, you can distract yourself by keeping your hands and mouth busy. In order to avoid relapsing, it’s also crucial to identify what your triggers are so you can come up with an alternative activity to resist smoking.

If you’re still struggling to quit for good, you might want to seek support from a therapist to dig into the root causes of your smoking habits.

Quitting smoking for good often takes multiple attempts, so go easy on yourself if you’re not successful on the first try.

“As with any addiction, quitting smoking has its highs and lows,” says Schwarz. “You need to be patient with yourself, even if you relapse.” 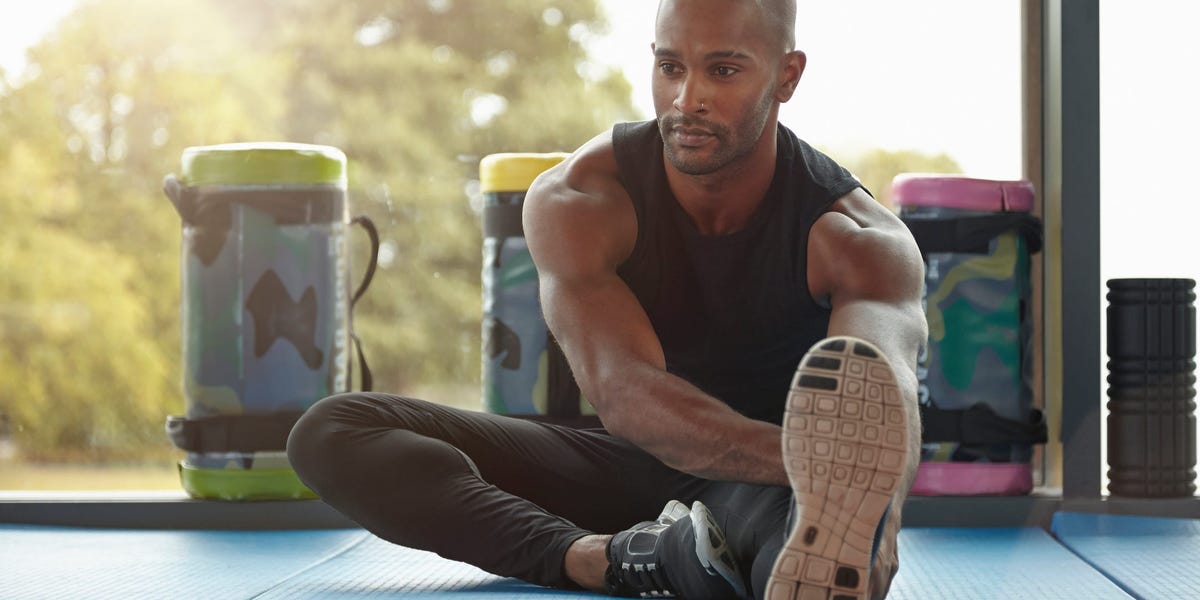 5 Lower Back Stretches for Pain Relief and Better Flexibility

Are Topical or Transdermal Fat Loss Creams for Real?