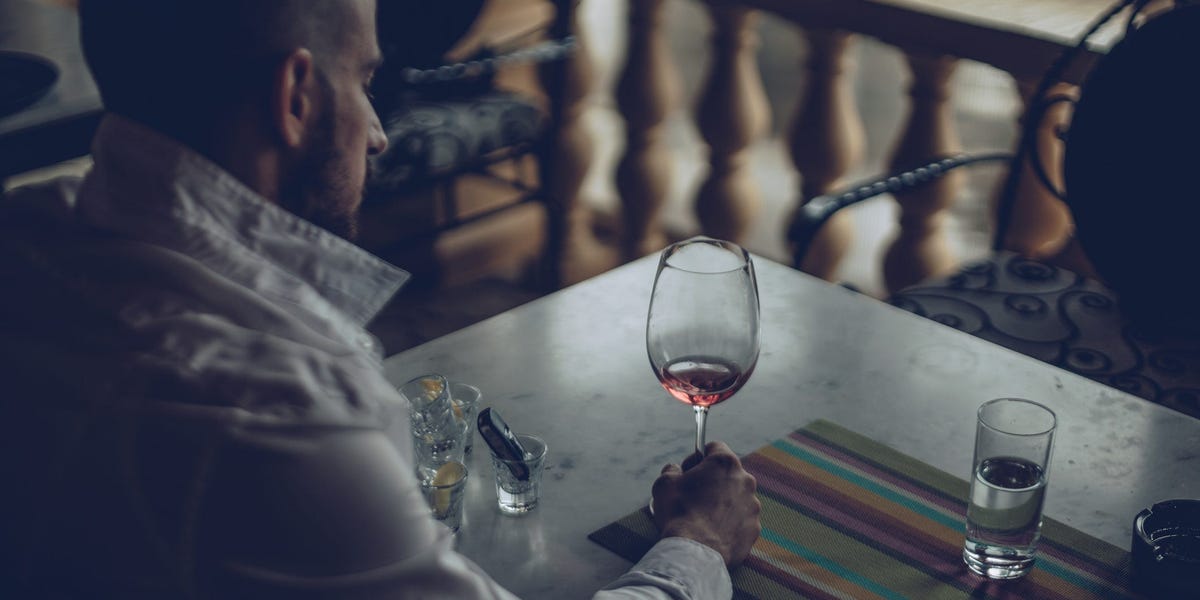 If you’ve ever used alcohol to deal with feelings of depression, you may have found that after your buzz wears off, you’re left feeling even lower than before.

The connection between drinking alcohol and depression is a complicated “the chicken or the egg” conundrum.

Evidence suggests that drinking alcohol can increase your risk of depression — but depression may also lead to increased alcohol use. In fact, some research suggests people who have a history of alcohol dependence are 3.7 times more likely to experience major depression.

But the connection also works in reverse. According to one 2021 study, when people with alcohol use disorder quit drinking, their symptoms of depression improved significantly.

Below, people who experienced this connection firsthand share how their drinking and depression fueled each other — and how they ended the cycle.

Beginning at the age of 14, Kelley Kitley, a psychotherapist in private practice, recalls sleeping a lot, losing her appetite, withdrawing socially, and having negative thoughts about herself. She soon began going to therapy and taking antidepressants, but continued to experience bouts of depression from time to time — especially after the birth of her four children.

Shortly after becoming a mother, Kitley began coping with her depression through binge drinking.

“Drinking provided a wonderful escape from my own head. I felt more laid back. But the next day, I always felt horrible and I’d swear off drinking,” she says.

As a licensed therapist, Kitley knew the signs of depression and substance abuse — in fact, she attended an Alcoholics Anonymous (AA) meeting as part of her required grad school training.

Once she began feeling pangs of shame while drinking heavily after work, she decided to go back to AA. Kitley continues to use this fellowship as a resource while working on her sobriety.

After getting sober, Kitley’s cravings for alcohol continued for about a year — particularly during stressful or challenging times. However, she says finding a community of fellow sober moms, and returning to therapy as needed, has helped her to stay the course. Since quitting drinking, Kitley says her mood is the most consistent it’s ever been.

“Everything improved,” Kitley says. “My relationships, my self-worth, my sleep, and even my overall health and well-being.”

Kitley ultimately decided to detail her experiences with drinking and depression in her autobiography, “MY self.”

Award-winning filmmaker, actor, and musician Sabyn Mayfield recalls feeling persistent sadness and loneliness from a young age — though he didn’t recognize these as signs of depression until adulthood.

“Initially, it seemed like a magic potion — the cure for my depression,” he says. But not long after, he says he realized drinking caused him to sink further into depression.

Mayfield first quit alcohol at the age of 21, but he didn’t get treatment for depression and started drinking alcohol again about seven years later.

“I had a real craving to escape,” he says — and alcohol seemed to accomplish that, even if only temporarily.

At age 40, Mayfield stopped drinking again — but this time, he started therapy to unpack the underlying issues driving his depression and desire to drink. He’s been sober for two and a half years now.

Mayfield says his depression initially worsened when he didn’t have alcohol to cope — but working with a therapist who specialized in addiction, participating in AA, and using meditation and exercise helped him stay sober.

Now, he says those strong cravings for alcohol have turned into a “passing thought” that only arises occasionally.

3. “Sobriety helped me learn to be compassionate with myself.”

Around age 22, Tietz started drinking alcohol — and by the end of that year, she drank alcohol every day. By the time she reached age 25, she could barely get out of bed in the morning due to her depression. But she still felt that drinking helped — rather than hurt — her mood. That is, until she began to experience thoughts of suicide.

Tietz began feeling intense self-loathing and having thoughts that her husband might be better off without her. She quit drinking for 90 days as a result of these suicidal thoughts and noticed they quickly went away. When she started drinking again, they came back.

“Eventually I realized I might get drunk and act on those suicidal thoughts and that scared me. I decided I would never drink again for the rest of my life,” she says.

Tietz celebrated three years of sobriety in November 2022. At the time of this article, she manages her depression with therapy and medication. Tietz knows thoughts and feelings of low self-worth are her main trigger to drink, so she’s learned to cope by calling a friend, taking a walk and listening to music, or lifting weights at the gym.

“When my depression is bad, I give myself a break and have a video game day on the couch,” she says.

“I could force myself to be productive, but I’ve learned it’s better to rest and try again tomorrow. Sobriety has helped me learn to be compassionate with myself,” she says.

Important: If you’re having thoughts of suicide, help is available right now. You can get free, confidential support from compassionate crisis counselors by calling 988 to reach the Suicide and Crisis Lifeline or texting “HOME” to 741741 to reach the Crisis Text Line.

4. “I used alcohol to cope with feelings of panic, isolation, and sadness.”

When Benjamin Lerner — a writer, radio host, and recovery advocate with All Sober — had his first beer at age 13, he noticed it dulled his fears, insecurities, and inhibitions.

Lerner has Asperger’s syndrome, which he says makes it difficult for him to connect with others.

“I used alcohol to cope with feelings of isolation and sadness,” he says.

Lerner developed an alcohol addiction that continued to escalate throughout his teens and early 20s. He participated in several treatment programs at his family’s urging, but none of them helped. Eventually, at age 24, he decided to get sober for good.

“I couldn’t justify running from my depression and anxiety anymore,” he says.

Lerner stopped drinking while attending an inpatient program in June 2016. Although he continued to experience depression, he says connecting with other people in recovery helped fuel his motivation to stick with sobriety.

He also began channeling his emotions into writing music — a passion he lost sight of during his addiction — and even released an album about his personal experiences called “Clean.”

“Today, I manage my depression by picking up the phone and calling people in my recovery fellowship to ask for help or seeking advice on the All Sober message boards. Being open and honest about my addiction and sobriety is a vital part of my recovery,” he says.

5. “When I finally succeeded at long-term sobriety, it’s because I did it for myself.”

Patrick D’Alessandro has been sober since August of 2016, after pursuing treatment at Gateway Foundation — where he now works as a recovery coach.

D’Alessandro first began feeling a deep, inexplicable sadness during adolescence. During his teens, he realized drinking boosted his confidence and made him feel like he “fit in” with his peers.

He drank daily in his early 20s — around the time when he started experiencing suicidal thoughts. He says his drinking — and depression — “skyrocketed” at age 24 after his grandmother died.

Between the ages of 26 and 32, D’Alessandro tried to get sober multiple times — but always to appease someone else or salvage a relationship.

“When I finally succeeded at long-term sobriety in 2016, it’s because I did it for myself,” he says.

“My depression lessened, and my family and friends wanted me back in their lives. I feel like I am a better son, brother, brother-in-law, grandson, cousin, and friend now because I can show up for them,” D’Alessandro says.

“In the span of a one-hour run, I’m able to work through any intrusive thoughts or negative feelings,” he says.

Effects of alcohol when you have depression

Alcohol can provide a quick burst of happiness, confidence, and euphoria. In fact, evidence suggests alcohol can actually have the same short-term effect on the brain as antidepressants.

Specifically, alcohol causes a surge in dopamine. This brain chemical is part of the brain’s reward system. It can influence your mood and produce feelings of pleasure, motivating you to continue behaviors that make you feel good — like drinking alcohol.

This release of dopamine may help explain why many people believe alcohol eases their depression — but these effects are temporary.

In the long term, alcohol actually reduces the production of important mood-regulating brain chemicals, according to Saba Harouni Lurie, a licensed marriage and family therapist at Take Root Therapy. These chemicals include not only dopamine but also serotonin and norepinephrine.

Note: Experts have linked low levels of GABA with depression and other mood disorders.

All of these effects can worsen your depression, according to Sharma and Lurie. Even if you don’t have a depression diagnosis, regularly consuming a lot of alcohol can trigger sadness, abrupt changes in mood, irritability, and other symptoms associated with depression.

How to get support

Not everyone who drinks alcohol to cope with depression has alcohol use disorder (AUD), Sharma says.

However, drinking alcohol to improve your mood can still put you at risk for developing AUD. Over time, you may build up more tolerance to alcohol and need increasing amounts to feel relief from depression.

AUD is a pattern of alcohol use often marked by difficulty controlling your drinking or continuing to drink even when it negatively affects your job, relationships, and other areas of life. Common signs of AUD include:

If you think you have depression and often use alcohol to cope, Sharma recommends reaching out to a psychiatrist, therapist, or primary care doctor for a diagnosis and treatment guidance.

Because of the complicated relationship between depression and alcohol use, Lurie says it’s best to address both at the same time through a specialized treatment program.

A few free recovery programs and resources to consider include:

Regularly drinking a lot of alcohol can cause or worsen symptoms of depression. Self-medicating by drinking more alcohol to try and numb or mask depression can also make your symptoms worse.

Many people avoid seeking treatment due to shame around these issues, Lurie says. But remember: your depression is not your fault, and you are not alone in your efforts to curb your drinking. The more compassion you can show yourself in seeking support, the better your chances of recovery.

If you suspect you’re using alcohol to cope with depression, or that alcohol use might contribute to your depression, a good next step involves reaching out to a professional for guidance.

Rebecca Strong is a Boston-based freelance writer covering health and wellness, food and wine, fitness, and travel. In addition to contributing to the Health Reference and Kitchen verticals at Insider, she has also written for Healthline, Health magazine, Bustle, StyleCaster, PopSugar, AskMen, and Elite Daily. You can follow her work on Twitter. 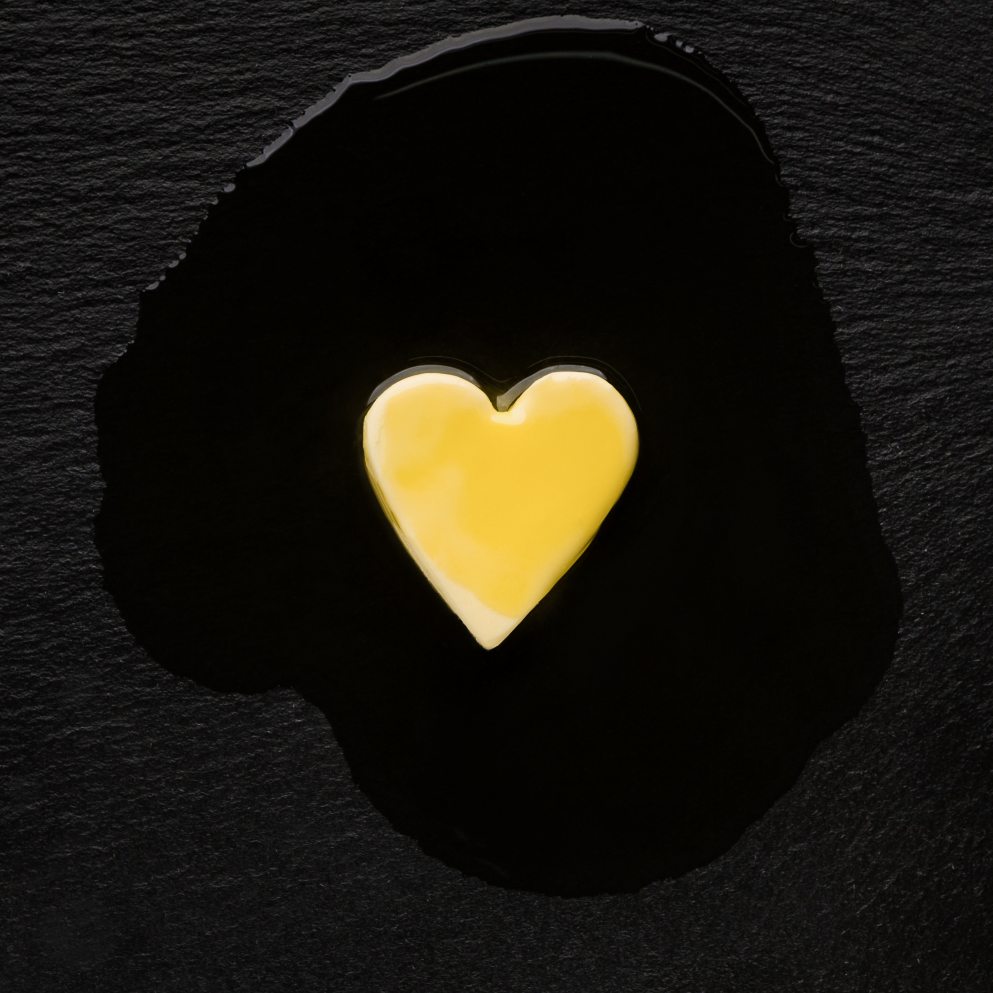 Does Fasting Lower Cholesterol? Here’s All You Need To Know 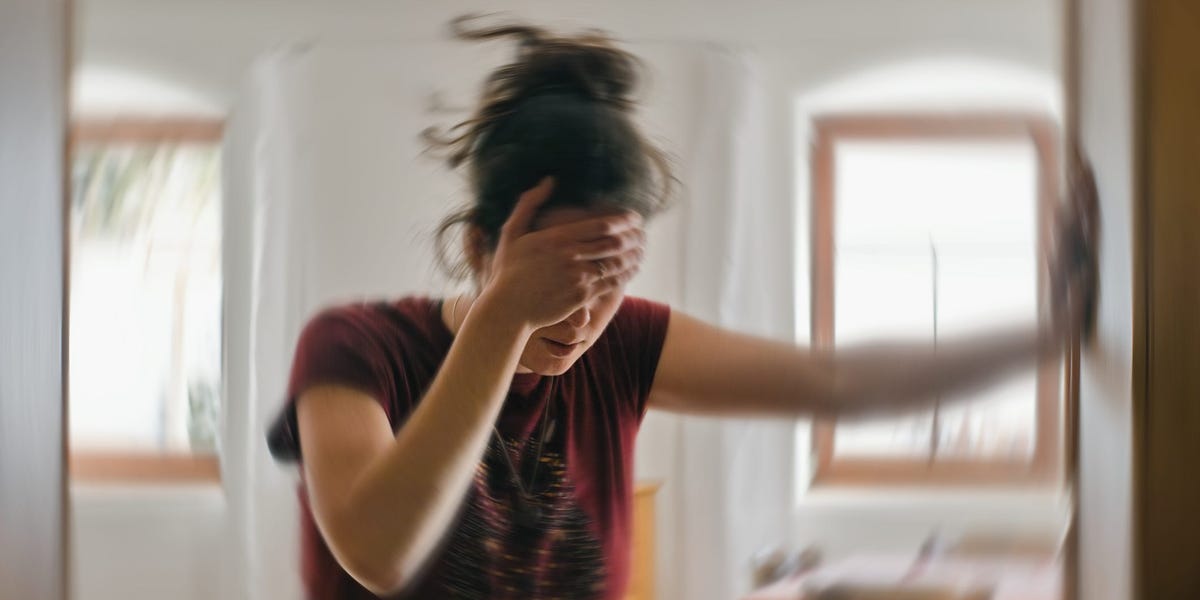