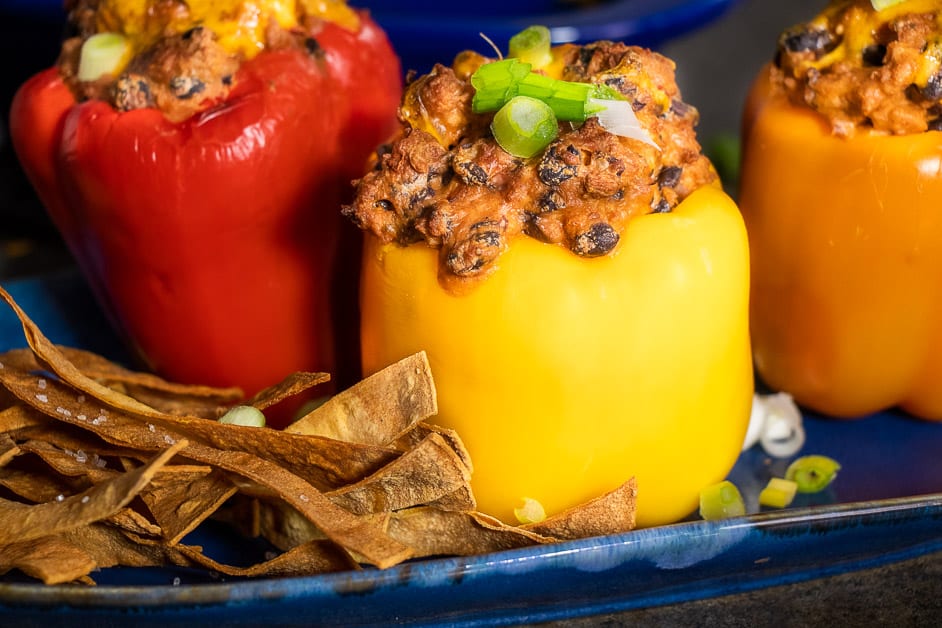 The classic stuffed pepper is fun to make, but instead of spending time steaming the peppers and roasting them in the oven, why not use an air fryer?? They come out nice and crisp and never soggy!

Instead of traditional stuffed peppers that are typically loads of tomato sauce, stuffed with beef, rice and lots of cheese, we decided to do a fun play on tacos.

I’ve never really been a fan of stuffed peppers….but I am a fan of tacos! So, when we started brainstorming this recipe we knew we wanted to make a few changes:

It takes less than 20 minutes to make the peppers, and they can be made ahead of time and even frozen for future dinners.

How to Make the Taco Stuffed Peppers

Again, these Taco Stuffed Peppers are not like the classic peppers. This is a great way to change up a classic and cut the fat and boost the flavor. We used homemade Taco seasoning but store purchased taco seasoning can also be used.

Place the ground turkey in a saute pan. Add the taco seasoning and the black beans and 1/2 cup of water. Cook over medium high heat until the turkey is done about 5 minutes. When the turkey is completely done, remove from heat and stir in the cheddar cheese and cream cheese. Let cool for a few minutes.

While the turkey mixture is cooling prepare the bell peppers. We like to use colorful peppers not just a green pepper. Having a Yellow, Red, Orange and Green pepper combination makes it a fun dinner. Everyone gets to pick their favorite color of pepper!!

Remove from the air fryer and sprinkle a 1/2 a tablespoon of cheddar cheese on top of the peppers. Place the peppers back into the air fryer for 2 to 3 more minutes until the cheese is melted.

Serve with corn chips and sprinkled chopped green onions and/or Cilantro/Parsley on top of the peppers.

How to make homemade corn chips 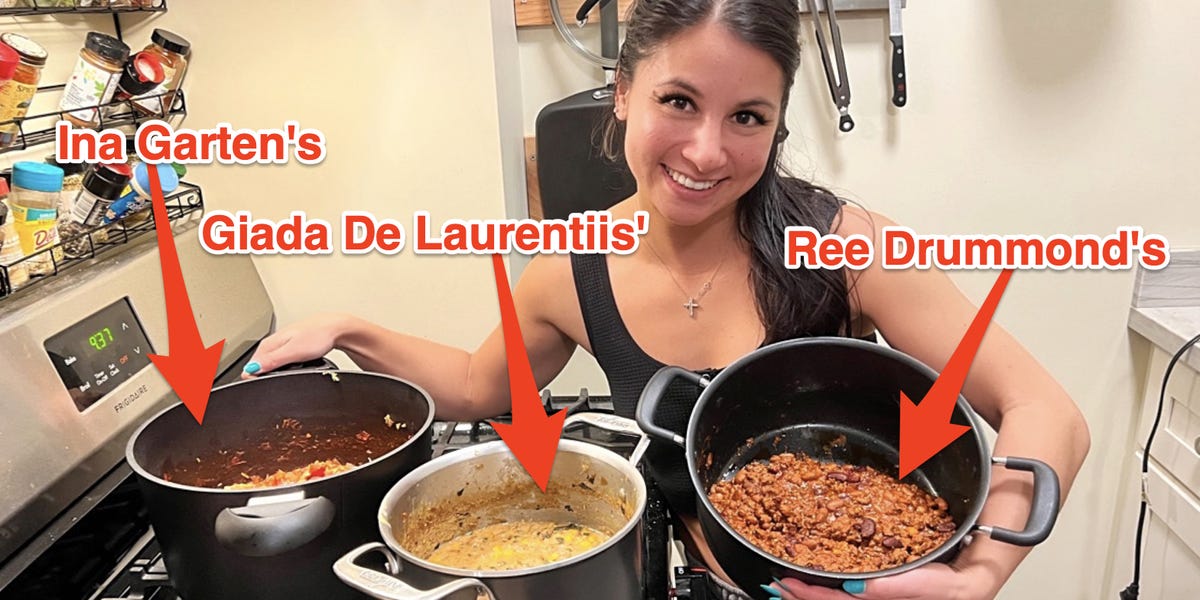 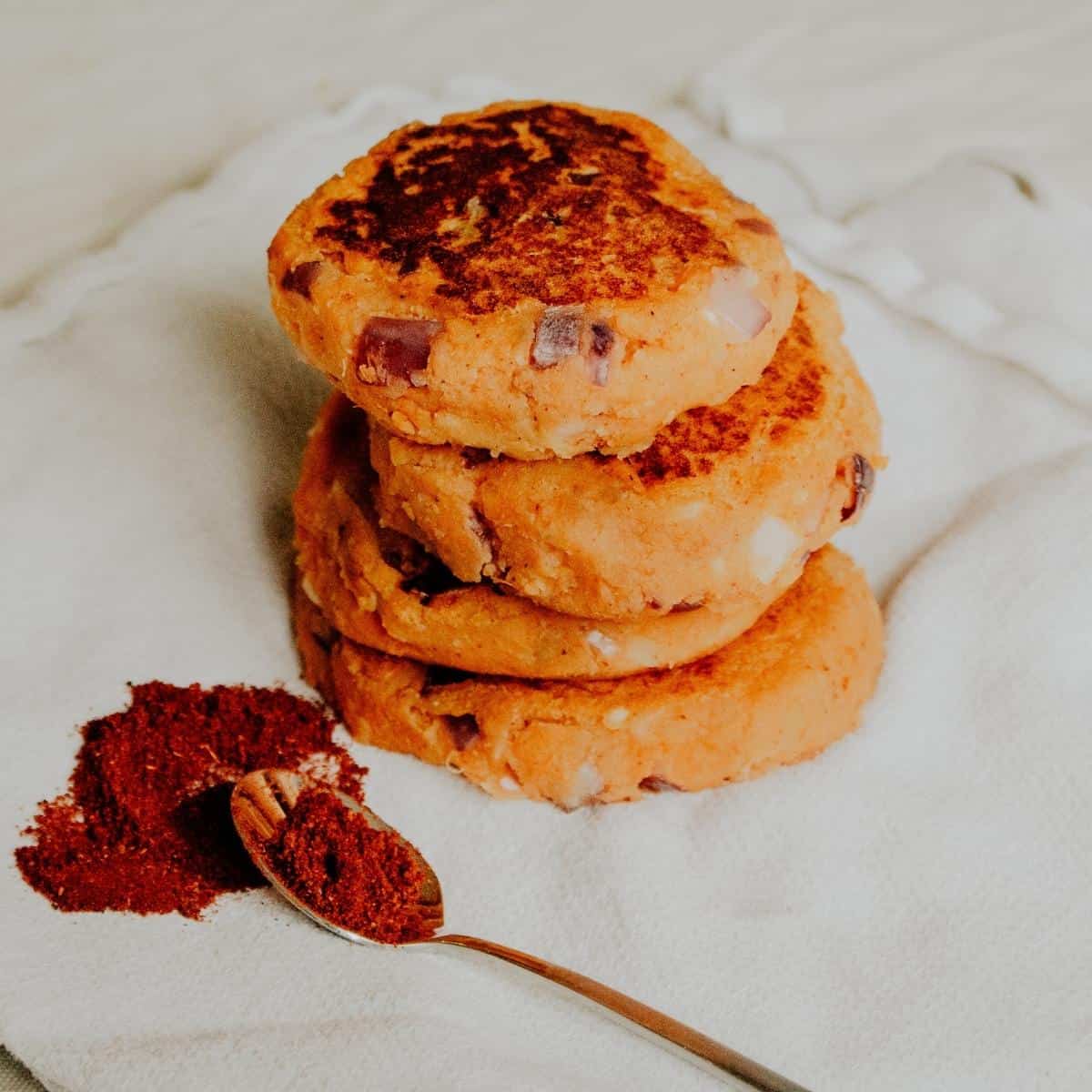