There are 14 fruits that start with j! You might have heard of some of them, but I bet I’ve got some new ones for you on this list. So if you are prepping for a pub quiz, or hit a brick wall in the shopping list game, you’re sure to find something helpful to learn here!

Did you know there are multiple different ways to categorise fruits and vegetables? It might seem pretty straightforward but it’s actually more complex than you think.

Firstly, there’s the botanical category. This counts fruit as the mature ovary of a flowering plant (ie. where the seeds are stored.) By this categorisation, vegetables are any other edible part of a plant ie. roots, stems, leaves etc.

Thirdly, and this one might be a bit of a surprise, there are legal fruits and vegetables! Some botanical fruits are classed legally as vegetables for regulatory or tax purposes.

For the purposes of this list, we have gone with the culinary definition of fruit.

Jaboticaba is a fruit from South America, specifically Brazil. Its skin has a black color and a tangy flavor, and its flesh is white and has a sweet taste. It is usually eaten fresh off the tree, as it has a short shelf life.

The term ‘jaboticaba’ is also used colloquially in Brazil to describe a political / legal scenario that is absurd or needlessly complex, such as could only happen in Brazil – due to the fact that it is believed that the jaboticaba tree can only grow in Brazil!

The scientific name for the jabuticaba tree is ‘Plinia cauliflora‘.

Did you know juniper berry fruit are not actually berries? Rather they are a cone with unusually fleshy scales. They are generally considered too bitter to eat but are widely used to flavor gin!

Its scientific name is Juniperus Comunis.

Jocote are very popular fruit in central America, particularly in Nicaragua and Costa Rica. They are small, round, soft and sweet, with a stone inside, like a mango or plum. They are eaten fresh when ripe, or, when unripe, can be turned into a tart sauce or pickled with vinegar.

Their scientific name is ‘Spondias Purpurea‘.

Jackfruit grow on a jack tree and are part of the fig, mulberry and breadfruit family. They are a tropical fruit cultivated in tropical regions across the world, though they originated in southeast Asia. They are one of the largest fruits in the world, reaching up to 50kg in weight and 50cm in diameter!

They have a large spiky outer casing which contains multiple sticky, stringy white pods. These pods can be eaten fresh, stewed with sugar, or used in savory dishes.

In Europe and the USA, they have become popular as a vegan option for pulled pork, due to their stringy texture and, when cooked, bland flavor that acts as a blank canvas for seasoning.

The scientific name for jackfruit is ‘Artocarpus heterophyllus’.

This fruit goes by many names: jamun fruit, jambul fruit, black plum and java plum, to name a few. It is grown across Southeast Asia. Its small black berries are eaten raw or made into sauces or jams. It has been used for medicinal purposes for centuries, such as in the treatment of diabetes, flatulence, inflammation and gastritis!

Its scientific name is ‘Syzygium cumini‘.

This fruit is also known as the Brazilian cherry, or, less flatteringly, the stinking toe fruit! The tree’s wood is used to make furniture. The fruit comes in a brown shell, and is often sweetened to make it taste better. It has also been used for medicinal purposes to treat mouth ulcers and diabetes.

Its scientific name is Hymenaea courbaril.

Also known as ‘loquat’, this tree is grown for its orange fruit, leaves and as an ornamental plant. The fruit are orange/yellow and have an oval shape. The leaves are used to make herbal tea! It actually originated in China, not Japan, but is now grown across the world.

Its scientific name is Eriobotrya japonica.

Jujube is also known as a Chinese date, because it is native to China. It has been used as medicine for thousands of years. It is very high in vitamin C and antioxidants.

June plums, also known as ambarella or golden apple fruit, are native to Polynesia and Southeast Asia. They have firm flesh and a tangy flavor. They can be eaten raw, or cooked up with shrimp paste and chili!

Its scientific name is Spondias Dulcis.

This fruit grows across the African continent. The fruits usually weigh around 5kg but reach get up to 15kg . They are very popular as a food source, although their flavor has been described as ‘acquired taste’.

These small fruit grow in South America on the Pindo Palm tree. They can be eaten raw but have an unpleasant texture that many people find hard to swallow.

Therefore, in order to eat them, many people elect to chew the pulp and spit out the fibrous flesh. They are also used to make jams, wine, cooked into seafood or poultry sauces.

Its scientific name is Butia Capitata.

Jazz apples are a type of domesticated apple, made from a cross between Braeburn and Royal Gala. The cross was first made in New Zealand, but they ar now grown in Europe, USA, Argentina and Chile. They are hard, crisp and juicy.

Java apples are not apples but another kind of fruit grown in tropical climates. They are pale pink in colour, with thin skin and spongy flesh. They are often used in salads or pickles!

Its scientific name is ‘Syzygium samarangense‘.

14 Fruits That Start With J From All Over The World!

Do you know what jaboticaba is? Or jujube? Read this list of fruits that start with j and learn these and others!

I hope you have enjoyed learning all the fruits that start with the letter j! Let me know in the comments below if I have missed any out. 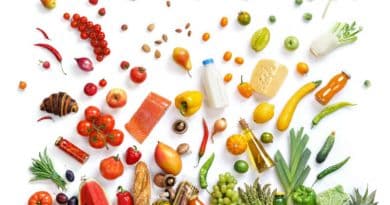