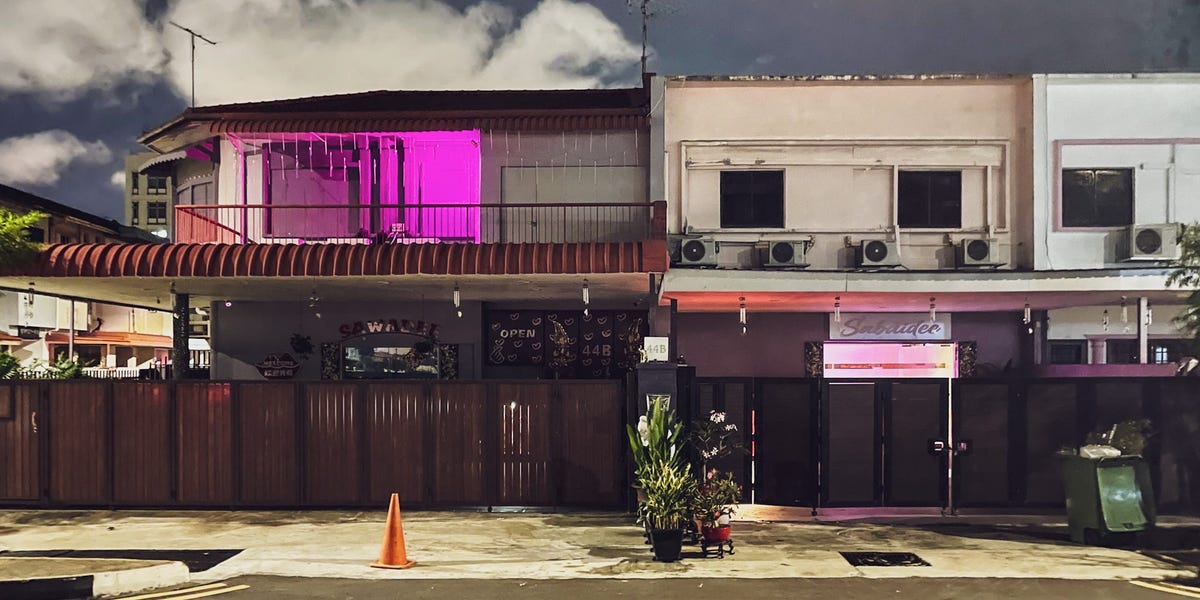 NEWS
May 11, 2022May 11, 2022 Stan 0 Comments
TweetPinPrintLinkedInEmailFacebook

Singapore’s only legal red-light district is located in its Geylang neighborhood, an area with more than a hundred brothels.

Geylang has a reputation for being Singapore’s secret center of sin. It’s one of the few places in the buttoned-up city-state where sex work, illegal drugs, and crime are commonplace. While Geylang covers an area of 10 square kilometers (around 3.8 square miles), the neighborhood’s red-light district is bizarrely limited to its even-numbered streets — known locally as lorongs — in the southwestern part of the neighborhood.

I first visited the red-light district to stay in Singapore’s most notorious hotel chain. But then I decided I wanted to learn more about the inner workings of the district, so I returned to the neighborhood earlier this week to join a tour hosted by Geylang resident Cai Yinzhou. Cai has been conducting tours in the enclave for eight years.

“Geylang is often described as a worm, with a snaking road that has many streets,” Cai said. “And the prostitutes are the chickens, feeding on this worm.”

The once-bustling red-light district has been a shadow of its former self since shuttering during the pandemic.

During the day, it’s difficult to tell which houses are brothels. The neighborhood is eerily quiet, with barely anyone on the streets.

At night, it’s not much different. While Geylang’s main road is teeming with life, the red-light lorongs are still mostly slumbering. Singapore shut down nightlife — including clubs, KTVs, and brothels — in April 2020 and only allowed businesses to resume early last month. Brothels, however, have not been allowed to reopen, Cai said.

Though more than 100 brothels can be found in terrace-style homes in the district, most establishments remained dormant the night I visited.

Many of these brothels are set up “fish tank”-style where sex workers line up behind a glass panel to be selected by customers.

In Singapore, brothels must be licensed and are regulated by the government. Sex work is only legal if it is carried out within these brothels, which cost at least $1 million to start up, according to Cai.

In these fish-tank brothels, customers choose whose services they want to pay for by selecting a sex worker lined up behind a glass panel.

A 2018 video from SET News shows the district’s busy streets. But “closed” signs were plastered outside many of the brothels when I visited (pictured above).

Many of the brothels are segregated based on nationality. For example, Cygon (pronounced “Saigon”) is a cyber-themed brothel where Vietnamese sex workers work, said Cai.

Another brothel, Sawadee, is where Thai sex workers ply their trade.

In order to be granted a license for sex work, you must be “legally recognized as female” and be from one of five countries — China, Vietnam, Thailand, Malaysia, or Singapore.

Legally recognized sex workers are provided with a yellow card which requires them to obtain regular medical check-ups and limits their employment to sex work. The average monthly income sex workers made before the COVID-19 restrictions was between 4,000 to 6,000 Singapore dollars ($2,900 to $4,300), Cai said during my tour.

Once a yellow card expires, the sex worker is deported and banned from returning to Singapore for any purpose. The ban lasts from a few years up to a lifetime, and is up to the police’s discretion.

Because Singapore does not “publicly acknowledge” the existence of the yellow card, what is known about it is limited. Reports on sex work in the city-state do not state how long a yellow card is valid for, nor if the card can get renewed.

“Sometimes I regret, why I come and choose this life of a prostitute,” Sophie, a sex worker who works in a brothel, told Project X, a volunteer-run organization that advocates for sex workers’ rights in Singapore, in 2017. “I cannot even work other places.”

There are many rules for being a legal sex worker in the city-state. Women may incur a S$500 fine for leaving a brothel without permission, for example.

Sex workers must be between the ages of 21 and 35, and are required to undergo an interview with the local police before being allowed to work in the brothels, according to law articles compiled by Project X. Passports and contracts are held by the police, and sex workers are only allowed to retain a copy of their passport, per the articles.

They’re also regularly tested for HIV and STIs, and can be deported if they test positive for any sexually transmitted disease.

Legal sex workers must live in their assigned brothels and seek permission if they wish to leave. Those who flout this rule are fined up to $500 Singapore dollars if caught leaving their brothel without permission.

They work six or seven days a week, and off days are up to the brothels’ discretion, according to the articles, and are not allowed any medical leave.

Sex workers are also not permitted to marry Singapore citizens.

Sex workers who do not work in brothels often solicit on the streets. But it was quiet on the weekday night I visited, with only a handful of sex workers waiting for customers.

While freelance sex work is illegal in Singapore, there are still some who choose to work on the streets rather than in brothels.

“I don’t recognize this place anymore,” Sherry, a former street-based sex worker who now works online, told Rice in 2021. “I don’t feel the vibe. To me, Geylang is about the neon lights, the human traffic, my friends, and the community. Now, it’s so dark.”

Despite brothels remaining mostly quiet, the area was busy with patrons drinking and carousing at the local beer gardens.

Some patrons choose to patronize beer gardens in the absence of brothels; the beer gardens are some of the busiest spots in Geylang.

Happy Seafood Garden (pictured above) is the largest beer garden in Geylang. In Singapore, a beer garden is where women sell beer in addition to providing other services like flirting with male customers, said Cai.

When I dined at Happy Seafood Garden last month, I watched older men being entertained by female beer sellers, with one patron placing a tip inside a woman’s bra. Several arguments broke out between patrons, as people drank the night away while smoking cigarettes.

Illegal sex enhancement drugs were also sold openly on the streets. On both visits to the district, I saw men, likely in their 50s and 60s, perusing the many drugs on offer.

Drug raids are commonplace in Geylang, said Cai. While sexual enhancement drugs are illegal under the Medicines Act, Poisons Act, and Health Products Act, sex drug peddlers still lined the side of the main road.

Drugs like viagra can only be obtained with a prescription in the city-state.

“The drugs work, they get you hard,” Cai said. “But the risk is it might kill you.”

Illegal sex enhancement drugs weren’t the only things being sold in the neighborhood — everything from syringes to pill packs were strewn about in the back alleys.

Singapore is well-known for its strict enforcement of the death penalty for trafficking of drugs like heroin. But discarded needles were a common sight in many of the back alleys, many of which were used by drug abusers to shoot up heroin and methamphetamine, according to Cai.

Other drugs like codeine cough syrup and sleeping pills have been peddled illicitly from neighboring apartments in recent years. The dozens of empty bottles and pill packs I saw strewn about the street showed the prevalence of drug abuse in some of these lorongs.

Earlier this year, CNA reported that the trafficking of drugs has only increased since the Covid-19 crisis began. The increase in drug trade has also affected the local community in Geylang, as some residents turn to drugs to deal with the ill-effects of the pandemic.

Cai agrees. “It’s the poorer people who resort to using these drugs. While the rich have the means to obtain drugs from elsewhere, the poor have to buy off the streets. The pandemic has led people to turn to drugs to cope with their problems,” he added. 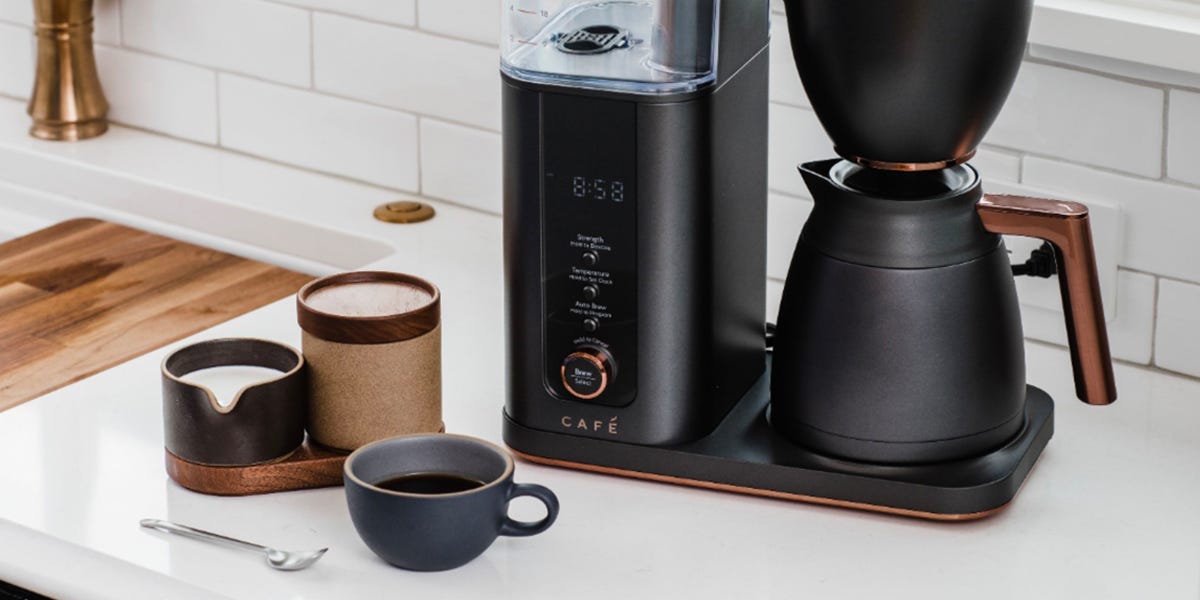 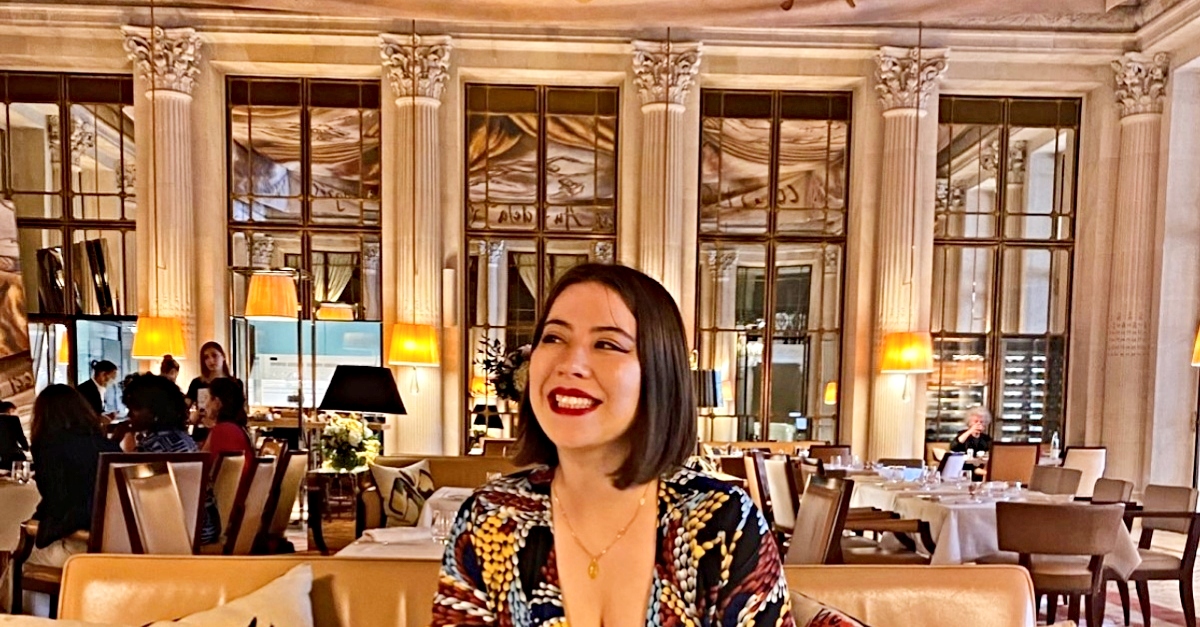 Woman Thrown Out Of Museum Because Men Won’t Stop Staring