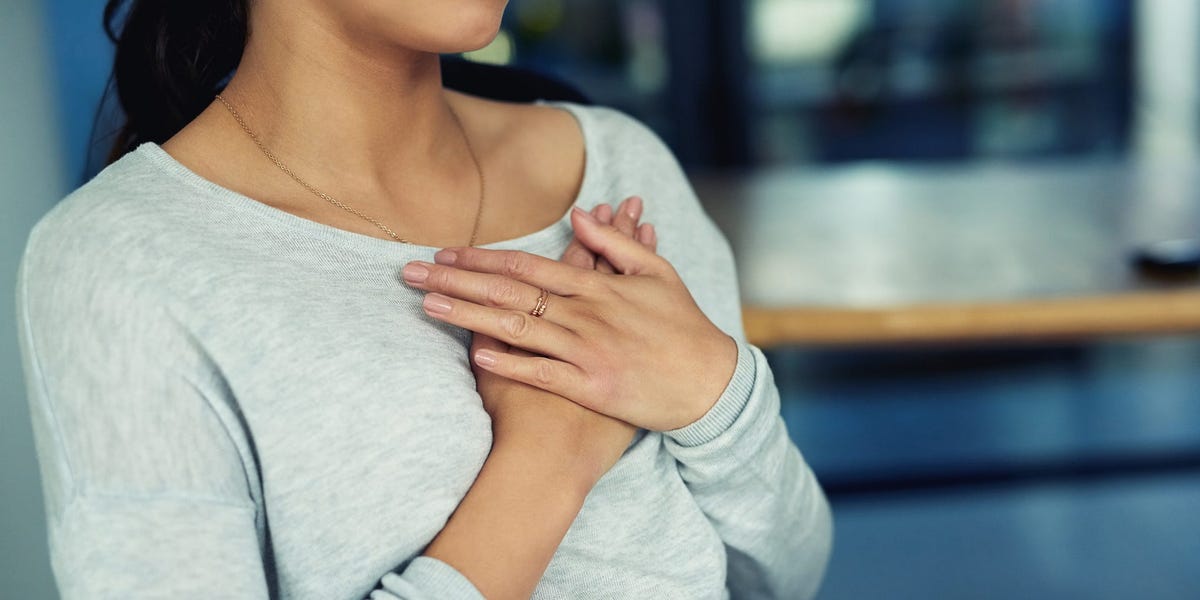 A broken heart may conjure up bittersweet stories and love songs — but experiencing a traumatic event may actually cause cardiac consequences.

Here’s what you need to know about the causes, symptoms, and treatment for broken heart syndrome.

Broken heart syndrome, which was first described in Japan during the 1990s, is a condition where the left ventricle — the heart’s primary pumping chamber — balloons out, while the base of the heart contracts. This may be dangerous because it negatively impacts the heart’s ability to pump blood properly.

Conversely, a heart attack happens when blood flow, which brings oxygen to the heart, is restricted or entirely cut off. Although heart attacks and Takotsubo cardiomyopathy are both types of muscle

that can cause similar symptoms, there are some key differences worth noting.

According to Jay Woody, MD, an emergency medicine physician and chief medical officer of Intuitive Health, heart attacks are often caused by blockage from fatty build-up known as plaque in the wall of the arteries — which can lead to a clot in the blood vessel that impedes blood flow to the heart muscle. Takotsubo cardiomyopathy, meanwhile, is triggered by a severe emotional or physical response that affects the heart muscle directly.

Broken heart syndrome can set in even if you’re otherwise healthy, according to the American Heart Association, which is why it’s important to understand the causes and symptoms.

According to Woody, the name “broken heart syndrome” refers to the fact that the condition can be brought on by emotionally traumatic events that negatively impact the physical heart.

He says the most common example of a stressor that can lead to this condition is grief from losing a loved one but notes that intense feelings of fear, anger, surprise, and other emotions can also be a trigger.

Some other events that might cause this condition include:

A 2020 study discovered an uptick in patients diagnosed with Takotsubo cardiomyopathy since the coronavirus outbreak — reaching 7.8% compared to 1.7% before the COVID-19 pandemic. Additionally, patients with this condition during the pandemic were found to have a longer hospital stay than those hospitalized pre-pandemic.

Researchers noted that the COVID-19 pandemic has added multiple layers of stress into people’s lives — not only are many dealing with economic changes, emotional issues, loneliness, and isolation, but they’re also grappling with constant concerns about themselves or their loved ones becoming ill. They concluded that this additional stress can have physical effects, as evidenced by the increasing diagnoses of Takotsubo cardiomyopathy.

Broken heart syndrome can also be caused by physical stressors, including:

Even positive events, like walking into a surprise party or winning the lottery, can bring on Takotsubo cardiomyopathy.

“Regardless of the cause of stress, the body’s response is similar: to secrete a large amount of the stress hormone adrenaline,” says Jennifer Haythe, MD, a critical care cardiologist at Columbia University Center. “In some instances, this can lead to Takotsubo cardiomyopathy, which can mimic a heart attack.”

While Takotsubo cardiomyopathy is seen in men and younger women, a 2015 study found that a staggering 89.8% of cases occurred in women between the ages of 58 and 75. The most common triggers were found to be physical (36%), followed by emotional shock (27.7%). Notably, a trigger could not be found in 28.5% of patients. The study also revealed that patients with Takotsubo cardiomyopathy were almost twice as likely as those with acute coronary syndrome (such as heart attack) to have a psychiatric or neurological disorder.

Latest research: A study published in 2021 found that diagnoses of broken heart syndrome are increasing much more among women ages 50 to 74 than younger women or men of any age. Scientists say this illustrates that women middle-aged and older are at increased risk of developing the condition.

According to Johns Hopkins Medicine and the American Heart Association, other symptoms and signs of Takotsubo cardiomyopathy include:

These symptoms may set in anywhere from minutes to hours after someone has gone through a physically or emotionally stressful event.

“Some people describe it as feeling like an elephant is sitting on their chest,”  says Haythe. “Sweating, jaw pain, left arm pain, nausea, vomiting, lightheadedness, palpitations, and mid-epigastric discomfort are all possible symptoms as well.”

If you feel any new symptoms in your chest, or have crushing chest pain or shortness of breath, experts urge you to seek medical attention immediately.

“Heart attacks have similar symptoms as broken heart syndrome, so it’s important to get a diagnosis because heart attacks can be fatal,” says Woody.

When a patient experiences symptoms similar to broken heart syndrome, medical professionals will typically rely on imaging studies, blood tests, and cardiac biomarkers to observe any potential abnormalities before making an official diagnosis.

Woody says that clinicians often use a cardiac MRI or administer an echocardiogram (cardiac ultrasound) that determines whether or not there is ballooning in the left ventricle, thus signifying Takotsubo cardiomyopathy. They may also use coronary angiograms, a procedure that uses X-ray imaging, to rule out a heart attack.

Can you die from a broken heart?

A 2015 study revealed that the rate of death for patients with Takotsubo cardiomyopathy was 5.6% per year. While death is rare, heart failure occurs in roughly 20% of patients.

While it can take up to two to three months to recover after a heart attack, Woody says a person will typically recover from broken heart syndrome within one to six weeks, making a full recovery within one to two months.

Treatment for broken heart syndrome will depend largely on which symptoms the patient is experiencing, and that, according to Woody, will dictate the severity of the condition. He states that clinicians will often recommend medications like beta-blockers, ACE inhibitors, and diuretics. They may also give aspirin to patients who show plaque buildup in their artery walls.

Beta-blockers and ACE inhibitors can be effective in reducing the effects of stress hormones, thereby helping to prevent a recurrence. Meditation and exercise are also proven to be effective strategies for reducing stress, which may play a role in triggering the disorder.

Some of the complications that can result from broken heart syndrome, according to Woody, include fluid in the lungs or irregular heartbeat. Obstruction of blood flow from the left ventricle and rupture of the ventricle wall are also possible, though rare.

“Symptoms can be treated effectively by medical professionals and are usually not long-lasting,” he adds. “Broken heart syndrome can be dangerous, but the condition improves rapidly, which means patients with a naturally strong heart shouldn’t experience lasting effects.”

Broken heart syndrome can be brought on by both physical and emotional stressors. The most common signs of this condition are chest pain and shortness of breath — and you can experience these symptoms regardless of whether or not you have any history of

Although broken heart syndrome is short-term and easily treatable, Woody says it’s still important to seek medical support to prevent it from causing lasting heart damage, which can lead to other symptoms.

Haythe says that people who have experienced one episode of Takotsubo cardiomyopathy are at risk for a recurrence. However, with quick recognition, exclusion of other causes, and proper treatment, she says this condition has an “excellent prognosis,” with most patients making a complete recovery.

What You Should Know About Your Weight Loss Products 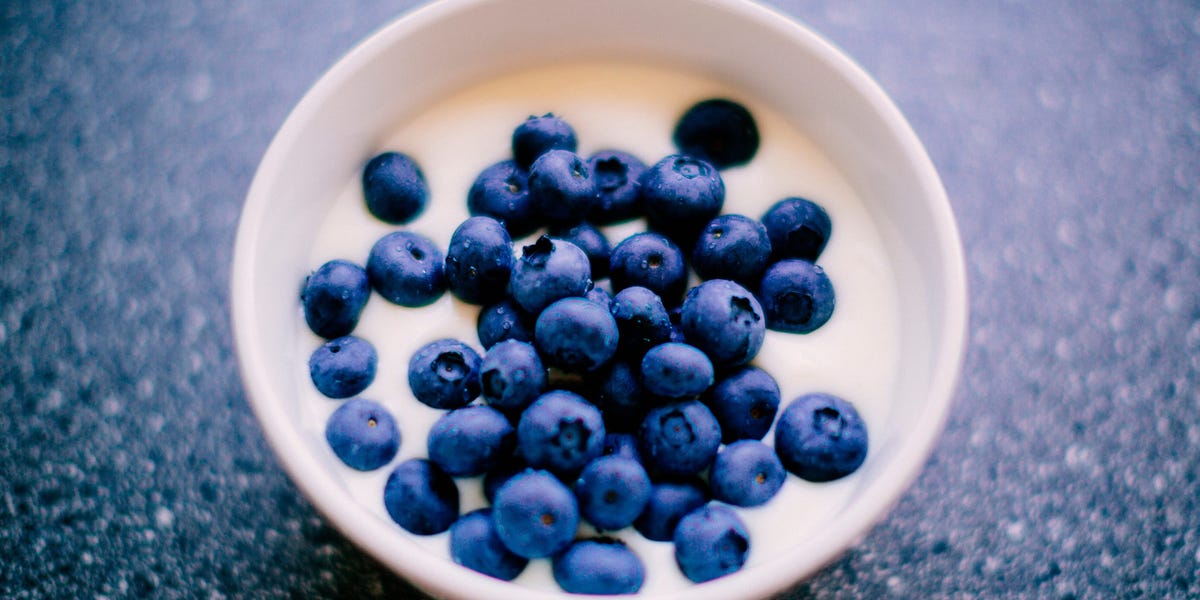