I’m sometimes asked to share some of the tips and tricks that I used along the way to lose a decent amount of weight on Medifast. Sometimes people assume that I have some mysterious “secret” or that I found a way to cheat but to still make progress. These assumptions aren’t entirely true. There were some things that I learned that made life on this diet easier, but there was never any major cheating or deep dark secrets.

In the following article, I will discuss how you can lose weight on Medifast in what should be a relatively quick and painless process.

Understand And Embrace Ketosis: Before I researched the meat and potatoes of this plan, I assumed that Medifast allowed you to lose weight because you were limiting your calories. This is true, but this assumption is oversimplifying things. There are two ways that the weight comes off. The first is probably what you suspected. You’re eating a restricted amount of calories. But, you’re also going to be restricting your sugar and carbohydrate intake while bumping up your protein and fiber consumption.

Now, before you think that this sounds difficult, know that the company pretty much does the work for you. The foods have been modified to meet all of these criteria. You do not have to do anything other than educate yourself about how to prepare a “lean and green meal.” As long as you eat what’s in your order and follow the instructions, this is already taken care of.

The reason that this is so important is that ketosis is where your body begins to turn on its fat stores rather than using carbs to fuel itself. This makes your weight and fast loss somewhat accelerated. And, this also makes some of the actions that you may be tempted to participate in (like skipping meals) extremely ill-advised.

Yes, you will be eating six times per day on Medifast. This is accomplished through five of the diet’s meals and one larger “lean and green.” This may seem like a lot. But, the meals are small. Although you may be tempted to cut out one or two of these meals each day, resist this at all costs. For ketosis to happen, your body needs support through eating. If you skip this, you place ketosis in jeopardy which in turn means that you might be losing less weight than you may have hoped.

Understand That Your “Lean And Green Meal” Is So Important: I sometimes have people who email me and ask if they can just eat one of the diet meals in place of this main meal that you fix yourself. While it’s understandable that it’s very nice to have your meals already done for you, the “lean and green” is there for a reason.

The doctors who developed Medifast understood that it’s important to get fresh foods and they also knew that, eventually, it was going to be important for dieters to learn how to plan for and make their healthful meals. You may think that you’re taking the easy way out by skipping this, but in the long run, it’s not the greatest idea.

Also, you must understand and follow the guidelines that Medifast will give you for preparing this meal. Think about it this way. You’ve worked very hard in being compliant with your other five meals and therefore are not going to have any problem with ketosis. But, if you chose foods that are high in calories or carbs in your main meal, then you have potentially negated all of your hard work and may jeopardize your potential fat burning and weight loss. It’s just not worth it to risk this.

There are lots of resources on the Medifast site and also on third-party blogs that provide recipes and tips to help you with this. Making the most of this meal doesn’t have to mean being a gourmet cook or being overly restrictive. It just means being smart about your choices.

Don’t Be Overly Restrictive Or Too Hard On Yourself: I know that it might sound like I’m being overly restrictive or strict. I don’t mean to be. I know firsthand that there is some leeway in this diet. I add sugar-free syrups to many of my diet meals as well as fat-free cheese and sour cream.

This has not had any negative impact on my weight loss. Also, you don’t have to be hard on yourself or overthink this. The research and counting have been done for you. There is no need to overanalyze any part of the process. You really can limit your responsibilities only to following the plan.

It’s also important to understand that almost everyone cheats at some point. This is built into the Medifast diet. It’s not that big of a deal unless you allow it to continue so much that you don’t revisit your goals and continue with the plan. A couple of days of cheating isn’t likely to derail you too badly. But if you never get back on the diet, then obviously your weight loss is going to stop as soon as you are no longer following the diet.

It’s my opinion that as long as you follow the Medifast plan to a reasonable degree and keep at it until you see the results that you want, there is no reason that you can’t be as successful as many others have been.

Want to Find Out How to Lose Weight and Keep it Off? The Secret is Finally Revealed, Right Here!

Can Feeling Better Actually Thwart Your Progress Towards Recovery? 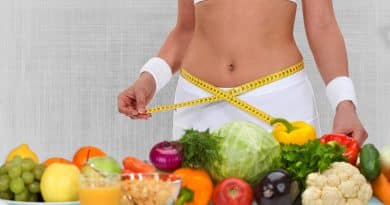