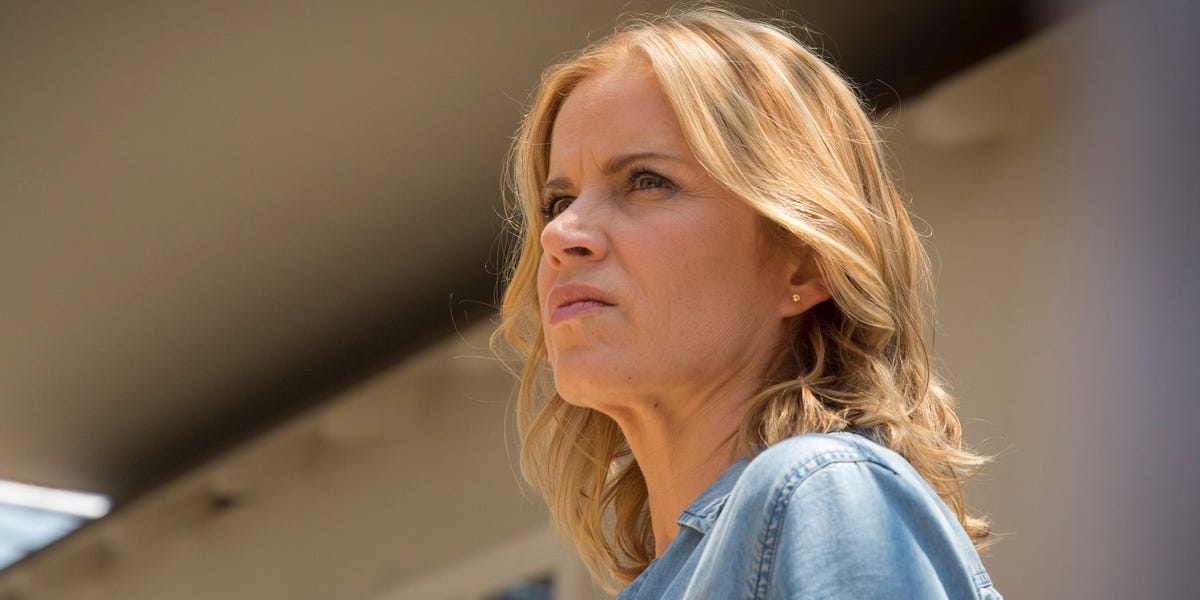 Madison Clark is returning to “Fear the Walking Dead.”

On Sunday’s episode of “Talking Dead,” AMC announced Kim Dickens, who played Clark on the show’s first four seasons before seemingly getting killed off, will return to “Fear TWD” next spring in the second half of season seven.

If you’re worried that this is just going to be a flashback scenario to close the loop on her character, that’s not the case.

“She’s alive,” Kim Dickens said on “Talking Dead.” “I’ve had the secret I think probably since this whole year.”

Sunday night, AMC also announced that “Fear TWD” will return for an eighth season. Clark will be back as a series regular for the show’s next season and it will not be in a flashback.

“This is something that took a long time, but it’s wonderful that it came together,” chief content officer Scott M. Gimple told Insider last week, teasing the big reveal.

In a press release, Gimple added, “If there were a Mt. Deadmore, Kim Dickens’ face would be on it. Madison Clark is a foundational character to TWDU — heroic, complex, an everyperson who becomes a warrior and then a force of benevolence. Kim Dickens’ raw talent, strength, and brilliance will electrify TWDU once more and we couldn’t be luckier to have her back.”

One of the series’ former protagonists, Madison was seemingly killed off “Fear TWD” in 2018’s season four mid-season finale when Andrew Chambliss and Ian Goldberg took over showrunning responsibilities from co-creator Dave Erickson.

In the episode, titled “No One’s Gone,” Madison sacrifices herself in order to save her friends and family.

During her final moments on screen, a herd of walkers closes in on Madison at the stadium where she and her family were residing. Though we never see her death, it’s presumed a horde of walkers tore her apart.

Dickens’ return has been in the works for a while.

“It said, ‘Girl you need to call me,'” Dickens said. “He goes, “Well someone’s asking about you on set.’ It turns out they were trying to gauge my temperature and sort of availability for a converation with them and I said, ‘Absolutely.'”

Dickens Zoomed with Chambliss, Goldberg, and Gimple in early January.

“They gave me the pitch and I was more excited than I even imagined I would be,” Dickens said. “We’ve known for almost the whole year.”

“The way that the story went in season four, we always saw as the end of one chapter, a very important chapter in Madison Clark’s story and one that had huge ripple effects on the characters who survived her and her influence continued to be felt in a very big way even in her absence,” Goldberg said on “Talking Dead.”

“We always knew that while it was the end of that chapter, there was more to be written in the book of Madison Clark,” he continued. “There were many more chapters that we wanted to tell. It was about aligning the stars and making sure it was the right story, at the right time to honor the character and to bring her back in a way that was surprising and new and exciting. We found the moment and, honestly, I could not be more excited to have Kim back.”

“It’s going to be fun to go back and work with all the new characters and find out what’s happened. I’m a little nervous about that war between two of my favorites,” Dickens added.

Fans have been asking for this for along time.

Since her departure from the series, fans have used the hashtag #BringMadisonBack asking for her return or some type of closure with the character. By fall 2020, over two years later, AMC seemed aware that fans still discussed Madison frequently.

Reddit user stephen6686 shared a screenshot of an AMC survey asking fans why they tuned into the season six premiere of “Fear TWD.” Fans were asked to select all options that may apply, which included an option that read, “I want to see if Madison returns.”

Of the online support, Dickens said, “I just want those fans to know it’s really meant the world to me and I think it probably made a significant impact on my being able to come back. It really just warmed my heart that they had such passion for the show and for the character. I just want to say thank you.”

If you’ve been following this saga, the announcement of Dickens’ return to “Fear” comes a little over a year after Chambliss and Goldberg first teased Madison’s potential return to the show, unexpectedly telling Insider it was something they discussed.

“Well, we never saw her body,” Goldberg told Insider in November 2020 when asked point-blank if Madison is dead.

“Madison herself said, ‘No one’s gone until they’re gone,'” Goldberg added, referencing the final line of dialogue Madison said on the series to her children and friends.

Days later, Gimple told Insider there was “absolutely a chance” Madison could return to TWD Universe in some way, but they needed to “work it out with everybody involved.” At the time, Gimple said they were exploring “a lot of narrative possibilities” not only for Dickens’ return in “Fear TWD,” but “within the greater ‘Walking Dead’ universe.”

He teased to fans that we could possibly see her back on “TWD’s” upcoming anthology series, “Tales of the Walking Dead” at 2020’s virtual New York Comic Con panel.

Since then, the question of Dickens’ potential return has become a habitual topic between Insider and the “Fear” showrunners, usually going nowhere, but always providing a light-hearted moment of conversation.

Fast-forward to April 2021 and Chambliss had a much more reserved outlook on a potential Madison return, telling Insider, “If there was something to say, we wouldn’t say it.”

By the end of season six, a few months later, Madison was no where to be seen on the show, but Chambliss kept hope alive, telling us it didn’t close the door on anything, adding, “I think we’re just going to have to wait and see where the story goes.”

Most recently, in October, when Insider asked if we should continue to inquire about Madison any more, both Chambliss and Goldberg told us to “never give up.”

Always taking our Madison questions in stride, this time, Chambliss turned the tables on Insider, asking, “If we had an answer to a Madison question, do you think we would really give you the answer?”

Why Madison’s return is a big deal: Dickens never wanted to leave the show.

Kim Dickens plays Alicia’s mom on “Fear TWD.” Alicia is one of the few original characters left from season one.

Dickens’ shocking exit from the series was a surprise to fans and the actress alike.

Dickens told Entertainment Weekly it was “disappointing” and “heartbreaking” to learn about her character’s demise. She thought there were “so many more stories to tell” with her “ferocious” mama bear.

“I’m so proud to have been a strong female empowered lead of a genre show,” told EW in 2018. “They’re usually led by male leads, and it was just such an honor to have this special experience of being that lead female calling the shots. And also, I’m not in my 20s or not in my 30s, mind you.”

Dickens previously told MovieWeb she would be open to returning as Madison, adding that she would “have to sit down and talk about it.”

How and why would Madison return to ‘Fear TWD’ now?

After the season seven mid-season finale, “Fear” is a little directionless right now. There’s radiation in the air and somehow no one is really being affected by it. Instead, it feels a lot like a repeat of season six. The survivors were separated and are slowly being brought back together once again.

When “Fear” returns from its hiatus next year, it looks like we’re about to see a repeat of “TWD” season eight in an all-out-war between two characters. This time around, instead of Negan and Rick, it’s Victor and Alicia, respectively. This half-season has already been building Victor up to have several parallels with Negan, right down to him referring to his Tower community as a Sanctuary, something which Sherry and Dwight (who formerly lived under Negan’s rule) called out as such.

A fight between Victor and Alicia, two people who have cared for each other like family, is, at the end of the day, silly and a waste of resources. It’s the perfect time for Madison to step in, break that up, and have the two patch things up. Both Victor and Alicia are in dark places. They could use a bit of light to help them see there’s no point in fighting when there are larger issues in the zombie apocalypse to confront.

As for where Madison has been? Perhaps she was found and saved by part of the Commonwealth or CRM armies. (We’re holding our breath for any type of crossover, though.) The answer’s probably something a little more obvious.

Maybe Madison is the leader of the mysterious, mythical Padre location that everyone has been trying to find on the first half of season seven. Wherever she’s been, let’s hope she reunites with her daughter, Alicia, soon. In the mid-season finale, it was revealed that Alicia was bit and amputated her arm.

However, it’s been a few months and she’s still fighting some sort of infection. It’s unclear if this is a regular infection caused from the amputation or if her body is fighting off the walker infection, which would be a larger revelation in “TWD” universe. (In a synopsis for the next batch of episodes, Alicia’s described as being “plagued by a mysterious illness.”)

Either way, we’d want Madison and Alicia to have a mother-daughter reunion in case Alicia’s days are numbered.

“Fear TWD” returns to AMC next spring to close out its seventh season on April 17. It will return a week earlier to stream on AMC+. “TWD” continues to air its final, 11th season in February.

You can watch the teaser for the second half of “Fear TWD” season seven below. (It does not contain Madison.) All in due time.

You can follow along with our “TWD” universe coverage here. 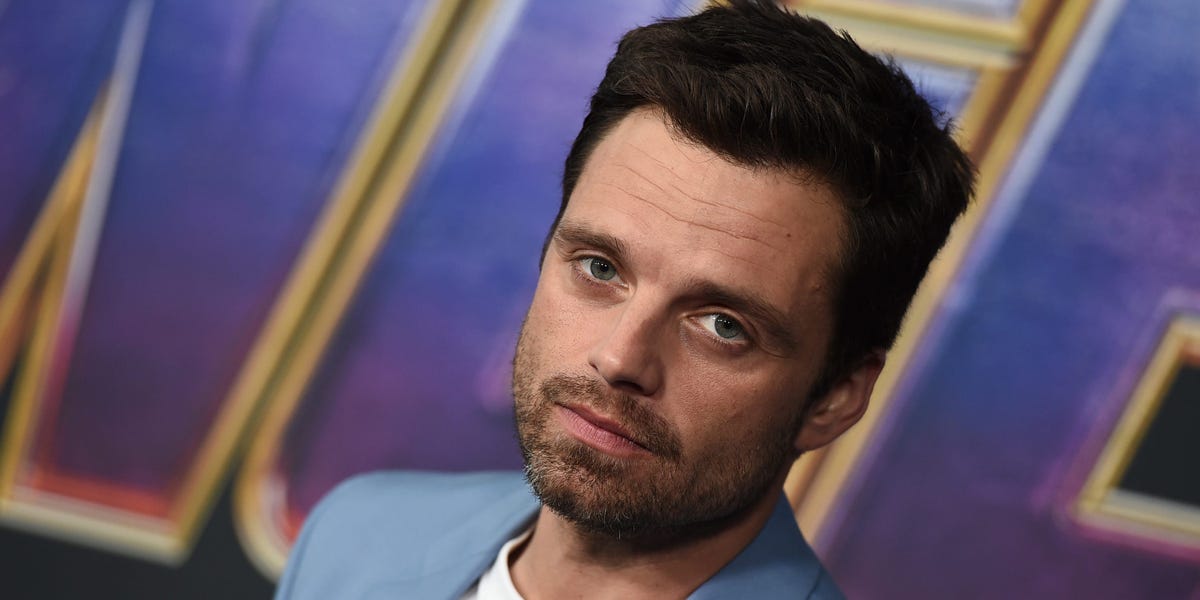 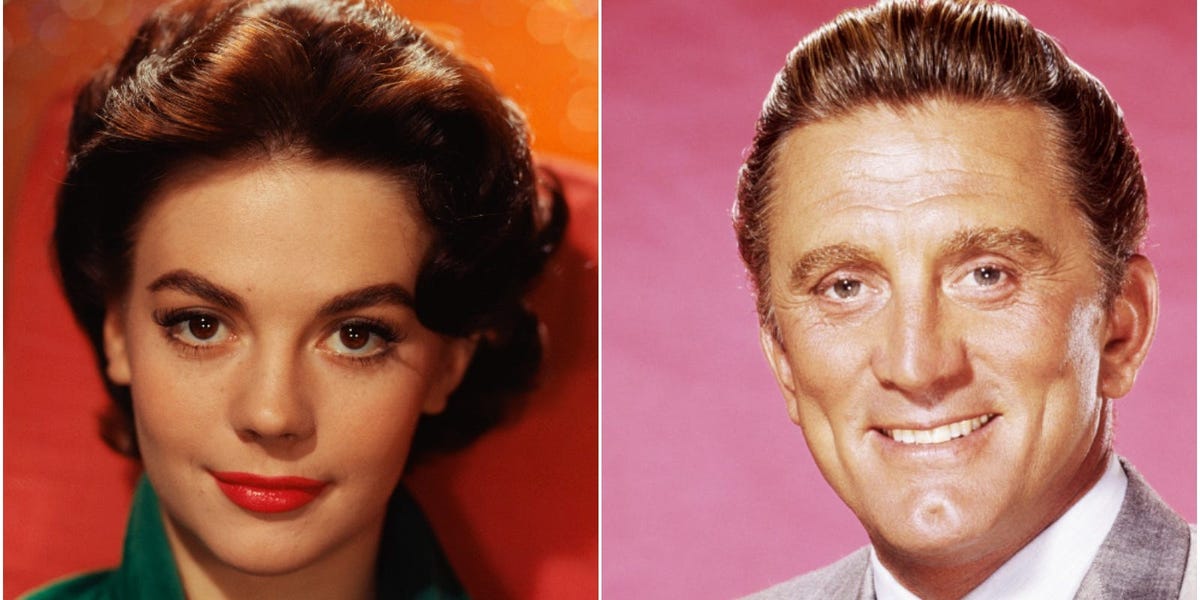 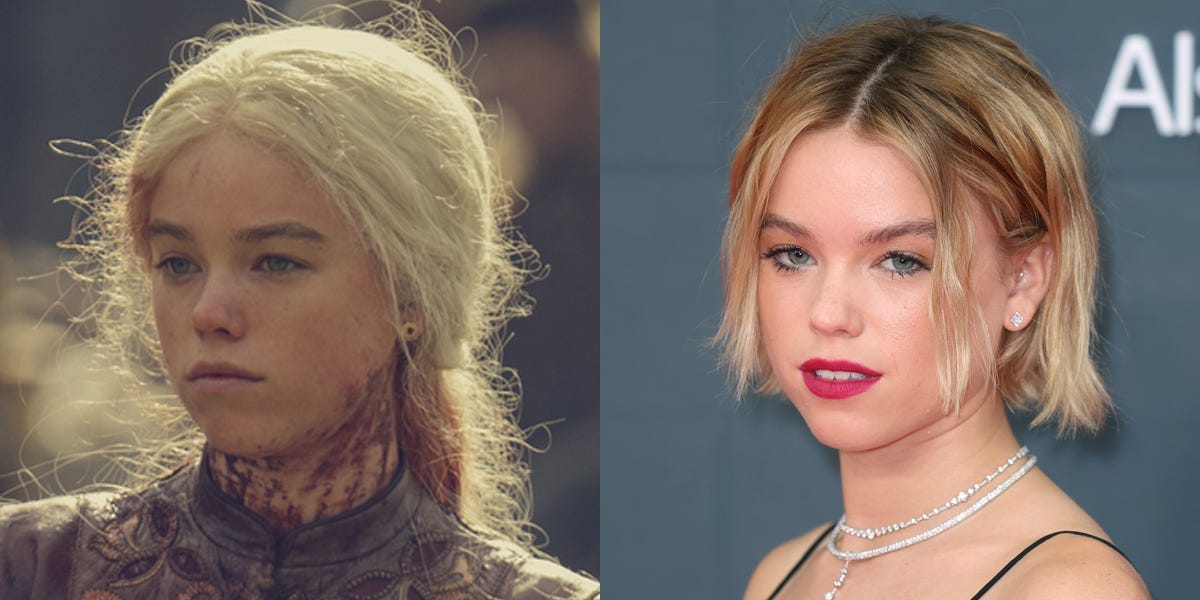