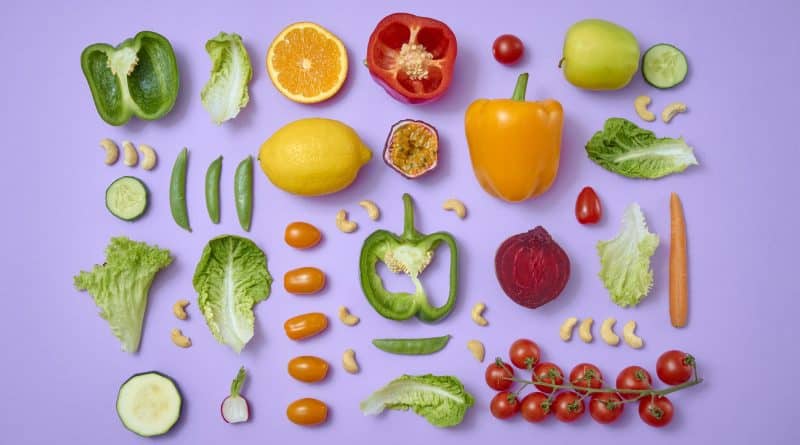 There is a common belief that to succeed in sports, you need to eat meat and drink milk. It is thought by many that vegans won’t have the necessary strength or stamina to beat meat eaters. These beliefs are false and based on a lack of knowledge.

The ‘proof’ that’s sometimes offered is that there are hardly any vegans who are at the top in sporting endeavors. This is faulty logic that could only be applied if there were an equal number of vegans to meat eaters.

There are precious few vegans in the world. To become the best in any sport you need dedication and focus to reach the top when there are so many distractions that could stop you. Not many people have that dedication. You need the right genes to give you an edge over your competitors. Very few have the right genes that can make them champions.

If there is only, say, 1 person in 400 who is vegan, what are the chances that 1 person is the one who has the ruthless dedication and the right genes for the sport they are interested in? What is the chance that they will have had the right encouragement or influences when young that will bring them into that sport?

You would be much safer betting that a meat eater would have those things because there are 399 meat eaters and only 1 vegan. We’d have to pin all our hopes on that 1 vegan to emerge with everything needed to be a champion. Your money would be much safer betting that one of the 399 meat eaters would have what it takes. It’s a numbers game: double the number of vegans and you’ll double the number of vegan champions.

In the UK there are supposed to be about 250,000 vegans out of a population of 60 million. That is about 1 person in 240. Some will have been vegan for just a few months. Some will revert to being meat eaters or Lacto-ovo vegetarians. There is an even smaller percentage of vegans in some other countries. It is my guestimate that long-term vegans are more likely to be less than 1 in 400 or even 1 in 500.

If you have a group of 400 how many will have the genes to become a champion? Very few. How many of that very few will have the determination? Very few. How many of the very few (of the very few) will be vegan? Most probably not even one. More likely those people will be meat eaters. But vegans do still manage to become champions against all those odds. Strange, isn’t it that the still common perception of vegans is of weedy, skinny, weak, and unhealthy people?

Most top sportspeople are single-minded in their pursuit of excellence. They won’t let anything get in their way. They are willing to give up family life, friendships, and leisure time to concentrate on training. They are ready to risk their health, as can be seen in the number who are willing to take dangerous performance-enhancing drugs.

They are willing to train to excess to such an extent that their immune systems are weakened. They care nothing about the possibility of suffering from arthritis in later years as a result of punishing their bodies in training and competition.

Winning is everything to them. They are like fanatics. And, like fanatics, nothing else matters as much as the object of their desire. Compassion for farm animals is of little importance to them in comparison. Thus, this fanaticism will prevent many individuals who might have become vegan from doing so because from an early age, like all of us, they have been indoctrinated with the lies that meat and milk are necessary for good health.

This lie reduces the number of athletes and sportspeople who could become vegan and who could go on to glory in the sporting arena. Being a champion is more important to them than being a vegan. The few vegan champions are those who don’t believe the lies about meat or those who put compassion first.

There are quite a few vegan sportsmen and women who regularly beat meat eaters. I will only mention a few as representatives of the vegan sporting world.

Mac Danzig won his King of the Cage fighting title as a vegan. You have to be tough to survive in that type of contest and yet he thrived and prospered.

Carl Lewis has said that his best performances on the running track came when he was following a vegan diet.

Scott Jurek is the multiple winner of 100-mile races and twice winner of the Badwater Ultramarathon, which is run for 135 miles. The race starts in Death Valley, at 280 feet below sea level, and finishes at Mount Whitney Portal, which is 8.360 feet above sea level. That’s a 135-mile course over three mountain ranges with a cumulative ascent of 13,000 feet and a cumulative descent of 4,700 feet. You have to be tough just to think about doing it.

Brendan Brazier is a vegan and a professional Ironman Triathlete, twice the winner of the Canadian Ultra Marathon championship.

So, vegans can be world champions in both sprinting and endurance events. But what about strength sports? Can vegans be strong? Or can they be top bodybuilders? Can they build up formidable strength or huge muscle bulk?

Many very strong vegans train with weights. There are quite a few impressive bodybuilders who have built up their bulk on vegan diets.

But where are all the vegan Olympic weightlifting champions and powerlifting world record holders, then? Where is the vegan who has won the World’s Strongest Man title?

Give it time. As I said above, there aren’t enough vegans from whose ranks these people can emerge. It will happen. It is happening.

What about the men? Perhaps too many male strength athletes are worried about not getting enough of their usual slaughterhouse products. Again, give it time for the truth to reach them. There are many vegans in training, as can be seen in the vegan fitness and bodybuilding forums. Wait until they start to achieve more success and then the timid meat eaters will see that they have nothing to fear in giving up the meat and milk that their mummies told them they had to eat to grow up big and strong. They will realise that real men don’t need to eat meat.

What about vegan bodybuilders? Until a very a few years ago there weren’t any special supplements for vegan bodybuilders. Meat eaters were spoilt for choice but vegans had no choice because there wasn’t anything to choose from. Very few bodybuilders rely on just normal food. They take supplements in the form of powders and pills. And many (most pro ones?) take dangerous and illegal drugs. Many of them have muscles that are partly the product of the chemistry lab. Anyone who could build huge muscles on a meat-based diet could do so on a vegan diet.

Not everyone can build competition-winning muscles. Again, the vegan who does so must have the right genes. And the time and dedication. He must be that rare individual who just happens to have all the right attributes. Not much chance that many vegans are like that. More likely that someone from the huge majority of meat eaters will have what is required. You are more likely to find a top athlete or a Nobel Prize Winner in Scotland than on the Isle of Man. Not because the Scots are inherently superior to the Manx people. But because there are more of them.

Don’t believe the lies of the vested interests of the meat and milk industries. They have invested heavily in cruelty and they need to keep the people convinced that the slaughter and abuse of their victims are necessary for the continued health of humans.

Believe instead the many healthy, strong, and fit vegans who daily prove how healthy the vegan diet is. There is nothing humans need that cannot be obtained from a well-balanced vegan diet. A vegan diet is suitable for humans of every age, as the American Dietetic Association and Dietitians of Canada acknowledge.

What Types of Vegetables Can I Eat on the Candida Diet?

All 13 Vegetables That Start With K (The Longest List)